When son Adam was born with Down syndrome 30 years ago, NASCAR driver Ken Ragan and his wife, Beverly, could only think about making sure he would be able to learn and grow like other kids. Today, the trio cheers the family’s next generation of NASCAR drivers and Adam’s younger brother, David. But it’s what the family does off the track that may make you cheer loudest.

Long ago, I shifted from fear to acceptance when it comes to my 4-year-old son Charlie’s extra chromosome. I love every bit of him, including his DNA.

But what’s not acceptable is that Charlie has a greater chance of developing Alzheimer’s disease because he has Down syndrome.

NASCAR driver David Ragan loves to drive fast and wants to win whatever race he can. It made perfect sense when the LuMind Foundation asked Ragan to chair its first annual fundraiser, the Race for Research: Accelerating Down Syndrome Cognition, which took place this summer. 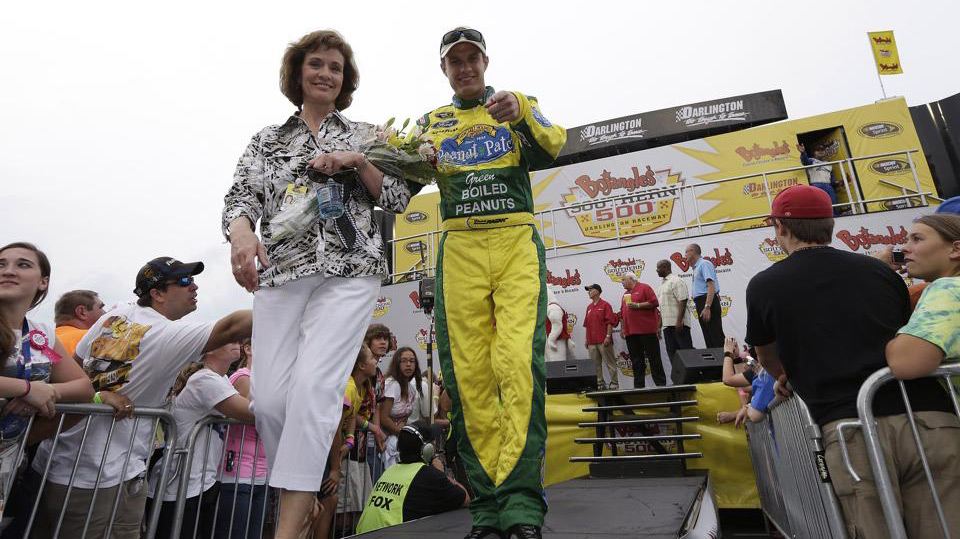 That means we share a sense of urgency to fund research to help our loved ones. We also share a building outrage that research progress is stalled because of a lack of funding.

You see, if research doesn’t progress quickly enough, it’s possible Charlie and I will develop Alzheimer’s disease at the same time, because people with Down syndrome can develop the condition as young as 40 years old. (I’ll be 77.) Adam could begin to show symptoms in as few as 10 more years.

The entire Ragan family — with a history of racing success — became involved in the 2014 Race for Research, and their determination gave me hope. Because my Charlie has two younger siblings, David’s perspective of his brother also has been reassuring. 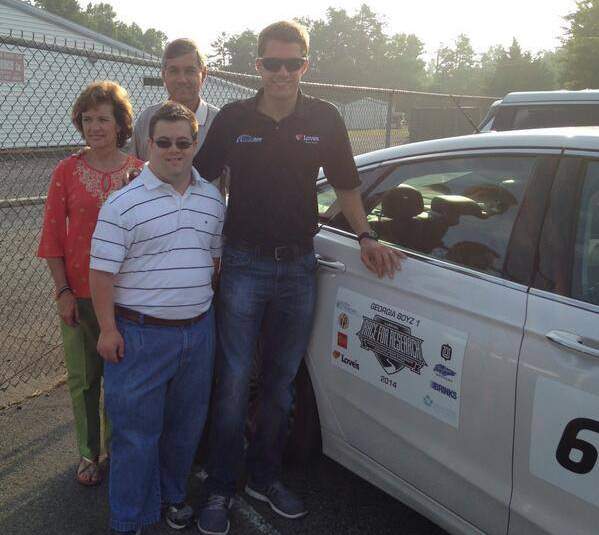 “Adam is just a normal older brother,” David says. “My parents didn’t really teach or tell me anything about Adam’s capabilities. They just always treated him the same as me.”

Today, the Sprint Cup competitor and his family are racing to fight the onset of Alzheimer’s disease in Adam.

David’s father, Ken Ragan, was a 2011 inductee into the Georgia Racing Hall of Fame after racing in the ’80s and ’90s. He now manages David’s career while also working with Adam at the family’s Ford dealership in Perry, Ga.

Thanks to the Ragans’ unwavering involvement, LuMind’s Race for Research: Accelerating Down Syndrome Cognition Research raised more than $100,000 — double the event’s original goal.

“When Adam was born, all we thought about was making sure he was able to learn and grow just like all the other kids,” Ken says. “He is 30 years old, and he has been able to have a great life. But, we do realize he is going to continue to grow older, and we want to make sure his quality of life will continue to be good.

“… Adam has led us down so many more paths in this world that we would have never taken. We consider ourselves lucky.”

I asked Adam what he wanted to say to people in general about Down syndrome. His answer is as pure as the Ragans’ dedication:

“We are cool people and just like everyone else,” Adam says. “We also like to have fun with anything we do.”

Don’t tell me I should have aborted my son with Down syndrome
When families fail parents of a child with special needs
Down syndrome: Why I don’t want my kid to hug everyone

I Didn’t Get My Kids the Flu Shot, & I Totally Regret It

It’s Okay to Grieve Kobe: How to Help Your Kids Cope With the Death of a Celeb They Love