Part of a restaurant critic’s job is to discuss the ambiance of the dining experience. However, one Kentucky writer not only negatively discussed a breastfeeding mother that was nearby, but she doesn’t understand that what she did was wrong.

How did this make it past their editors? The Courier-Journal, a newspaper out of Louisville, Kentucky, published a review by restaurant critic Nancy Miller. Miller mused on the merits of local restaurant Palermo Viejo, but managed to slip in a completely irrelevant and judgemental paragraph about a fellow diner who was nursing her baby.

“… I wish the nursing mother at an adjoining table would have thought to bring a cover-up or would not have assumed that other diners would welcome being that close to what is undeniably a natural and loving bonding experience,” she wrote.

Hallie Lyninger, mom of two, may have been the mom in question. When she first saw the review, she thought the breastfeeding bit was strange, but when she thought about it, she realized she and her family had visited the same restaurant within the last few weeks — and she had nursed her baby during their visit. 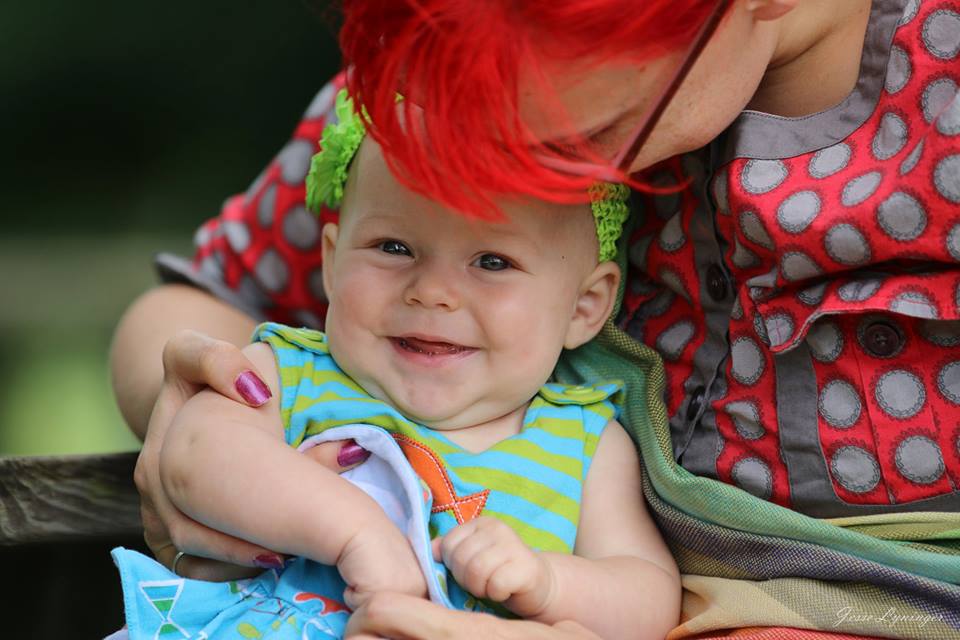 While she’s not totally sure she was the one discussed, it rang a bell because at one point a female patron shot her a dirty look. She originally thought the look was about her 3-year-old clacking silverware, but now she thinks it may have been about nursing. Her reaction? “Oh, that’s probably me that she’s talking about!” she shares. “Hilarious!”

The uproar that took place once the review was posted was enough for the editor of the paper to remove the offending paragraph from their website, and Miller addressed those who felt she was in the wrong. The kicker? She said that she really didn’t think that it was that big of a deal, she didn’t really shame the mother and gosh, she’s not going to write an apology. So forget waiting for one.

Every bit of her statement is bogus and proves that she really doesn’t have a grasp on the reality of a nursing mom’s life. She also don’t seem to be able to rotate her head and look away, or even avert her eyes — and whose problem is that? Not the nursing mom’s. It’s Miller’s.

Lyninger says, “I’m coming up on three years of total breastfeeding, and have never used a cover. No one has ever said anything to my face about nursing in public, and perhaps I’m just oblivious, but it’s never struck me as a big deal. People only seem to get worked up about public breastfeeding on the internet.”

Adding in the silly paragraph about the breastfeeding mother did nothing more than discredit Miller’s integrity as a restaurant reviewer and possibly damage the reputation of the publication she works for. A restaurant review is no place to push your agenda, Nancy Miller.