Six-year-old Kaige loves sharks, Bill Nye the Science Guy, swimming — and pink fluffy things. When his mom, 27-year-old Ashley Dawn, let him choose his own clothes and hairstyle, he expressed his personality in an adorable way. 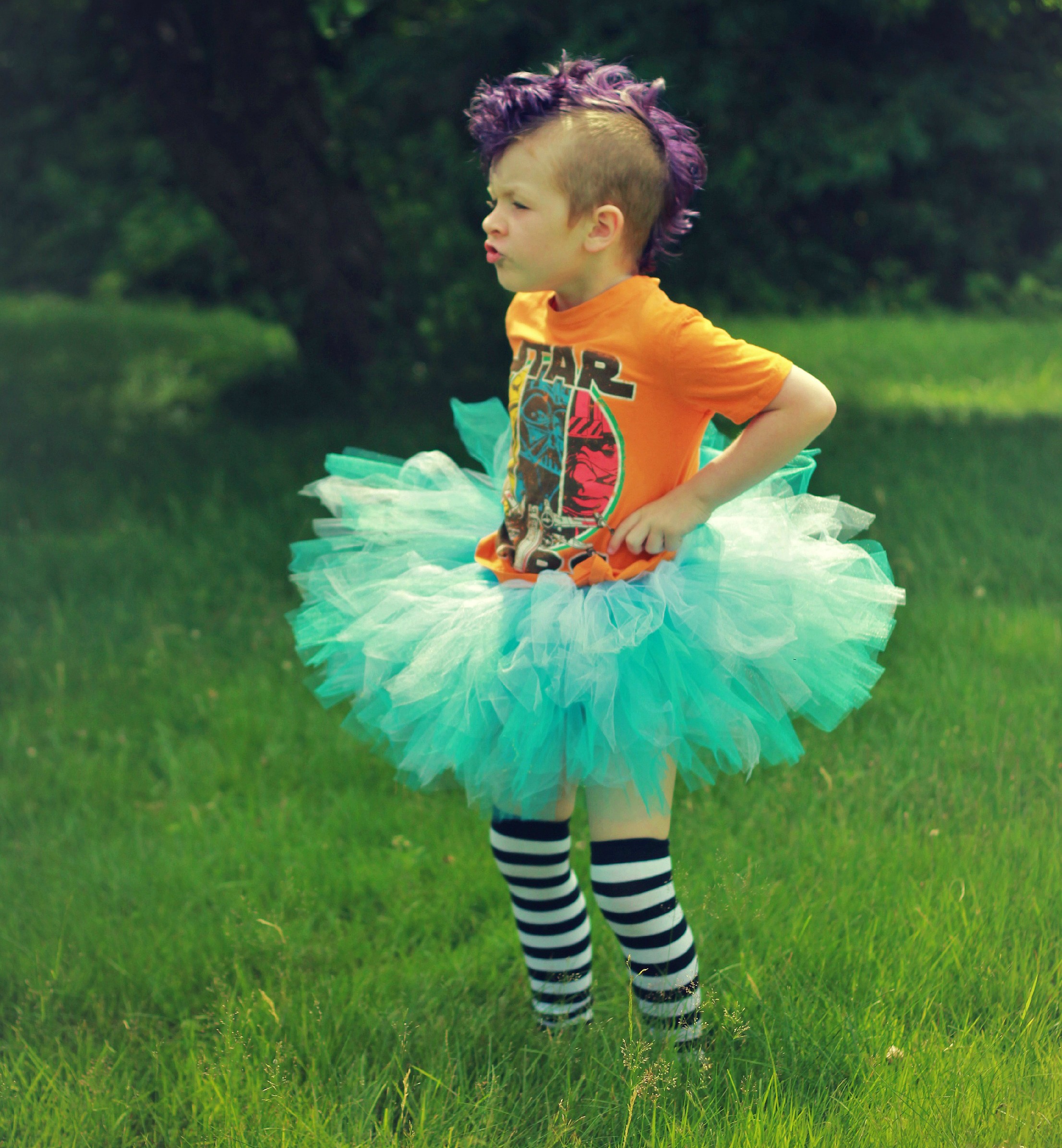 Last year, he began asking to borrow dresses. It didn’t surprise Dawn, because Kaige had always preferred the color pink. Then Kaige told her he wished he was a girl. Taken aback, Dawn asked Kaige if he wanted to be a girl all the time or if he still liked doing boy things. “He said he just liked playing princesses and ninjas and didn’t want to be made fun of and that girls are allowed to do boy things too,” she says. “He said it’s not fair.”

It says a lot when a 6-year-old boy is able to recognize gender inequality. Dawn and her husband immediately decided to give Kaige the freedom to express himself however he wanted, without forcing gender expectations on him. He loves wearing his tutu, but he also likes wearing dress shirts and ties to school.

“For now we will just let him experiment and let him decide when he’s older what he wants,” says Dawn. “I feel like a great deal of the depression and hate in this world comes from children being raised to think who they are and how they feel is wrong, then they grow into broken, confused adults.” Dawn admits that when Kaige first expressed an interest in dressing like a girl, she was terrified — not because it bothered her, but because she feared the way the world would treat her child.

Dawn shared a photo of Kaige in his tutu to try to show other parents that it’s OK to let kids express themselves freely. “I’ve received so much mail from people telling me how much they wished their parents had been more understanding and how it ruined their childhoods,” she says. “It makes my heart heavy because it’s really so easy and harmless.”

While the results have been overwhelmingly positive, Dawn still received a fair share of hate mail. She’s been told she’s ruining her son, that he’s going to hell and that he’ll kill himself when he’s older. Some even suggested that she beat the “gay” out of her son. Still, Dawn and her husband persevere and don’t regret sharing Kaige’s photo. “For now we need to raise our children to be happy with who they are and teach them that everybody deserves respect and equality so they can grow up and hopefully change the world for the better.”

More on kids and gender