Sam’s Club tries to pull a fast one on a breastfeeding mom, claiming that they couldn’t give her the breastfeeding and bath time photos they had printed. However, their policy against nudity shouldn’t include breastfeeding photos.

“I was furious and embarrassed that I was singled out,” Jerrika Aiken tells me as she recounts her experience at her local Sam’s Club. When she went to pick up the hundreds of photos she had dumped off her phone, she noticed the clerk picking out a few before placing them in the envelopes.

The funny thing is, she knew what the rejected photos were going to be even before she asked. She had included several breastfeeding photos as well as a few of her little ones in the bath with no genitals exposed, and she shares that she just had a feeling those would be the ones they would refuse to give her. She was right.

Aiken immediately asked to speak to a manager, and she says that when the clerk went over to speak with him, she did as well. “I said that I would be calling the cops about my photos because I could pull my breast out right here and nurse my child,” she explains. “And there wasn’t a damn thing they could do because federal law protects me. It was discrimination about my photos.”

They hemmed and hawed and agreed to give them to her “just this one time,” but be warned — printing photos that contain nudity was against their policy, and they wouldn’t do it again.

Now we come to the root of the problem. This problem has plagued moms on Facebook, Instagram and other social media platforms for years. What constitutes nudity? What makes a photo obscene? She was kind enough to send us a selection of the photos they initially refused to give her, and as you can tell, there is no obscenity there. 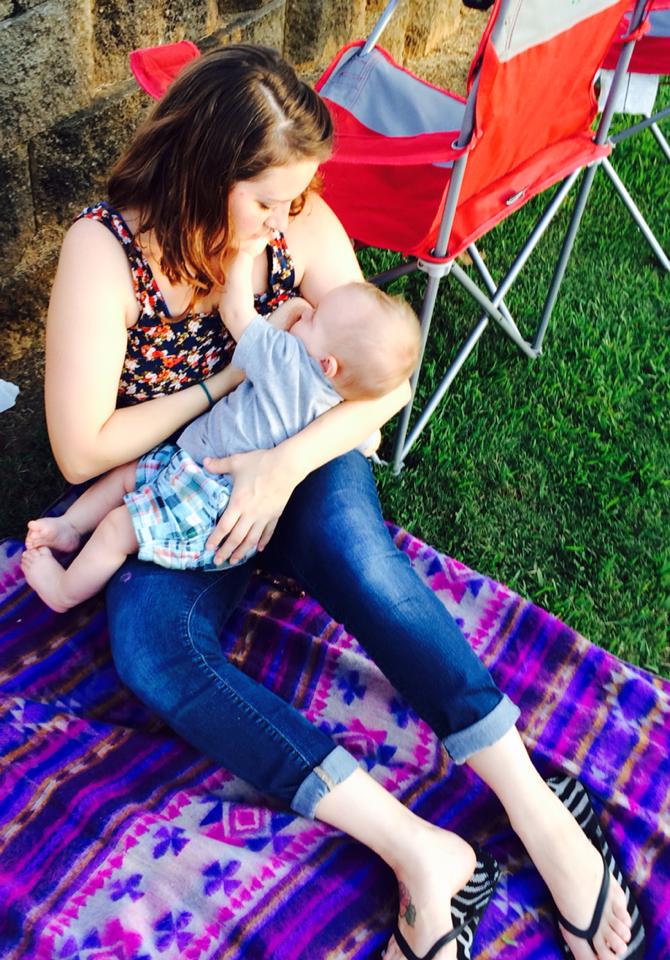 And she’s right. This is yet another disturbing indication that breastfeeding is still seen as a sexual act that should only take place behind closed doors. It’s simply not, and refusing to print a breastfeeding photo (or a photo of small children in a bath tub) is a little weird to me. I have to say that after all of the things I cover, I continue to be surprised at the discrimination moms face.

Aiken hopes that Sam’s Club updates their policy about printing photos with “nudity.” And I certainly do too.