GoTopless Day is August 24. Around the world people will be baring their breasts to bring awareness to the idea that boobs are boobs regardless of gender. The Texas GoTopless group is taking things a step further though, mixing gun-control propaganda in with their advertising. Guess what? I’m all for equal rights until you question my right to bear arms. 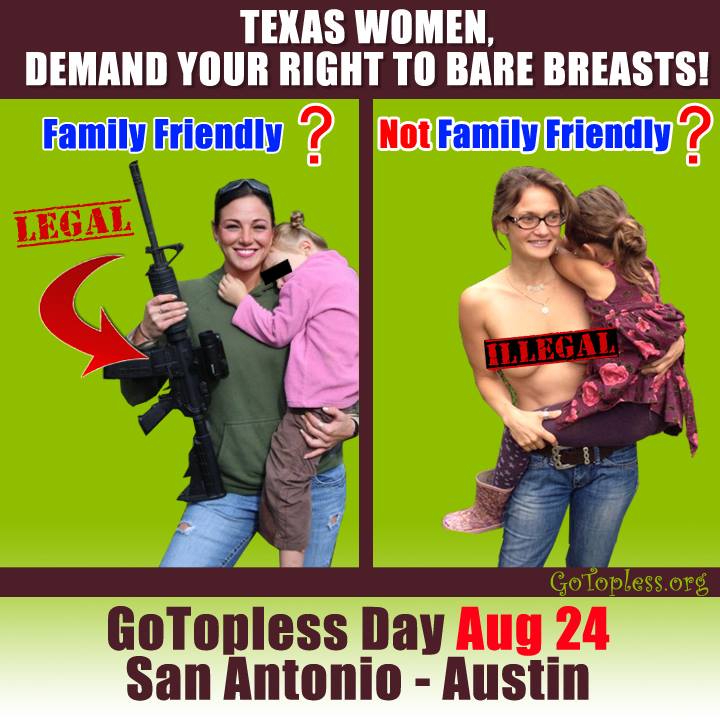 As an advocate for the normalization of breastfeeding anytime and anywhere, GoTopless had my support. I will wholeheartedly encourage any organization out to desexualize breasts and make their public display no big deal. But to imply that a cultural, gender-related issue is on par with Second Amendment rights — a topic so regarded by our country’s founders that it came second only to God — is not only silly but offensive.

With the exception of some with nursing difficulties, having to cover your breasts is inconvenient at worst. Having to relinquish your firearms leaves you at the mercy of the government. While some may be supportive of the general state of direction our country is headed currently, they would be wise to remember how quickly things can change post-election. An unarmed people is a people unprotected, or as the “Father of the Bill of Rights” George Mason more eloquently put it, “To disarm the people is the most effectual way to enslave them.” 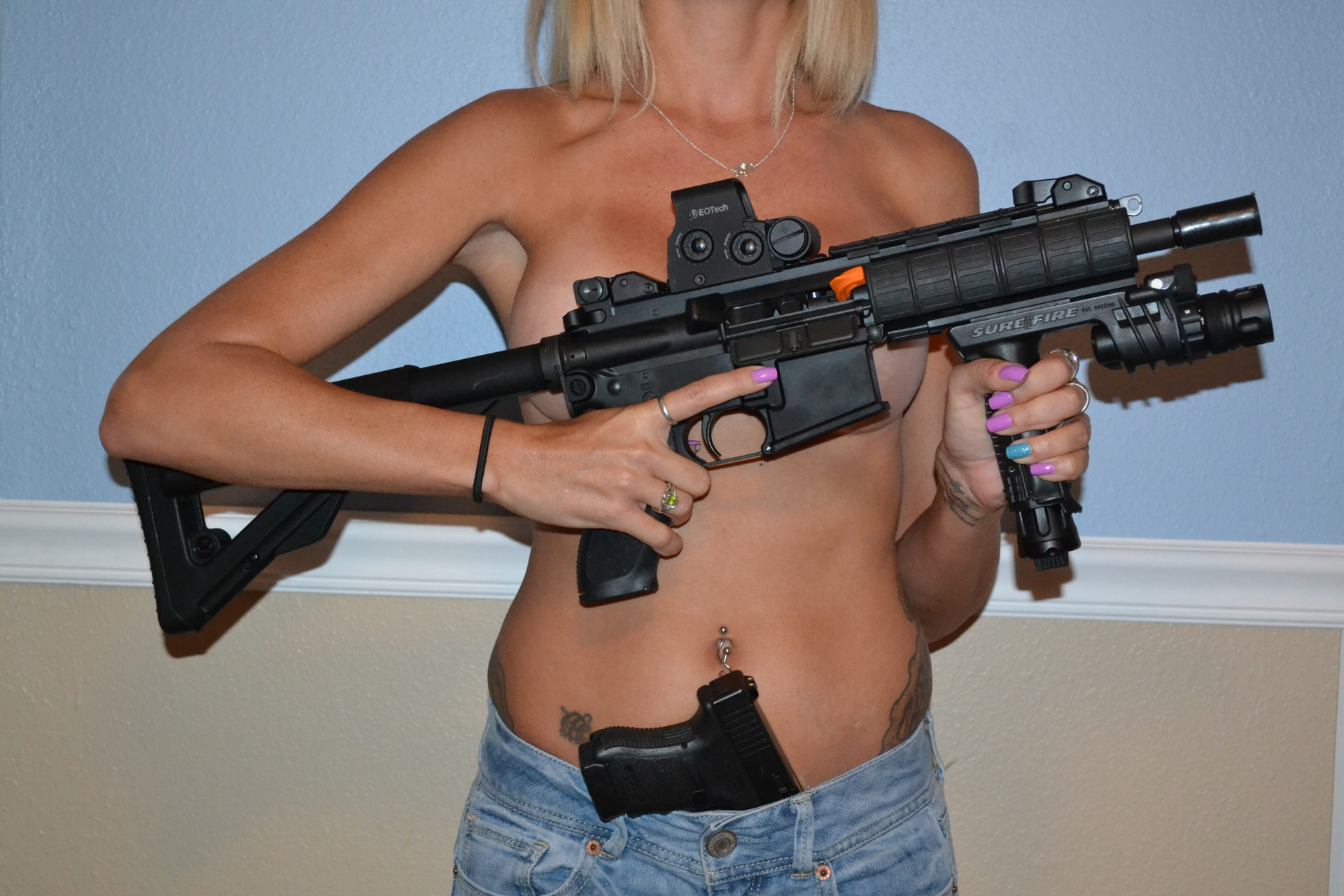 The GoTopless cause is a logical companion to the breastfeeding rights movement, and both fall under the laissez-faire principle most Second Amendment rights activists propose — let it be, leave it alone. There is no reason to imply that one cannot coexist with another, that you must either be for the right to bear breasts or the right to bear arms. GoTopless should keep in mind not all gender-equality women are anti-gun, some of us believe in the rights of both groups.

More on parenting and guns

Weapons for girls glamorize violence
Do you ask other parents if they have guns in their home?
Packing heat on the playground: Teachers with guns