At just 14, Trisha Prabhu is a global finalist in the Google Science Fair 2014. After being moved by the suicide of a 12-year-old girl who was bullied online, Prabhu began researching the science of cyberbullying.

It only takes a few seconds to leave hurtful messages online. From the trolls who camp in comment sections to teens who take bullying to devastating new lows, internet users frequently display a total lack of empathy. Those on the receiving end of cyberbullying are real people, and 14-year-old Trisha Prabhu has made it her mission to defend them. Her project, Rethink: An Effective Way to Prevent Cyberbullying, made her a global finalist in the Google Science Fair 2014.

Prabhu hypothesized that a simple alert and question might discourage kids from posting hurtful comments. In 1500 trials, she proved her hypothesis to be correct. 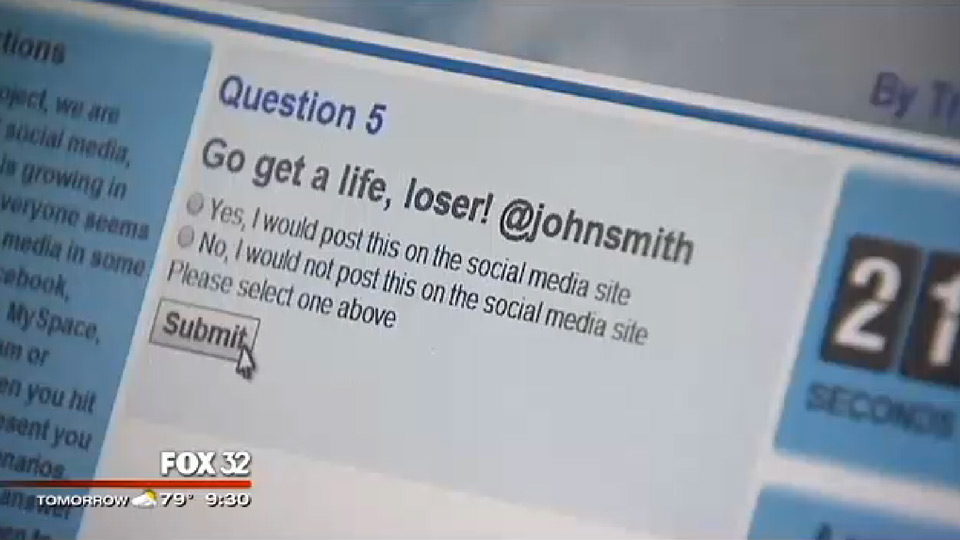 Encouraged by her findings, Prabhu has already designed a prototype that will work with existing social media sites and apps. “I am looking forward to a future where we have conquered cyber-bullying!” says Prabhu, who has been at the receiving end of bullying comments online over the way she dresses.

Can adults get in on this system once it’s up and running? It seems like most of us could take a moment to stop and rethink before engaging in a Facebook fight with in-laws or pulling the trigger on Amazon Prime purchases after two glasses of wine.

Cyberbullying on Minecraft
5 Ways to protect girls from online bullying
Can you steer your kids away from Facebook?