Authorities say 29-year-old mom Tiquana S. Pasco left her toddler in a running vehicle while returning an item at Game Stop. Bystanders rescued the little girl from the hot car. When Pasco discovered her daughter missing from her vehicle, she allegedly attacked one of the rescuers.

Only 19 states have laws against leaving kids unattended in cars, but that doesn’t mean it’s ever safe to do it. In the summertime, the temperature inside a vehicle quickly rises to life-threatening levels. Tiquana S. Pasco likely thought it was safe to leave her daughter with the windows cracked and the car running, but her error in judgment has her charged with second-degree child endangerment.

Within 10 minutes of being left unattended in an unlocked, running car, Pasco’s 20-month-old daughter showed signs of suffering from the heat. A family reports spotting the sweating, unattended toddler in the car. After being unable to locate a parent, they called the police and took the girl out of the unlocked car and into an air-conditioned restaurant to cool down.

Pasco, who had been inside a nearby Game Stop, soon discovered her daughter missing from her vehicle. Understandably, she reportedly became very distressed. Witnesses say she began asking, “Who took my baby?” Any mom can sympathize with the panic of finding a child missing, but Pasco appears to have missed the point that her actions put her daughter in danger in the first place. 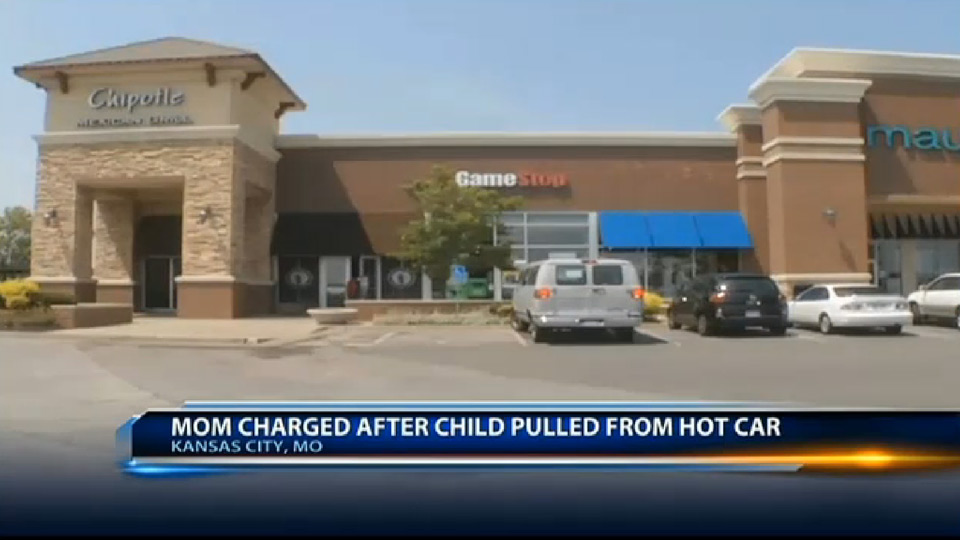 When Pasco discovered her daughter in the arms of a stranger, she allegedly tried to pull the child away. At that point, a horrible tug-of-war went on — with Pasco reaching for her daughter, the child vomiting repeatedly and rescuers trying to fend Pasco off. According to those at the scene, Pasco punched the man standing between her and her daughter.

The unnamed toddler was released to the care of a godparent and appears to have recovered from her bout in the heat. Pasco was detained and could face up to a year in jail. With all the recent stories of children unintentionally left in cars, it’s easy to lose sight of the fact that intentionally leaving kids unattended can also put them in danger very quickly.

Do you think the witnesses who stepped in and rescued Pasco’s daughter did the right thing?

8 hrs ago
by Julia Guerra