Whether they’re told to or they just don’t have a better option, moms frequently nurse and pump in bathrooms. Here are eight stories that remind us why nursing moms need freedom from judgement, and from stinky bathrooms. 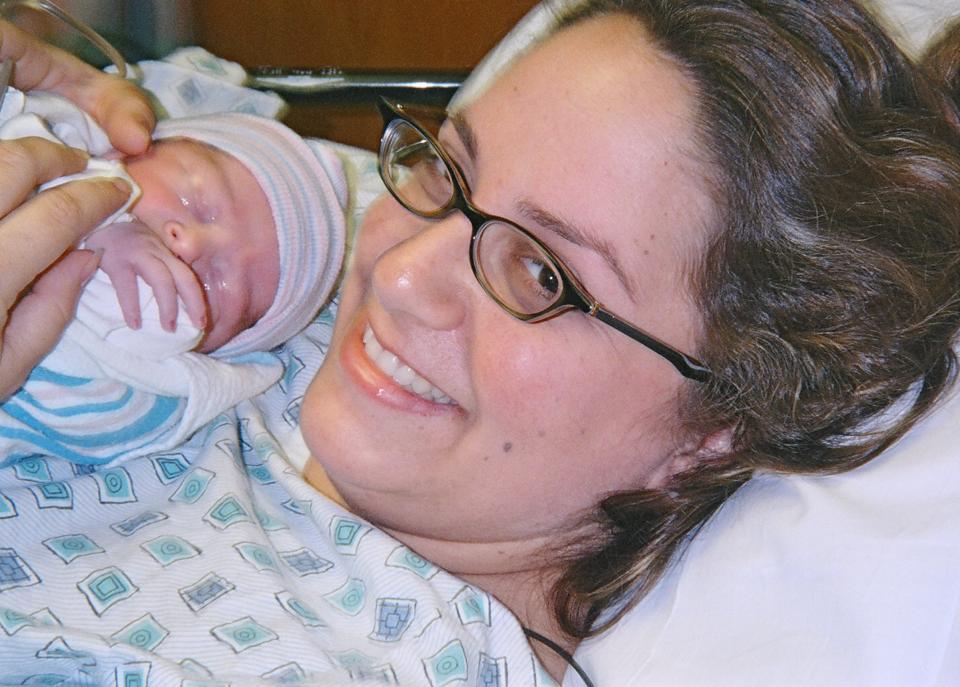 Stephanie visited a restaurant when her baby was young. “I was a new mom and still getting comfortable, and I asked the waitress if we could sit at a booth so I could nurse more privately — rather than a table in the middle of the room.” The waitress told Stephanie no. After trying to feed her baby on a chair in the restaurant bathroom, Stephanie retreated to her car and waited for the rest of her family to finish their meals. 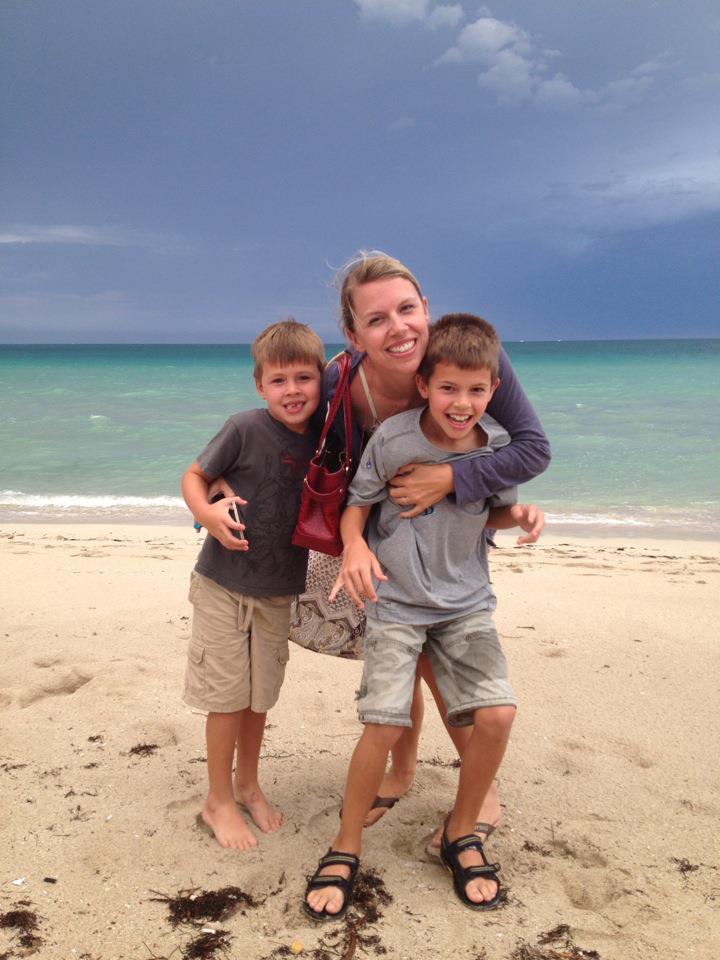 Caroline breastfed her son in the bathroom at a wedding. Guests gave her stares and dirty looks in the bathroom, as if her nursing was grossing them out. “Needless to say, we left shortly after that. I was over it and didn’t feel welcome,” she says. “I don’t think people understand the frustration of having a hungry baby (and the need to physically feed that baby) but then dealing with the sniffy, unjustified discomfort of strangers when your child’s basic needs and comfort clearly come first.” 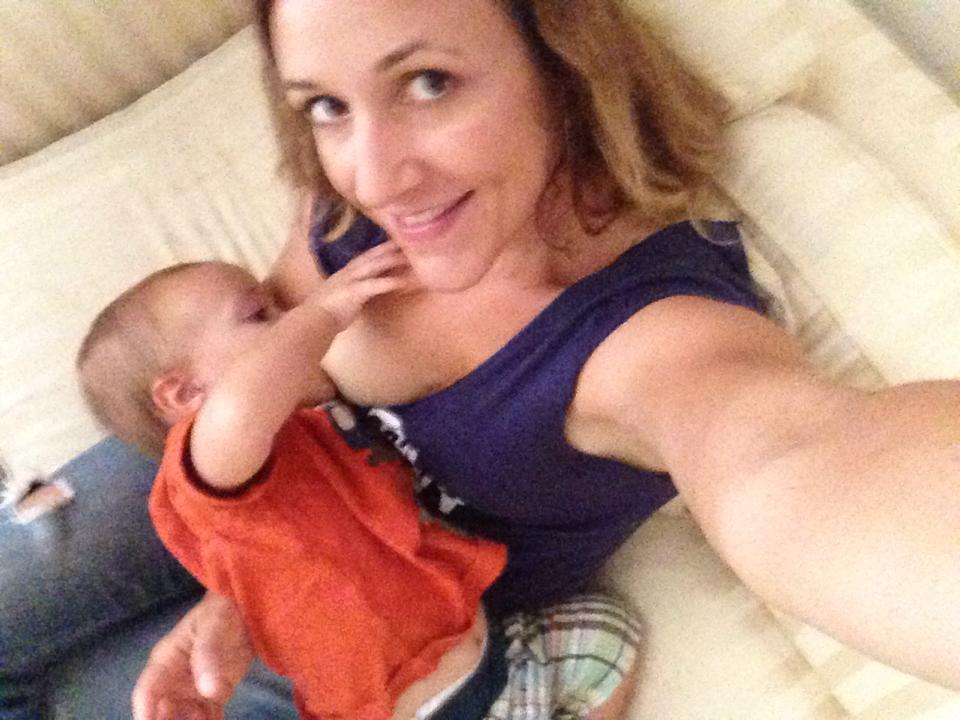 When Idoia took her 3-month-old twins on their first family outing, she chose the privacy of nursing in a single bathroom over a public park bench. “The restroom was clean and out of the way,” she says. “I could take all the time I needed to breastfeed, burp and change diapers for both babies rather than feel ‘on display’ as we completed the 30-minute ritual. I’m a huge supporter of nursing in public, but sometimes a quiet, private place — even if it is a restroom — is preferable to the mother than the public alternative.” 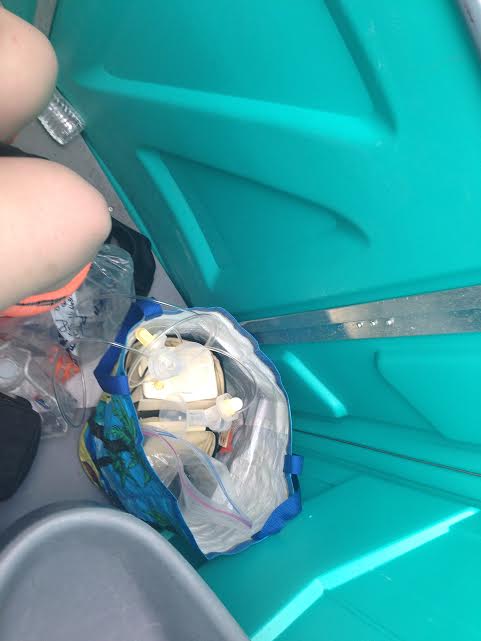 Amanda is a superhero for running a charity marathon relay while nursing. After running for hours, she ended up with nowhere private to pump — except a porta-potty. “The temperature in that porta-potty was well over 90 degrees. And the smell? Well, it doesn’t take much imagination to convey how horrific that was but I’ll try… it was somewhere between 3-day-old roadkill and a microwaved truckload of dirty diapers. It was the longest 10 minutes of my life.” 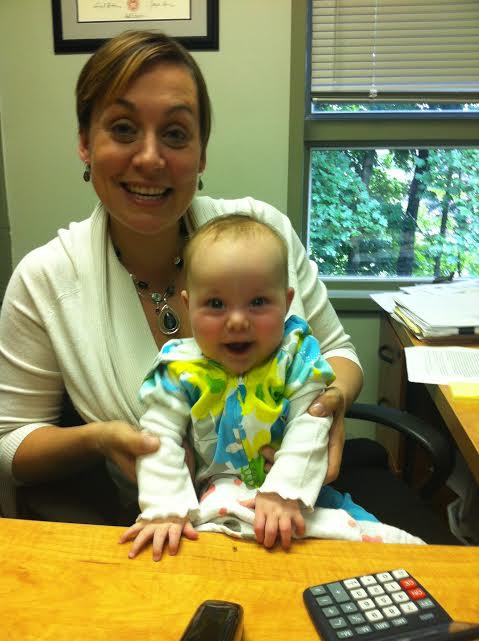 Kelly is an attorney who travels to four different counties for court. “During a four-day trial when my daughter was 12 weeks old, I had to pump every three hours in a bathroom for four days straight.” On the best days, she actually managed to find a bathroom with an outlet. “There was no shelf or anything so I had to balance my Pump in Style on the bathroom sink, plug in my pump, and pump standing up, praying that my entire pump and bottles wouldn’t crash to the floor.” 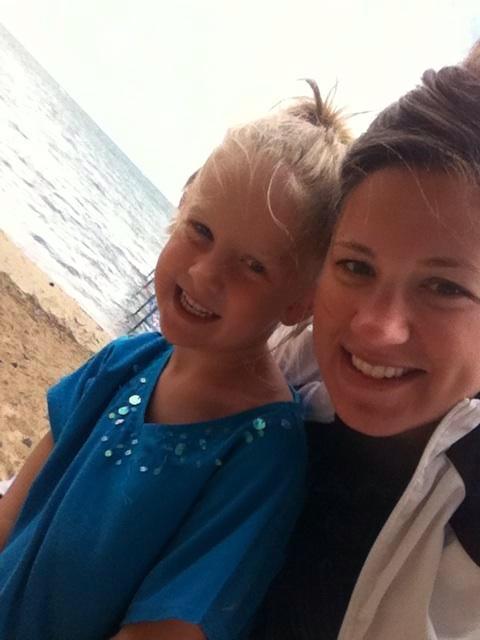 Chaunie worked as a nurse in a transitional care unit when she had her daughter. The only private place to pump was on the Labor and Delivery floor across the hospital and three floors up. “I had only 15 minute breaks that I rarely got to take so my only solution was to pull a chair into the bathroom to pump. So gross! You would think a hospital would have been more accommodating!” 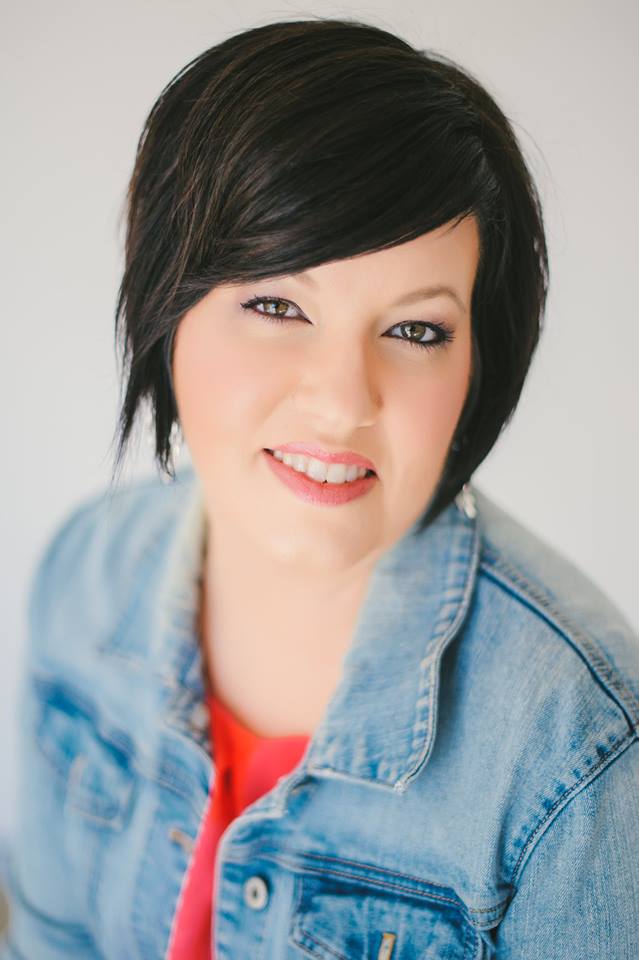 After returning to work, Jill discovered that the women’s locker room bathroom was the only place available for her to pump. “There was no privacy, so I would stand at the counter and cover up the best I could as I pumped a few times every day,” she says. “I can still picture the looks of anyone who happened to walk in. It was a cross between feeling bad for me and embarrassment for themselves when they realized I had two weird-looking things sticking out from under my shirt.” 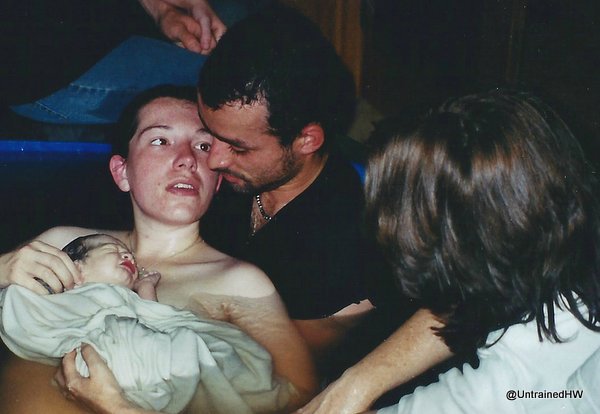 When Angela breastfed her child at church, she was asked to stop. “They offered to put a chair in the bathroom and I offered to take the Sunday school donuts in there for them also, but they didn’t like that idea much,” she says. After being bullied into breastfeeding in the corner of the church nursery and feeling humiliated, Angela sent the church a letter and she and her family found a new congregation.

The biggest breastfeeding in public fails of 2014
Female nipples: Overhyped, sexualized and censored
Dads bare all for breastfeeding