The story of Mariam Yehya Ibrahim, a Sudanese woman sentenced to death for her faith while pregnant, affected me in a way I wasn’t prepared for. Now, she has safely arrived in the U.S.

Mariam Yehya Ibrahim arrived at her new home yesterday in Manchester, New Hampshire, accompanied by her husband and two small children. Her story resonated with so many because not only did it deal with religion and faith, but her personal plight as a mother and a wife tugged on our heartstrings.

I am extremely glad she and her family were removed from that situation. However, I will admit up front that I don’t ascribe to a particular religion, so her story was even more interesting to me when I found out that she refused to renounce her faith to save her own life. Many praised her for her bravery, but I literally cannot imagine holding onto something that would not only end my own life, but would also remove me from the lives of my family members.

The bottom line is that the government of Sudan considered her a Muslim because her father was. However, she was raised as a Christian by her mother after her father left their family. Her marriage to a Christian man, and her Christianity itself, broke Sudanese laws that were punishable by death. 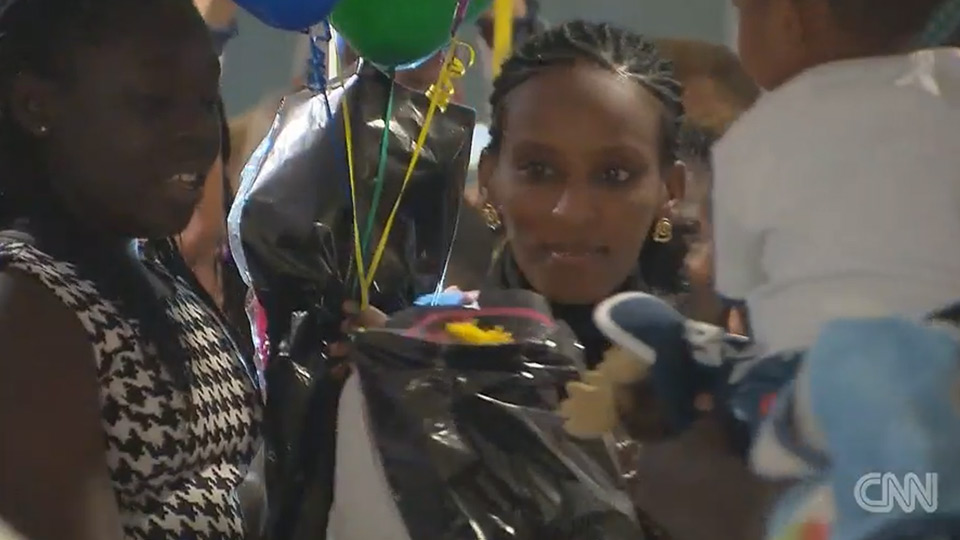 When she was convicted, she already had a young son, not yet 2 years old, who stayed with her in prison. She gave birth, in chains, two weeks after her conviction. She has remained in jail with her children until a few weeks ago when her sentence was overturned. After some complicated red tape that kept her in Sudan, she has now safely arrived in the U.S. amid much cheer.

I think that after we become parents, the trials of other families become personal. We look at our own pregnant bellies and toddler children and cannot fathom being incarcerated and facing execution. We can’t picture a government that would sentence someone to death due to their faith. We can’t deal with the notion that a victimless crime would have such tragic repercussions.

While they were set to allow her to live two years after the birth of her daughter so she could breastfeed, the sentence is still barbaric. I don’t pretend to understand the government of a country I’ve never been to and probably never will, but preventing a woman from being with the man she loved and permanently separating her from her children just doesn’t compute. And while I also don’t understand faith so strong that I wouldn’t give it up to save my own life, it doesn’t mean that it’s wrong.

I’m thrilled she’s in the U.S., because even though I don’t practice any particular religion, I’m glad our country can be a refuge for people of all faiths.

10 hrs ago
by Claire Gillespie

11 hrs ago
by Heather Marcoux