On occasion there are times when each of us can commend ourselves on doing a good job of parenting after reading about a parent who did the exact opposite of a good job — and such is the case with this story.

A mom from DeLand, Florida, decided to do a little shoplifting at the local Walmart when store security busted her with $44 worth of clothing. To make matters worse, the mom, Rebecca Stoltz, age 26, was with her 6-year-old daughter and 9-year-old-stepdaughter. When store security attempted to apprehend her, Rebecca did what any other parent caught shoplifting at a Walmart would do — she ran off.

Leaving her children behind 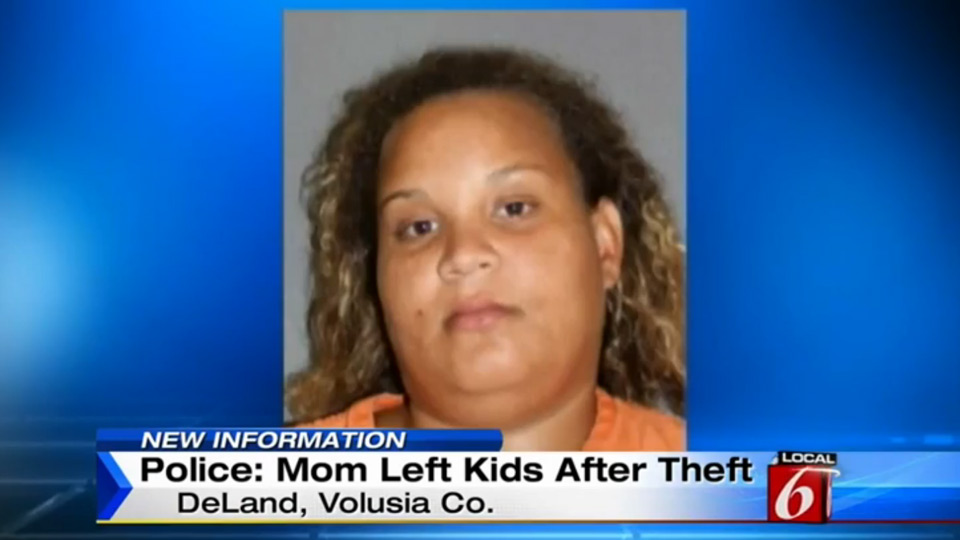 According to ClickOrlando, police said store security found the girls and they were both “clearly distressed and very emotional and both were crying.” It’s pretty hard to muster a lot of sympathy for this mom considering she wasn’t stealing something like food or medicine, and the fact she ran away and left her girls behind is pretty much unfathomable to me. I know this economy is awful and things are expensive but I can’t even begin to imagine leaving my own kids over less than 50 bucks worth of Walmart clothing.

She obviously knew she was in trouble

The same news report states that Stoltz called a friend and asked her to go to the store to pick the kids up. When the friend arrived, she gave police a phone number to call Stoltz who later arrived and was arrested. She is now facing child abuse charges. It’s so sad to think of these little girls crying in the middle of a Walmart after being abandoned by their mom. I’m not sure why Stoltz was shoplifting, whether she truly needed the items (and yes, I’m having a hard time understanding anyone needing a pile of Walmart clothes) or if she has mental issues or there was some other reason behind the crime. I hope this mom gets the help she needs and her kids are OK after this incident.

23 hrs ago
by Raven Snook

23 hrs ago
by Eugenia Miranda Richman