One in every three American babies is born through a C-section. Is that number too high?

In the early 1970s, the C-section rate was a startlingly low five percent. These days? It hovers right around 33 percent of all births. In fact, C-sections are the most common operating room procedure — out of all surgeries.

And now, a new documentary by The New Yorker is asking the tough question of why?

You know there’s a reason for alarm when the American College of Obstetricians and Gynecologists (ACOG) takes notice. In a March 2014 report on C-sections, they noted that while the surgery can be undoubtedly life-saving for a mother and fetus, the dramatic increase in the rates of C-sections since 1996 alone points to a problem. And while we could argue that the C-section rate is completely justifiable — bigger babies, more complications and increased numbers of “high risk” mothers — there is no denying that in many cases, C-sections are generally not the ideal method for giving birth.

The risks of major surgery

A C-section surgery carries major risks on its own, including uterine rupture, hysterectomy, cardiac arrest, hemorrhage for the mother and intracranial hemorrhages for the baby. As the ACOG pointed out, one of the most alarming reasons for concern is the mere fact that despite that dramatic leap in the number of operations, there hasn’t really been a decrease in maternal or fetal morbidity. So all those “emergency” C-sections that supposedly saved the life of a mom and/or her baby? Maybe not so life-saving after all. 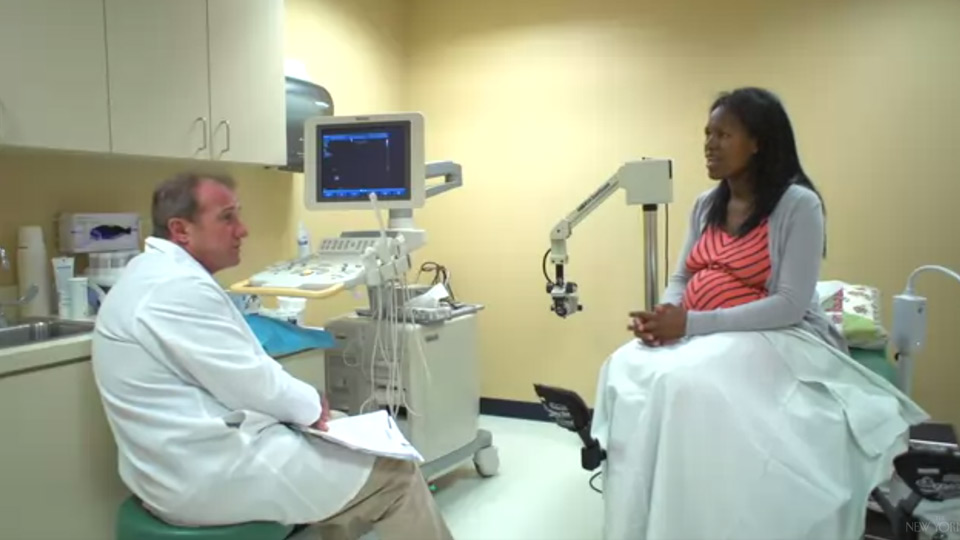 An Unnecessary Cut? follows Chileshe Nkonde-Price, a cardiologist at the University of Pennsylvania and a mother of one who is planning a VBAC (vaginal birth after C-section).

“Something is wrong,” says Neel Shah, an obstetrician-gynecologist at Beth Israel Deaconess Medical Center of Boston in the documentary. “We don’t know what the optimal number is, but… it’s hard to believe that one-third of human beings need major surgery.”