With awesome open-source 3-D printing, you can deck Barbie out in full armor. Why is this cool? Because some little girls don’t want to be entrepreneurs or fashionistas. They want to slay dragons.

I was more of a She-Ra girl than a Barbie girl growing up. But even the Princess of Power was seriously lacking in the pants department. Today’s warrior princesses still aren’t known for functional armor. Most video game fantasy heroines are dressed in (armored) bikinis that wouldn’t fly on most American beaches. That’s where Jim Rodda’s Faire Play project comes in.

Rodda, who goes by the handle Zheng3, began Faire Play as a present for his young niece. When his original idea, a My Little Pony glitter cannon, experienced technical difficulties, he moved on. “At that point my head was already in the girly-toy space, so it wasn’t too big a leap to start thinking about Barbie,” Rodda tells SheKnows. “One Kickstarter later and we’ve got the Faire Play Parade Armor.”

Dolls can fight, too 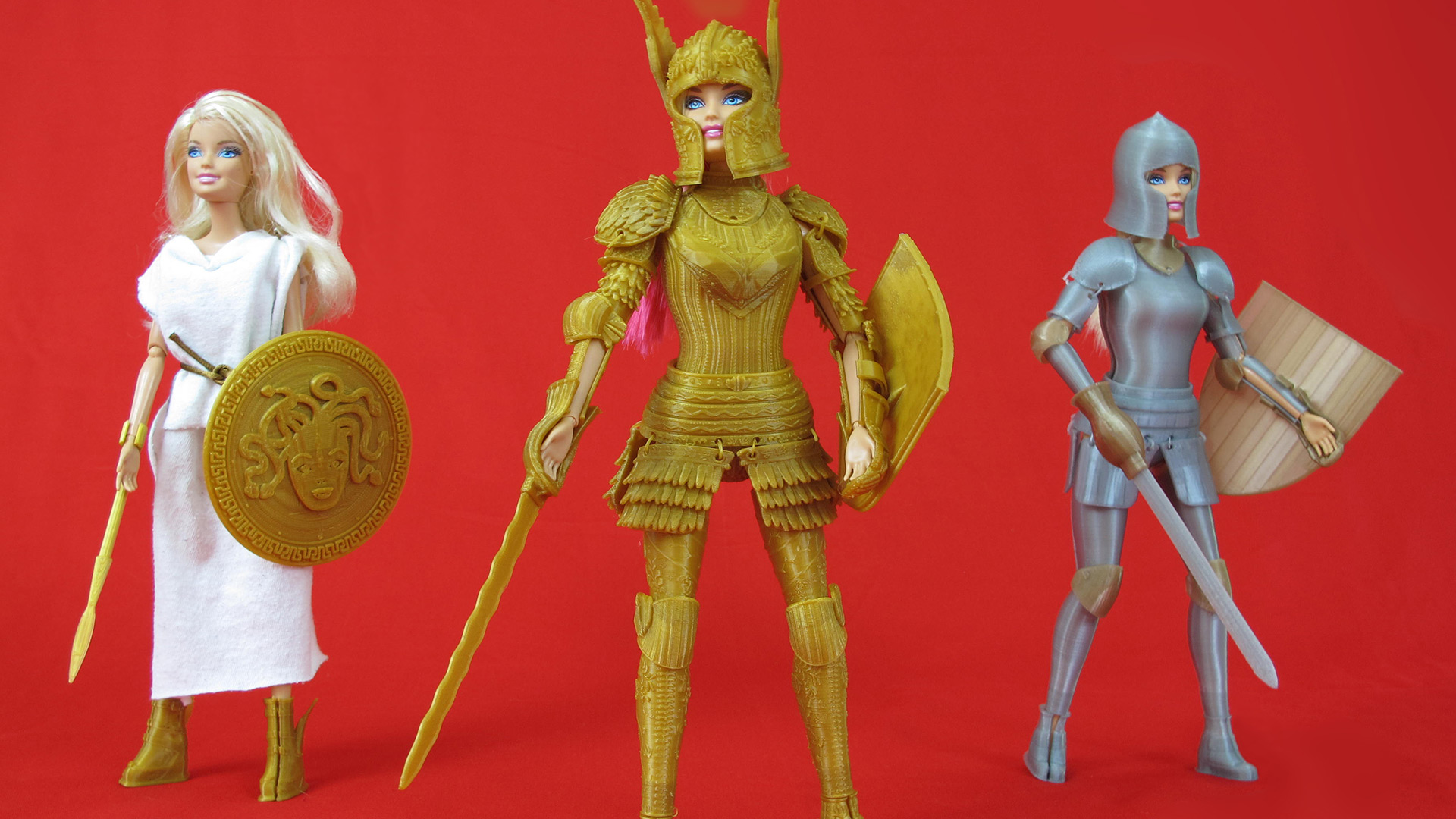 Over the years, Barbie has taken on many careers. She’s been a fashionable veterinarian, a classy entrepreneur and a sexy engineer. But she’s never been a knight. Faire Play doesn’t fit in with the trendy STEM for girls niche, but it’s just as important. Imaginative play for girls needs to extend beyond princess play and skimpy outfits. Rodda’s armor and weaponry gives girls the ability to transform a fashion doll into a powerful warrior. As a kid, I desperately collected a handful of female G.I. Joe dolls and used them to act out the stories in my head — stories that had nothing to do with science or math or LinkedIn. I would have been all over Faire Play.

How to get started with Faire Play

To make your own Barbie armor, find a 3-D printer and purchase the 3-D printable files. You can create a field armor outfit, a fancier parade armor outfit or a cool “Athena” set with winged boots and a shield. If you don’t have a printer nearby, pick up a ready-made Faire Play bow and quiver set that lets your favorite Barbie launch Q-tips across the room.

Rodda, who has always been interested in what he calls “medieval geekery,” has more Barbie-compatible gear in the works. “The response to Faire Play has been so overwhelmingly positive that it’s convinced me I should do another Kickstarter in the fall of 2014,” he says. In the meantime, Barbie has a castle to defend.