Prince George is gearing up for his first birthday on July 22 and we have all the details on how Kate Middleton and Prince William will celebrate the future heir’s special day.

It looks like Prince George has been working on impressing his royal guests at his first birthday party — no, not with his adorable grumpy face look — but with his newly acquired walking skills.

How does one celebrate the first birthday of the future heir to the throne? The royal family has several days of birthday celebrations planned, including a party at his grandparents’ house in Bucklebury with a (wait for it… ) Peter Rabbit-themed birthday bash. Love it. How very British of them. 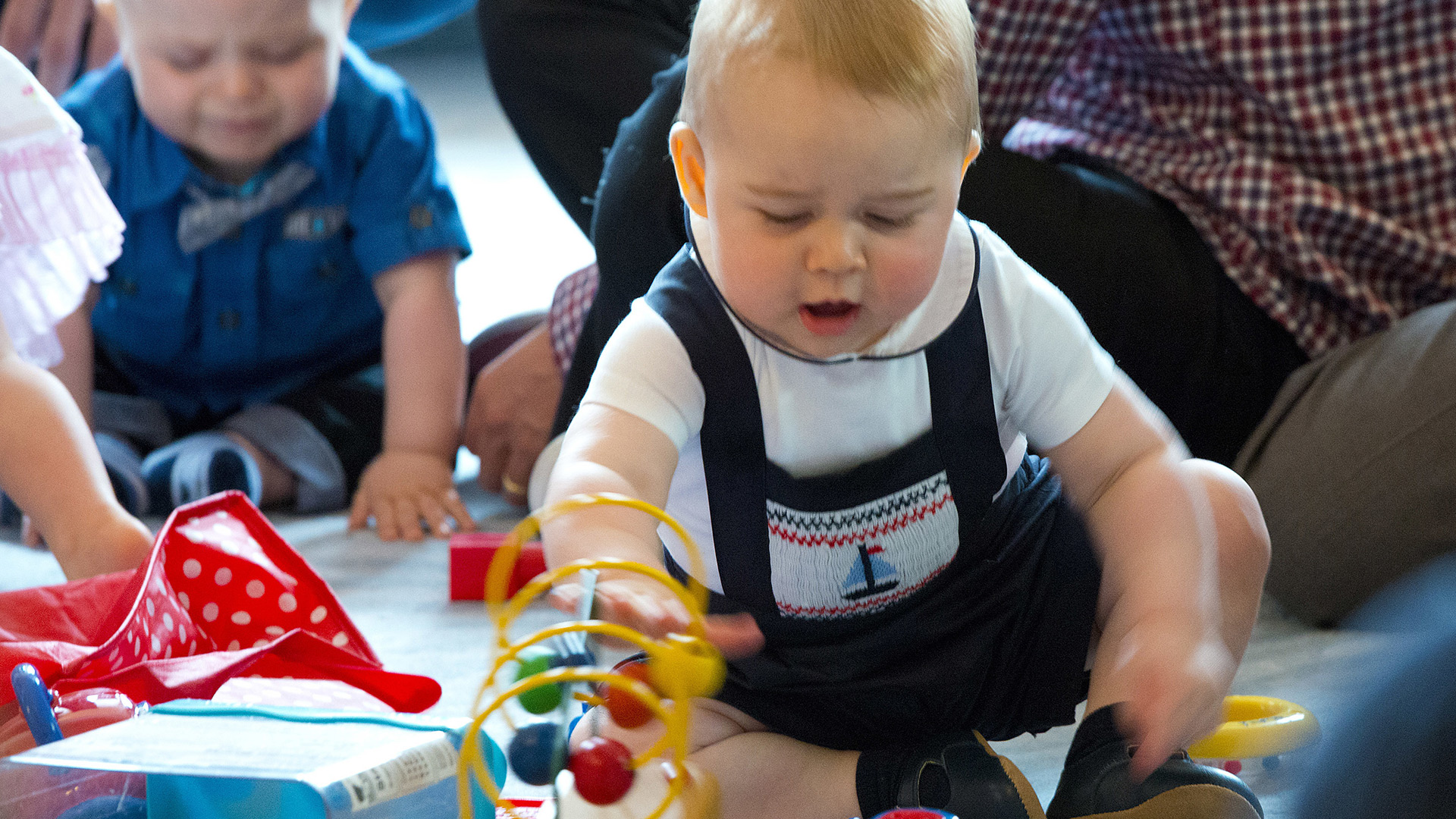 The party, which was organized by grandma Carole Middleton (who also owns a party-planning business), is described as a “private family occasion” and will feature plenty of special touches to make Prince George feel special.

“There will be lots of finger food, oodles of fresh fruit, organic ice creams and fresh fruit sorbets. He’ll have Peter Rabbit cake and homemade baby-bunny biscuits,” a source tells the Daily Mail. 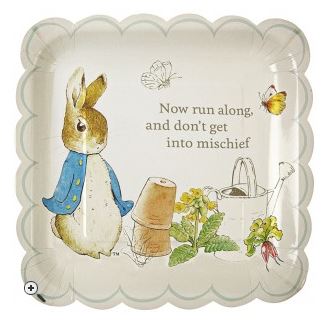 A quick look at Carole’s party-planning website, Party Pieces, shows many Peter Rabbit-themed items, such as these Peter Rabbit Party Plates, that perhaps she used for Prince George’s party.

“There will be pictures and posters everywhere, vol-au-vents in the shape of rabbits, fun trails, you name it,” the source reveals. A vol-au-vent, which is a puff pastry, is just as fancy schmanzy as it sounds. That’s right, no pizza or chicken fingers will be served at this royal bash.

Prince George’s little friends, including Zara Philipps’ 6-month-old daughter, will all sit on animal-print bean bags, while the future heir’s bag will have his name embroidered on it.

What about the first birthday gifts? Doting mom Kate reportedly presented him with a “first birthday book” which features photos of his first year, including his trips to Australia and New Zealand, and cute snapshots with the family’s beloved black cocker spaniel, Lupo. 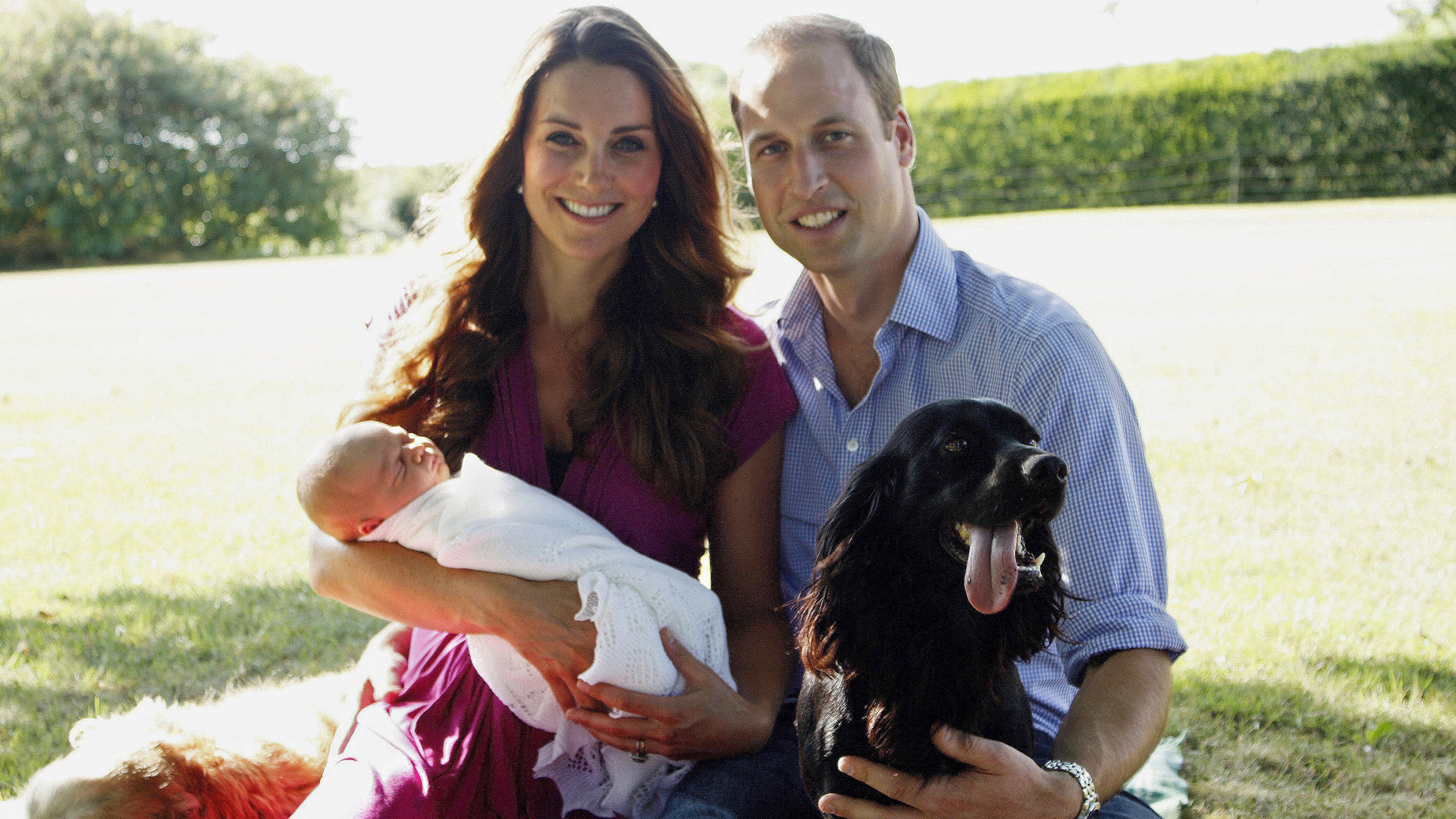 Check out these cute photos of first birthday cakes >>

Prince William reportedly gifted his son with a hand-stitched football that was customized for him. Prince George also received a traditional wooden train with the carriages spelling out his full name of George Alexander Louis, a polo top and sun hat from Grandma Carole and Aunt Pippa, as well as a special cake from his Spanish nanny.

Birthday tea with the Queen

On the day of his actual birthday, Kate has planned a birthday party at their Kensington Palace home with most of the royal family, including George’s great-grandma, the Queen. Us Weekly is reporting that it will be an indoor tea party, but “may extend to the garden if the weather remains glorious.”

An indoor tea party sounds a bit stuffy for a kid’s birthday party, but at least Uncle Harry will be there to hopefully bring in some excitement. 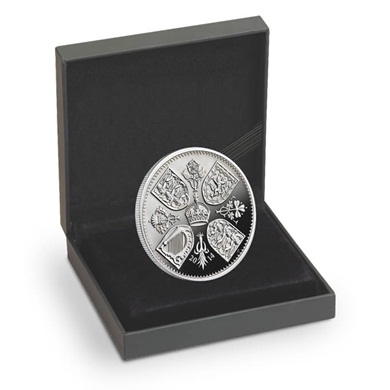 In honor of his birthday, the Royal Mint will honor Prince George with his own commemorative birthday coin in silver. The limited edition coins (only 7,500 were made) will be available at £80 each.

8 hrs ago
by Sarah Showfety