A Kansas girl recently died from an infection caused by a brain-eating amoeba she acquired while swimming. Could this happen to your kids?

A 9-year-old girl in Kansas recently died from an infection caused by Naegleria fowleri — commonly known as brain-eating amoeba. Hally Nicole Yust became ill after spending time in four different lakes near her Kansas home. Her illness progressed quickly and she died last Wednesday. Naegleria fowleri is a microscopic organism that thrives in warm bodies of freshwater, such as lakes, rivers or hot springs. It can also lurk in improperly maintained swimming pools. The amoeba enters through the nose and travels to the brain, and it is suspected that Yust became infected while waterskiing.

Should families avoid being in the water?

Infection with a brain-eating amoeba is extremely uncommon, and while it is often fatal, the risk of contracting it is very, very low. Yust’s family has encouraged others to continue swimming and enjoying the water. I think they’re extraordinarily brave for sharing their story in their time of grief. I don’t know if I could encourage other families to go swimming in lakes if my child had gotten sick and died from being in one.

According to the Centers for Disease Control (CDC), there have been 34 infections reported in the entire country from 2004 to 2013. When you consider how many people spend their summers in swimming pools, lakes and rivers the percentage is very small. 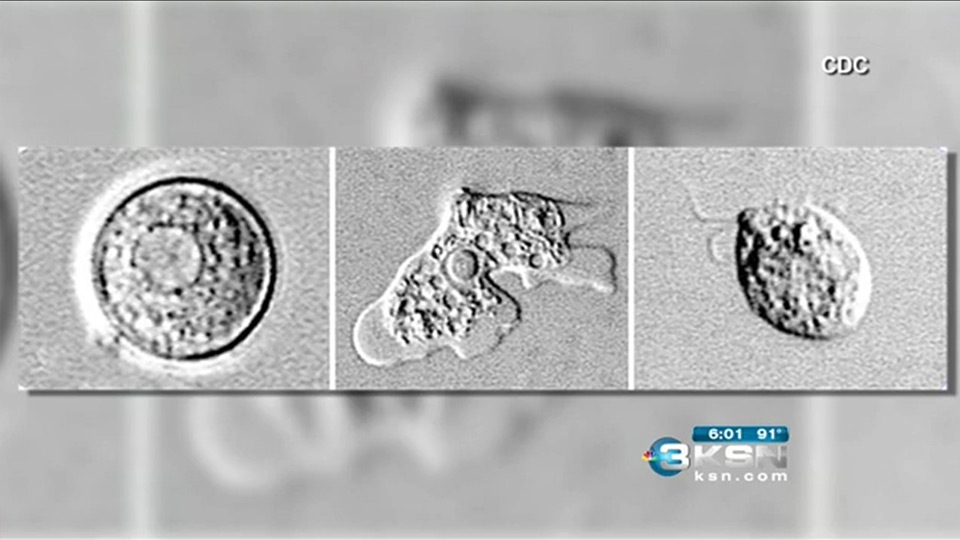 How can you reduce your chances of infection?

While the infection rate is very low, you should still play it safe — especially in warm bodies of water. Since the amoeba enters the body through the nose, a good way to stay safe is to keep your head above water while swimming. If you’re going to be swimming under the water or engaging in water sports like waterskiing, hold your nose, use nose clips or wear goggles that also cover the nose. Avoid digging in or stirring up sediment in lake or riverbeds, which can move potential infectious agents around. If the water and air temperatures are high and water levels are low, avoid swimming entirely. It’s better to play it safe when so much is at stake.

12 hrs ago
by Julia Guerra