Police say Megan Christopherson was asked to leave the pit area at a
Brad Paisley concert due to concerns over her baby’s safety. She says it’s because she was breastfeeding in public. I say she’s being ridiculous.

I’m a childbirth educator who nursed my babies in public, so when I read stories about moms being asked to leave establishments because someone is uncomfortable watching a baby eat, my blood boils.

A Starbucks customer complains about breastfeeding, gets owned by teen barista >>

Naturally, when I watched an interview with Christopherson for her local news station, I assumed I would be up in arms. I was — but not for the reason I thought I would be.

I sat on my couch, shaking my head in disbelief that she would stand in a pit at a concert with a 4-month-old baby. I thought, you can’t fix stupid.

Learn how to make breastfeeding in public easier >>

It’s not about breastfeeding, it’s about child safety 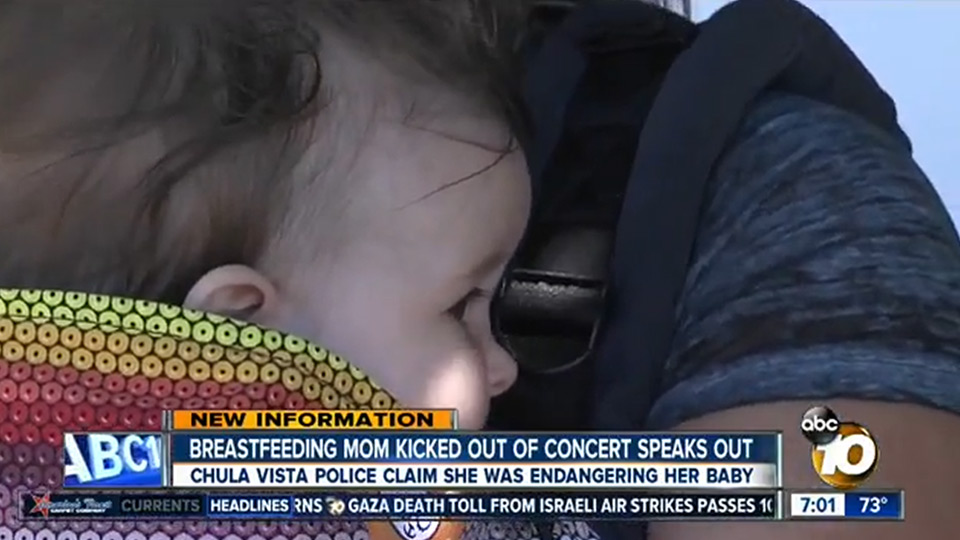 During the Paisley show, Christopherson was asked to move to a seated area and was also given the option of a full refund.

She says she stood in the pit for a Tim McGraw concert and wasn’t asked to leave, so police are using the noise safety reason as a “cop out” because she was nursing in public.

Maybe she’s right. I thought she may have a point until she said, “It’s a country concert. I wasn’t at a death metal or a rap concert.”

So, that makes it OK?

What was she thinking?

I don’t care what kind of music is playing, a crowd of fans that close to their favorite singer or band is going to go crazy. Usually, in a good way — but not always. The pit is no place for a baby.

I’m not the fun police or the breastfeeding police. Moms have the right to breastfeed whenever and wherever they choose, but in this case I’m not sure if playing the nursing-in-public card is right.

I don’t think bottle-fed babies should be in a pit area, either, with speakers blasting who knows how many decibels of music. I know many parents who are musicians and even their older kids wear noise-cancelling headphones or ear plugs at loud events.

I will always support women breastfeeding babies in public, but I support safety and common sense more.

5 Ways to get comfortable with your new baby
Help your partner bond with baby while you breastfeed
Breastfeeding: Why pumping or covering may not be an option

9 hrs ago
by Heather Marcoux