When I saw yesterday’s headline that a Houston teenager was raped and images of her assault were shared on social media, I almost shut my computer down.

Rape in the age of social media

The details of 16-year-old Jada’s assault and subsequent denigration on social media are horrifying. Like so many young women, she went to a party and drank a glass of punch someone handed to her. The drink was drugged, and Jada passed out. When word got around to her in the rumor mill, she found out she’d been sexually assaulted while unconscious.

Although many young women experience similar tragedies, Jada’s took a particularly malicious and maddening turn when she discovered photos of her assault — including one without clothing — circulating on Twitter. The disgusting hashtag to catalog her trauma? #JadaPose. Yes, thousands of people celebrated and mocked the sexual violation of a young teenage girl. And with that, I want to give up on humanity.

A brave refusal to accept shame 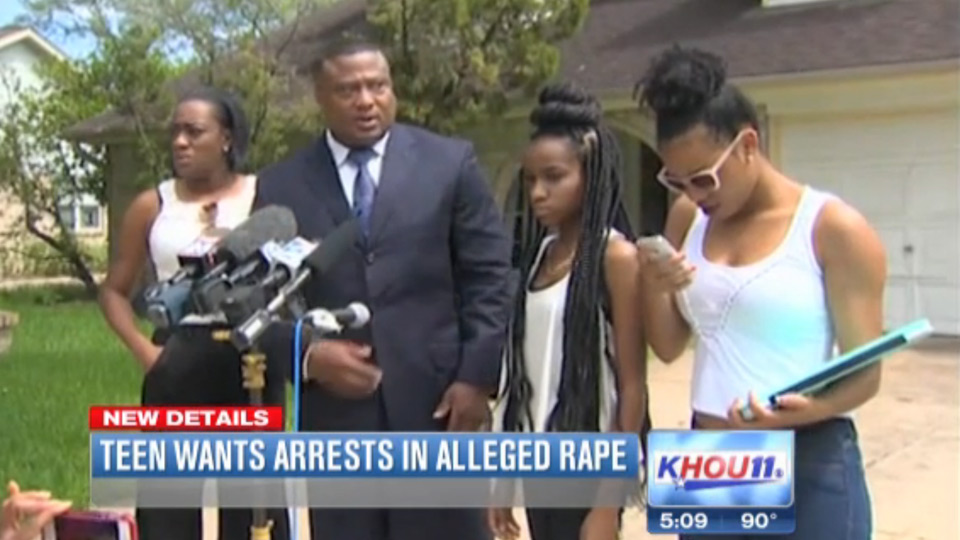 If I could, I would wish away this entire story. There’s nothing redeeming about the violation of any woman, much less a child — and exponentially less when that violation is celebrated. However, if there is any hope contained within this story, it’s that Jada has refused to quietly hide in secret and shame, even though she would have every right to do so in an effort to avoid being traumatized all over again in the public eye. Instead, she’s reclaimed her story by sitting for an interview with KHOU-11 Houston, thereby forcing her perpetrators and mockers to look her in the eye and understand the damage they have done to a living human being.

Supporters have risen on social media to begin drowning out the hate and mockery. Hashtag #IStandWithJada offers her support and encouragement.

She may not know it yet, but this is what power looks like. Jada refused the shame that was offered to her by her assailants and her online mockers. By speaking her truth, she forced the shame back onto the bottom-dwellers who violated her in the first place. This power, this truth and this refusal to hang her head in shame is what is required to put rape culture back into its place, and hopefully make the world a little safer for our teenage girls and women.

14 hrs ago
by Lilian_Burns, Tamara Kraus