Imagine living in a world where you can see, hear, touch and feel, but you cannot speak. Your behavior must become your communication, and frustration can mount quickly.

Keith Boyd was born with nonverbal cerebral palsy (CP) 10 years ago. Today, he’s busy running a network of lemonade stands and hoping to raise $25,000 for the school that first offered him the ability to communicate.

A gift of communication 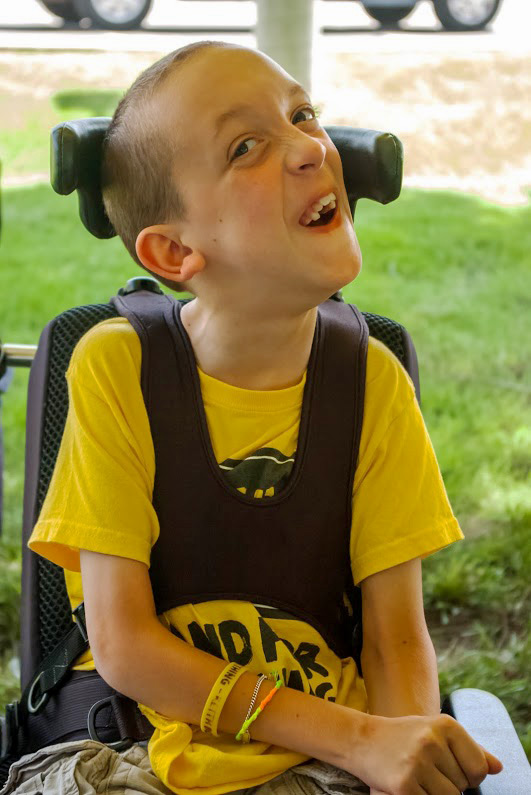 The Little Light House, a Tulsa-based development center for children with special needs, gave Keith a Tobii EyeMobile, a tool that allows him to communicate by using his eyes to type what he wants to say on a screen, which is then verbalized by the tool.

“Our children are amazing,” Erin Fager-Boyd, Keith’s mom, says of kids with CP. “They have already fought a hard battle just to be here. We need to fight just as hard to make sure they have every tool they need to reach their potential.”

So how does a 10-year-old decide to launch a fund-raising lemonade stand? Well, he is 10 after all: It all started with a dump truck.

“Keith was raising money to buy a toy dump truck,” explains his mom, Erin Fager-Boyd. “Christmas and his birthday were nowhere near, and we were trying to teach him how to earn money.” The idea for a lemonade stand quickly blossomed into a business plan, and today, Keith’s operation includes multiple stands around Tulsa, Oklahoma.

“My goal is to raise money for the Little Light House where I went to school until I was 6,” Keith said in a press release. “They have done so much for me; I want to give back so other kids can go to that school without paying any money.”

After having lemonade stands open for two weeks, Keith had raised more than $15,000, the family reports. 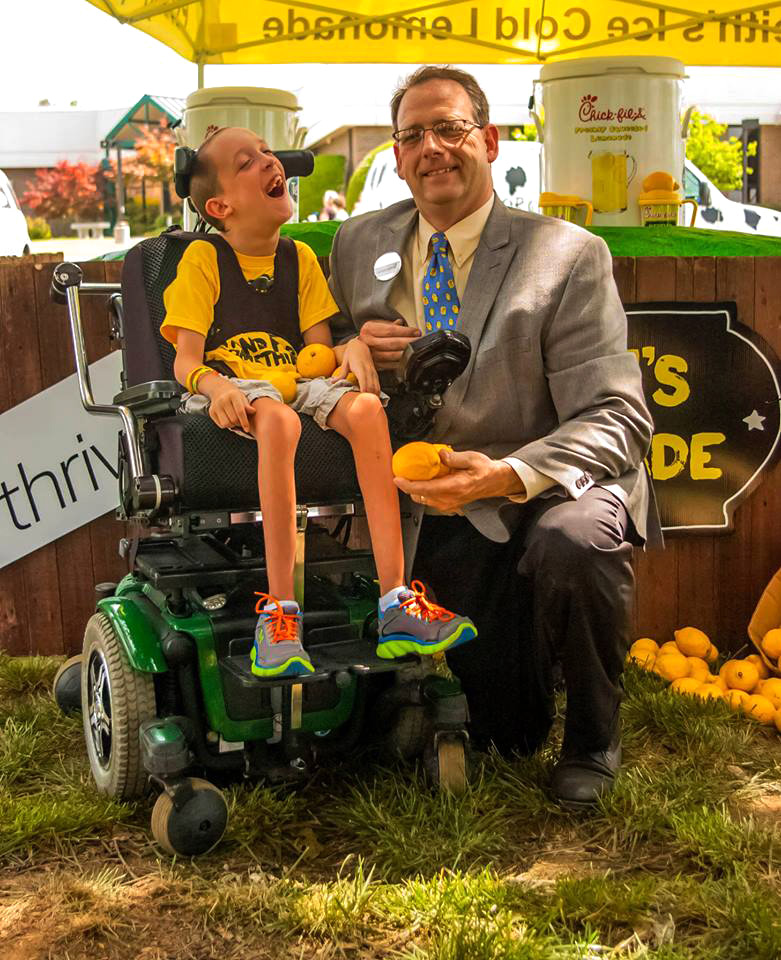 As with many successes in life, teamwork played a role. Tulsa resident Arthur Greeno, who owns two Tulsa-area Chick-fil-A restaurants, reached out to Keith’s parents to ask how he could help. Working together, Keith now has a website for the lemonade stands and local sponsors and media partners.

“Keith has gained a lot of confidence in himself,” Erin told SheKnows, “but most importantly, I think he has learned that there are a lot of people out there who are willing to help him along the way.”

If you’re in the Tulsa area, here’s what you need to know:

Cerebral palsy is caused by an injury to the brain or by abnormal brain development and affects approximately 764,000 children and adults in the U.S., according to CerebralPalsy.org.

For those babies’ parents, the fear of never knowing exactly how their child is feeling or what that child needs can be overwhelming. Augmentative and alternative communication (AAC), offers those with nonverbal CP a chance at sharing their thoughts, feelings and needs. 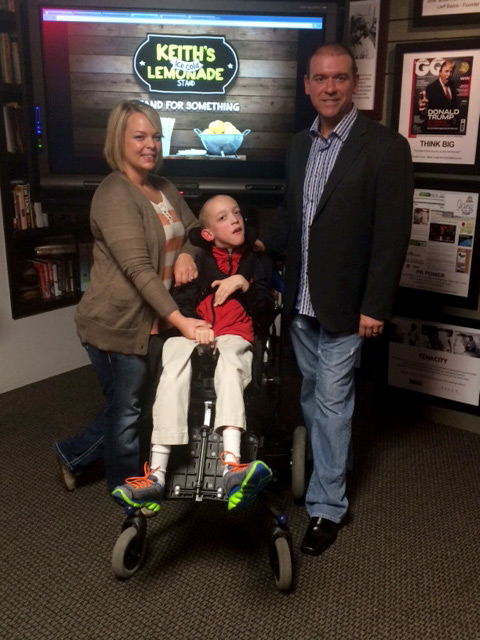 For the Boyds, much like many families who have a loved one with different needs, every so often a person reacts to Keith’s diagnosis with, “I’m sorry.”

“I don’t usually receive their words as pity,” Erin explains. “I feel that they understand that life is more of a challenge for Keith and us as his parents. It’s easier for people we cross paths with for a short time to see the things he struggles to do and feel sorry for him, but the people who are in our lives day to day are here with us celebrating what he is doing. We definitely have more people cheering him on than feeling sorry for him.”

“Augmentative and alternative communication, or AAC, is a blanket term used to describe methods of communication that do not involve direct speech,” explains the website CerebralPalsy.org. AAC can be “low-tech, time-honored forms of communication like sign language, gesturing and manual language boards, as well as high-tech assistant devices such as touch screens, speech-generating systems, electronic keyboards and even iPhones and iPads.” 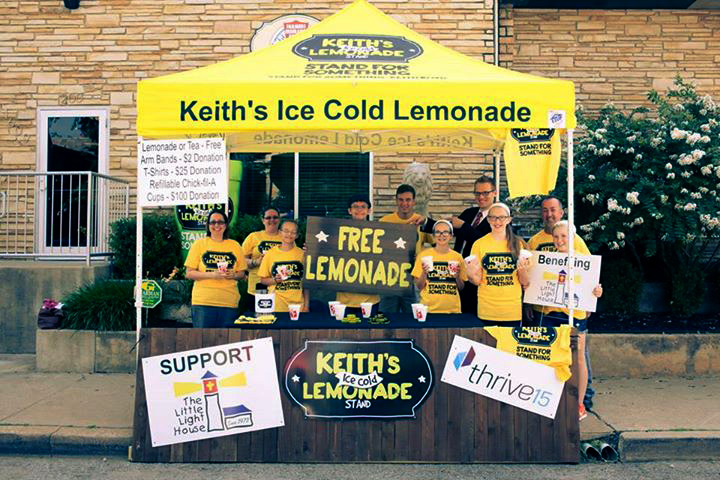 Keith has a vision for his future — it’s as CEO of Keith’s Ice Cold Lemonade Stand and he intends to own other small businesses, as well.

In addition, Keith’s mom reports plans to produce and sell juice boxes. “We hope to have the product out by the end of the summer… we are currently working with a broker to find locations interested in selling the product, but it will also be available for purchase on Keith’s website,” she says.

So what’s the hardest part about running a business as a 10-year-old? “Trying not to think about business during school,” Keith told SheKnows.

More about children and special needs