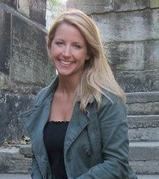 California family fired live-in nanny, but she refuses to leave their house.

This could very well be every parent’s nightmare. You want only the best for your children and you’ve got your hands full. So you seek out a loving nanny to help with your kids and around the house. You find a nanny that you feel meshes well with your family and offer her a live-in arrangement — she will help out with the kids and with some household duties, in exchange for room and board. Sounds fair, right?

It starts off great for a few weeks, only to hit a wall. The nanny stops performing her duties. She won’t leave her room, refuses to help out with the kids. So you do what any parent would do — fire her.

I wish I could tell you this was a fictional story devised by my overactive imagination. But it’s real, and if you’re like me, you’re horrified.

Ralph and Marcella Bracamonte, of Upland, California, say that this story is what is happening to them right now. The Bracamontes say they hired Diane Stretton, 64, in March to assist with their three children. Marcella found Stretton on Craigslist and she performed a background check on Stretton, as well. She called Stretton’s references and says they all checked out.

“This could happen to anyone you let into your home,” Bracamonte says. “Your cousin, your friends. Any time you let someone into your home, they do not have to leave. And just a verbal agreement isn’t good enough. It’s their word against yours.”

The Bracamontes have not yet secured an attorney — they are hoping someone will hear their story and help. She says she wants to get the word out that this can happen to anyone.

Stretton is even threatening to sue the Bracamontes for elder abuse, and she has told them she has a chronic obstructive pulmonary disease, which prevents her from helping around the house.

“She stays in her room 90 percent of the time,” Bracamonte says. “She never told me she had an illness when I hired her. Why would she take a job to help with three kids if she was sick? She clearly came here with a plan.”

So, what can the Bracamontes do? They cannot just change the locks and force her out in that manner.

“That would be considered an illegal lockout,” Bracamonte says.

They are finding out that getting Stretton to leave is no easy process, but here’s where they are at. They contacted their local police, and were told the police cannot be of help because this is a civil matter. They need to follow landlord-tenant law and go through a traditional eviction process. On Thursday, July 3, an eviction notice was posted to the Bracamonte’s door, stating that Stretton had three days to remove her things and officially move out. But according to Marcella Bracamonte’s Facebook updates, as of July 8, Stretton has still yet to pick up her things.

In the meantime, Bracamonte says that they are keeping a lock on their refrigerator and they will be very careful about who they invite into their home in the future. And they are already approaching this situation with a sense of humor.

“We’re already laughing about it,” she says. “Is this really real?”

Oh, and she says they won’t be getting a nanny, ever again.

Starbucks customer complains about breastfeeding, gets owned by teen barista
Burn victim’s unaltered cover shoot turns heads in a good way
Why I use flash mobs as a form of therapy