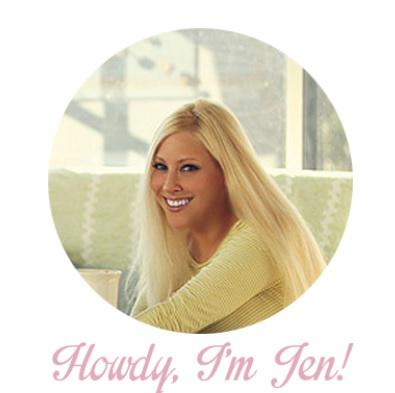 If Disney really wanted to provide today’s children with an accurate treatment of stepmoms, the obligatory Disney princess would have a stepmom who is a strong female role model.

t Like most American little girls, I grew up Disney. After seeing the reissued Lady and the Tramp in 1980 with my parents, I begged them for the dog in the movie. Soon thereafter we adopted an adorable cocker spaniel puppy named Lady, of course.

t What Disney sold me as a kid, I bought hook, line and sinker. But now as a grown woman, I can’t watch Disney films without being distracted by anachronisms that don’t quite have a place in a 21st-century world. Of those, I’d argue that in our present day where 42 percent of U.S. adults either have stepparents, stepsiblings or they are stepparents themselves, the wicked stepmom a la Disney is passe at best, and definitely unfair to children who may be introduced to the role first through a Disney movie.

t The perpetuation of stepmoms as villains in Disney films is so common that viewing the movie Maleficent last week reminded me that the titular character is not a stepmom as I had erroneously remembered her. However, she is a non-biological mother who, much like Mother Gothel in Disney’s 2010 film Tangled, has inserted herself in the role of surrogate mom. Not surprisingly, she is relegated to that “special” female Disney antagonist role reserved for stepmoms and those who step in as pseudo-moms. However, there is something different in this current retelling of the Sleeping Beauty fairy tale in that the audience is introduced to Maleficent’s heretofore unknown softer side. And, if Disney can give heart to a well-known villain, it is not too much to expect that they could do the same for their stepmoms.

t However, we can’t blame Disney for the archetype. They didn’t start the fire with wicked stepmoms. Many of the famous Disney stories we loved on the big screen as children were lifted from the pages of Grimm’s Fairy Tales published in 1812. That Cinderella’s stepmother wanted her own biological daughters to marry into money and tried to thwart her stepdaughter from doing so was a motivation in line with the bleak prospects women had during Cinderella’s era. The Disney stepmother is undeniably evil, but she is also a product (and perhaps a prisoner) of her time.

Stepmoms of yesteryear’s pastoral villages are nothing like stepmoms today. While it may be entertaining to portray the Disney stepmom as villainous, it’s also reckless. Our children deserve a better and more accurate primer for the role of the stepmom. Why? Because having a stepmom is a very real possibility for children in 2014. In fact, 14 million of us in America are stepmoms to children under the age of 18. That’s 12 percent of women in America, but Disney has us all wrong. And if not the archetypal Evil Stepmother, who are we really?

t As women marrying into a ready-made family with a husband and stepchildren, most of us have carefully contemplated the role of stepmom prior to becoming one. We may already have stepfamily experience as stepdaughters ourselves. And, thanks to social media, we’re likely to join thousands of #twitterstepmoms online to swap advice and challenges in an effort to be the best stepparents we can for our stepchildren.

t The stepmothers of today, myself included, are career-minded, strive to be positive role models, gladly play the role of household event coordinator ensuring there is no shortage of fun family activities, and we even volunteer often in our stepchildren’s schools and community. We are active, engaged and loving stepmoms who find our husband’s devotion to his children, well, pretty darn sexy. And unlike the Evil Queen who commissioned Snow White’s murder, we’re not in competition with our stepchildren; we consider them our family.

t If Disney really wanted to provide today’s children with an accurate treatment of stepmoms, the obligatory Disney princess would have a stepmom who didn’t focus on ruining her life but enriching it as a strong, female role model. And if her stepdaughter’s mom hadn’t already helped her shop for a gown for the ball, on her husband’s custody weekend the stepmom would help her fair step-princess choose one, and then tell her how beautiful she looks in it.

t So to Disney I posit this: Now that your black-horned villain Maleficent has been given a more sympathetic revision in her current cinematic incarnation, so too should your stepmother role be tweaked to bring her in line with her realistic 21st century self. The time is now.