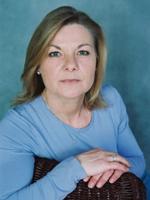 Your teenager is not just worried; he or she is terrified of not fitting in with friends. As a parent, how can you help?

What is peer pressure?

t Peer pressure affects everyone, not just your teen.

t Peer pressure does not stop after high school; we all do things because we want to fit in.

t What makes peer pressure even harder for teens is that parents often don’t understand the depths to which these pressures go.

t Your teenager is not just worried; he or she is terrified of not fitting in with friends. They don’t just want to be accepted by their friends; they want to be popular.

t Some time ago a parent asked me, “How do parents compete with what ‘cool’ friends dictate?”

There are two forms of peer pressure, “what to have” and “what to do.”

t “What to have” peer pressure would be what brand of clothes to wear or all the electronic gadgets teens want because their friends have them.

t That can put a lot of pressure on a parent, especially if you happen to be a single parent who has to live on a limited budget. You also may have reasons why you don’t want your teen to have certain things.

t Explain it to your teen. State your reasons why you think he should not have an iPad, for example. Then listen to your teen’s reason for wanting one.

t Does he have a valid reason? If so, what does your teen have to do or accomplish before you will go out and buy him an iPad?

t Or, if you cannot afford to, or don’t want to just buy it for him, you could allow your teen to get a part-time job so he can earn the money for it.

t Besides taking some pressure off you, it will also teach your teen the value of money.

t I cannot say this often enough: if you have a relationship with your teenager that is based on trust and understanding, your teen will be less likely to give into negative peer pressure.

t Taking up smoking or consuming alcohol will more than likely be the first areas where your teenager will face peer pressure. With movies and television portraying smoking and drinking characters as being tough and rebellious, teens copy this type of behavior in order to flaunt their independence.

t Some girls feel pressured into having sex in order to be popular or liked by boys. Boys who are not willing to have casual sex with several girls are considered weak.

t Oral sex has become very popular among teens, spurred on by the belief that oral sex doesn’t carry risk of pregnancy.

t Be open with your teenager about all forms of sexual intercourse. Explain that there are other reasons not to become sexually involved too early.

t Besides worrying about pregnancy and the spread of sexually transmitted diseases and AIDS, remind your teenager that they must also consider pride and self-respect.

t A more dangerous and potentially life-threatening pressure teens face is drugs. If their friends are doing drugs, they’re very much at risk.

t Hard drugs such as sleeping pills, barbiturates, pain pills, crystal meth and coke are not only highly addictive, they can be fatal. While living in Ocala, Florida, I’ve been told by a teenager that drug dealers sometimes provide free pills and cocaine for teenage parties.

t Combine temptation and opportunity with a teenager’s curiosity, and you have a recipe for disaster. Teens don’t believe that one does not have to be a regular user in order to become addicted. And by the time they finally believe it, it’s too late for them to “just stop.”

t When parents are able to recognize signs of drug use, they can save their teenager from becoming addicted to drugs, or intervene if necessary.

t Fortunately, in most areas, soft drugs, like pot, ecstasy and pharmaceuticals are preferred by teenagers.

t Marijuana is an inexpensive drug, and most teenagers do not consider it harmful. Some believe it does not cause addiction, and teens don’t realize that it can be a gateway to other drugs such as cocaine, heroin or methamphetamines.

t Encourage your teenagers to get involved in activities where they can find friends whose outlook and character are in line with your family’s values. Together, your teen and her friends can give moral support to each other, which will make it much easier to resist negative peer pressure.

t Discuss guidelines ahead of time. Your teen must know what to do before the situation arises. Let’s say you allow your teenage daughter to go to a party at a friend’s house. Discuss some scenarios, and when it would be better for her to leave.

t Emphasize that if your teen feels uneasy or unsure about doing something his friends suggest, they are probably about to do something that is wrong, maybe even illegal, that could possibly have a lasting negative effect on their lives.

t Fitting in and not being called a loser is a very serious matter to your teen. But your teens must learn to set limits on how much influence friends will have on them, and quite possibly their future.

5 hrs ago
by Marshall Bright