What makes French kids so much less likely to be diagnosed than their American counterparts? 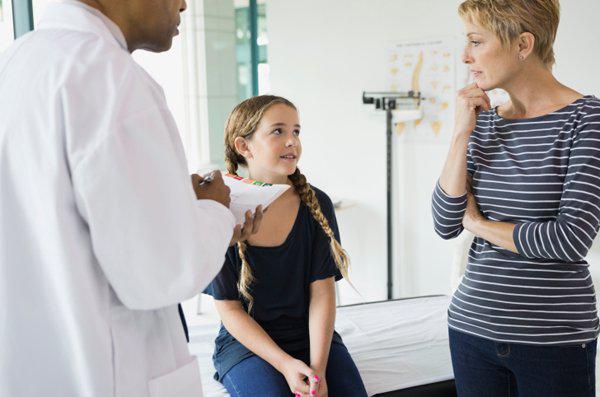 t We are already painfully aware that French women eat whatever they want and stay gorgeous and thin, and French parents are known for raising their bebes with a sturdy parenting foundation and French children know their place in the family food chain. They are not the boss. Imagine, a world without morning fights that end in near suicide pacts.

t France even just passed a policy of no work emails or phone calls after 6 p.m. or on weekends because the French government believes that evenings and weekends are for spending time with family and relaxation. I don’t know about you but J’aime des croissants chauds et parle un petit Français (I love warm croissants and I speak a little French); well-behaved children that don’t need to be medicated to eat at a restaurant or function in school may just be the thing that gets me across the pond.

t French psychiatrists view ADHD as a medical condition that has psychosocial and situational causes. Instead of automatically treating the focusing and behavioral problems attributed to ADHD with drugs like we do in the U.S., French doctors look for the underlying issue that is causing the distress. They don’t automatically default to something being wrong with the child’s brain, but consider that maybe it’s more of a social stress.

t The French psychiatrist treats the underlying social context issue with psychotherapy instead of overmedicating children. I am a huge fan of psychotherapy because honestly, if we could talk it out and someone actually listen, most of the world’s problems could be fixed. In the U.S., we live at a very hurried, competitive pace. We want things done now. Fixed now. Fixed yesterday. We throw pills at everything when sometimes what we really need is to just slow down and be still with ourselves, with our children.

t American psychiatrists tend to attribute all ADHD symptoms to a biological dysfunction like a chemical imbalance in the child’s brain. Now, I am not saying to deny a child ADHD treatment. If your child needs medication, by all means, give it to him. What I am saying is maybe the French are on to something. Maybe we should try a little talk and family therapy and get to the root of the problem before prescribing meds to make the kid conform.

t Maybe our psychiatrists are over-diagnosing? Just because a woman is a little moody or high-strung doesn’t mean she is bipolar and needs to be drugged. Sometimes it does, but usually it doesn’t. Just like not every child who has trouble sitting still or paying attention doesn’t have ADHD. Maybe he’s just bored and needs to be challenged. Maybe therapy will work and maybe it won’t. Maybe the child really needs drug treatment for his ADHD, but we will never know unless we troubleshoot for social context first.

t I know the French are prone to believing they are superior to us but I think in this case, they may be right. What are your thoughts?

9 hrs ago
by Allie Merriam