I cannot understand how a mother could watch her baby take its first breath and snuff its life out. It makes no sense to my rational mind, but I don’t know hers. 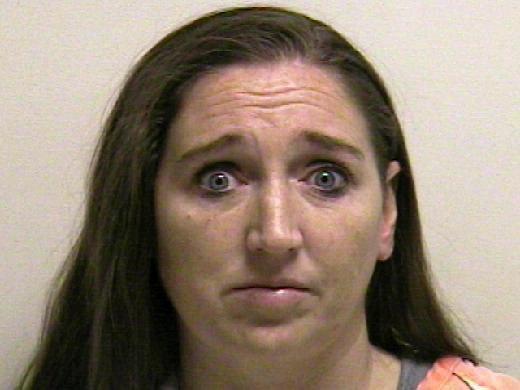 t Megan Huntsman, 39, admitted to police that she has either strangled or suffocated six of her newborns immediately after giving birth, and given birth to one stillborn baby. She then wrapped the newborn babies’ bodies in a funeral shroud made of towel or shirt, placed them into plastic garbage bags and then into their makeshift caskets made of cardboard and left them to their sweet repose in the garage of her Pleasant Grove, Utah home. Last Saturday, the babies were found tucked into cardboard boxes in the garage like souvenirs of the past someone is afraid to let go of by Huntsman’s now-estranged husband.

t As a mother, this simultaneously sickens and saddens me. Normally, I would put Megan Huntsman on my Throat Punch Thursday list and condemn her to an eternity of shame and sickness but instead, maybe because I’ve been trying to live with more grace this week myself, I feel compassion and sadness for all involved. Yes, this is disturbing and I cannot understand how a mother who has three living children (one of whom was born within that decade spanning 1996 to 2006) could systematically watch her baby take its first breath and have her first instinct be to snuff its life out. It makes no sense to my rational mind, but I don’t know hers.

t According to the story, Megan Huntsman had seven babies entombed in her garage; one was stillborn and six were murdered immediately after birth. The order is not known yet. Was the stillborn baby during the years of murder, or did she perhaps have a stillbirth that sent her into a place mentally, from which she could not recover? Maybe she had untreated postpartum psychosis. None of these are excuses for killing a baby, but maybe it could help explain how a mother could do this to her own flesh and blood.

t My concern is, how could this go on for a decade and stay hidden even almost a decade longer, and no one notice that Megan Huntsman was pregnant seven times or wonder where the babies disappeared to, least of all her husband. Even the most unobservant partner should notice a full term pregnancy. It makes me wonder what kind of relationship this woman was involved in that people around her cared so little that no one noticed when she had a complete mental collapse.

t Being a parent is simultaneously one of the most taxing and rewarding things a human being can ever do. Parenting is hard work if you do it with even an inkling of commitment. It’s 24 hours a day, no days off, nights and weekends and it’s 98 percent selfless. Sure, there is the privilege of growing and bringing a human being into this world, which is nothing short of a miracle, but it is certainly the hardest job that you’ll ever love. It is so much bigger than we could ever have imagined. That in itself can be overwhelming in so many ways, but we learn to cope. We do what we have to do and we get through it, hopefully with a little beauty and grace and without damaging that precious child in the process. This is our end goal; pure, unadulterated unconditional love. Sometimes, motherhood is too much for some people, and they snap, and maybe that is the case for Megan Huntsman. Huntsman has been arrested on suspicion of six counts of first-degree felony murder.

t Uncharacteristically, I don’t want to punish this woman for her crimes. I want to know why. I want to believe that beneath this travesty there is a mother who is suffering and severely damaged in some profound way. We don’t know what really happened yet, but for today, my prayers are with everyone involved.

t What do you think could cause a mom to murder her newborn?