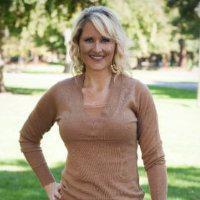 No one ever said being a single parent was easy. Some days are harder than others. 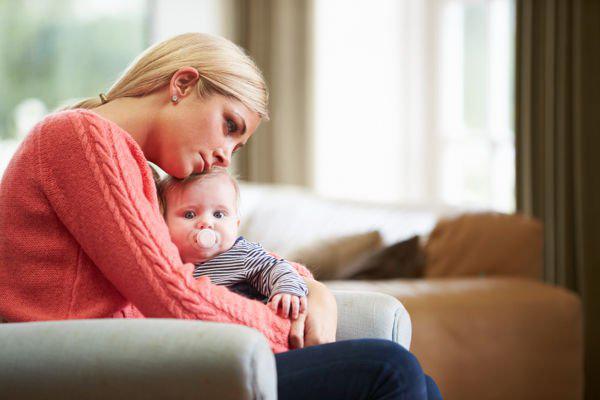 t No one ever said being a single parent was easy. I guess I am luckier than most, because in some ways, I was raised for this role. My mom was a single parent who raised three children with little to no help, no money and without a college education. And somehow with her street smarts she figured it out. The days it seems hard, I think back to my mom and my childhood and just shake my head and wonder how she did it.

t Some days are harder than others. Of course we can all relate to the days when you are tired or just want a break, or the mornings we just wish we could pull the covers over our head and pretend there isn’t a world out there. But then there are those days when it really sucks being a single parent. Here are my top five.

When I am sick

t I’m still not sure which is worse, being a single parent when I am sick, or being a single parent when my daughter is sick. When I am sick, I’m wishing, hoping and praying that there were someone else to call to do all the things that have to be done when my immune system is on a holiday break. And although my daughter is very caring and loving, “Mommy really doesn’t feel good right now so can we just lie in here and watch a movie together” works for about 10 minutes. Then my daughter, sometimes referred to as the Energizer Bunny, returns and she wants to do something, anything that requires much more energy than I have at that moment and I just wish I wasn’t a single parent.

When she is sick

t The next worst time to be a single parent is when my daughter is sick. It isn’t because I mind caring for my sick child. In fact, I can admit (though I wouldn’t tell her), I sometimes enjoy these times because I get to care for her like she still is my baby and not the “tween” she has turned into. The hard part is when she needs medicine and I’m the only one around. In fact, she had a 101.4 degree temperature and an upset stomach, and I had no Tylenol, Motrin or 7UP in the house. So what’s a single parent to do? I packed my daughter in the car in her PJs, drove to the corner market, locked her in the car, and ran in to get the necessary supplies to survive the night. Oh I just wish I wasn’t a single parent.

t Then there are those “parent events,” such as school events, when my daughter says “my friend’s parents want to invite my parents over for dinner,” or any other event where I somehow end up being the third wheel. Or maybe I should say the single wheel. Don’t get me wrong, I loved it when my daughter was 5 and performing in her first show. But it is oh-so-painful to sit through the other 200 kids performing their solo as well. If I had a husband there with me, we could at least have suffered together! On these days, I just wish I wasn’t a single parent.

t Earlier this year my car battery died. I didn’t think it was going to be a problem because I happened to have another car at the time I could use to jump the battery. The problem? I have a single-car garage. This means in order to jump the car I needed to pop it into neutral and push it while carefully backing out of the garage. Easy with two people. Not so easy as a single parent. I quickly tried to open an AAA account, but there is a three-day waiting period for their services. So what is a single parent to do? I grabbed three pillows and my daughter and out to the garage we went. Two pillows went behind her back to push her forward enough to reach the pedals (the brake really) and one pillow to go under her so she was tall enough to see me give her directions. We practiced having her push the brake. I showed her how to pop it into neutral and into park and off we went. I pushed, she steered, and we moved the car out of the garage. She loved it; a driving lesson at 9. On that day, I just wish I wasn’t a single parent.

There is a mouse in the house

t I can deal with a sick child, a broken sink or operating on a few hours sleep. But I must admit, the one thing I don’t like more than anything else in the world… mice. Or rats. Or really anything that has a long tail and beady eyes. My daughter was a little over 1 and I decided to clean my carpets while she was taking a nap. My carpet cleaner was stored in my detached garage. So I went out to get the cleaner, rolled it to the kitchen door and lifted it into my house. And then it happened. I saw it. I swear to this day the thing was 5 pounds and 24 inches, though in reality it was probably less than 6 inches long. It was a mouse. A field mouse. A field mouse that happened to make a home in my garage and was using my carpet cleaner as a bed. And now that thing was in my house. It ran from the carpet cleaner to under my couch. It was that day, just a few months after my divorce, that I realized how much it sucked to be a single parent. So what did I do? After a loud scream I ran upstairs, grabbed my daughter, and we went to the store to buy mouse traps. I made sure to buy those that had a little house so that I didn’t have to see the little rodent. I came home, put 20 traps out and left for the next 10 hours hoping that it would fall for the trick and make the mouse house its new home. I came home, put my daughter to bed and after checking several of the houses saw one with a tail sticking out. I knew I had caught it. But then the worst was yet to happen. I had to get the mouse house into the garbage bag. I did. I had to. I eventually took care of it. Oh I just wish I wasn’t a single parent!

Now, what are yours?