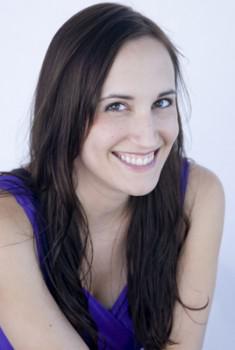 Now, making a weekly plan is very painless and quick.

t After I wrote 10 Parenting Hacks that Changed My Life, I received several questions about how I plan weekly menus. I’ve been doing this for three years now, because I finally found a method that works for me. In the years prior to this system, I had tried and failed over and over again.

t I’m lazy. I’m not organized. I tried menu planning on my computer using spreadsheets, and also using online recipe sites, but nothing ever stuck. The problem was, I had recipes on my computer, I had a warehouse of cookbooks on a shelf and I had huge messy piles of magazine clippings too. Everything was in different places. I needed a common theme and something to pull it all together. 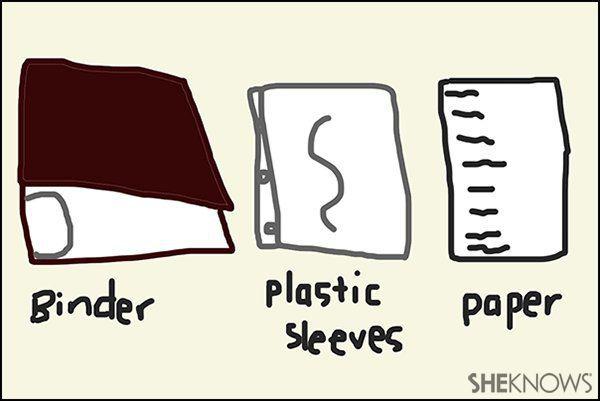 t So I got a three-ring binder. I know, roll your eyes. It’s boring and old-fashioned. Mine is ugly and brown, but it works. I also got some of those plastic sleeves that go inside of the binder, and I had plenty of printer paper on hand.

t Next, I needed a theme. I couldn’t put every single recipe I have in my binder; that wouldn’t be helpful. I wanted my binder to just be for weeknight-friendly recipes.

t However, the thing I’ve always hated about menu planning was that I’d sit down to write one and my mind would go blank. I couldn’t think of a single thing.

t So the first thing I did was write down (just a list!) everything that I can cook without looking at a recipe. This is where all the quick, convenience things like pizza, spaghetti, hot dogs and burgers went. I also included things like salads, pot roasts, chili and tons of vegetable dishes. Anything I can make without looking at a recipe went on the list, and the list went into a plastic sleeve in the binder. Were these the healthiest recipes or what I’d ideally like to feed my family? No, not all of it, but that’s okay. This was only the beginning.

t I also had three or four tried-and-true recipes that were simple enough to go in the binder, so I printed those out and added them to the plastic sleeves.

t My binder started out very small with a very limited selection of recipes. Each week I’d plan a menu of meals/recipes from the binder, and on nights that I had a bit more time I’d try out a couple new recipes, and some of those would later wind up in the binder.

t Remember the stockpile of cookbooks and magazine clippings I have? 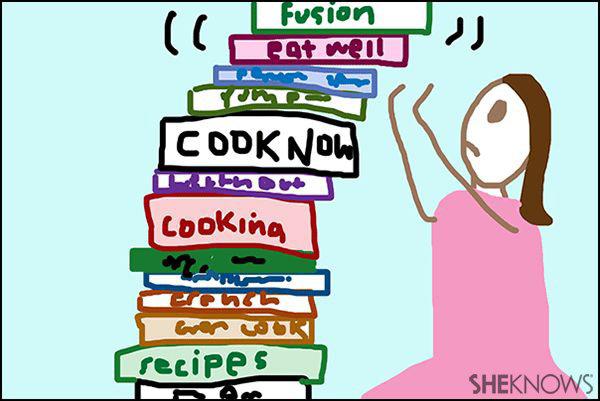 t Each week I pull out one and I test out a new recipe or two from it. It is essentially on trial in my kitchen. This has allowed me to clear out many of my cookbooks, as I found that many only had one or two recipes I was even interested in trying. Same goes with online recipes I’ve bookmarked or magazine recipes I’ve saved. Each one is tested to see if it is going in the binder or not. 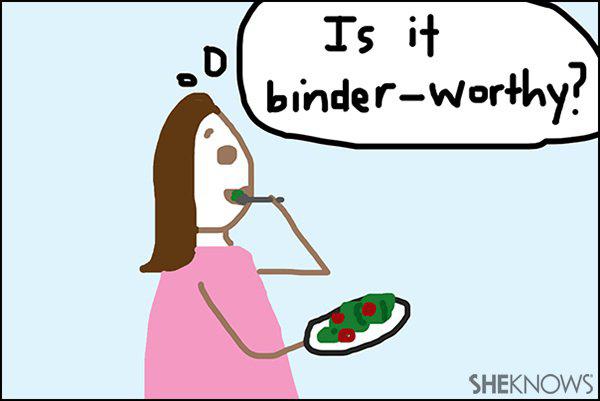 t To elevate it to binder status, the recipe had to be easy and quick enough for a weeknight, yummy and ideally at least one of my kids had to like it. I’d then print it out and make any notes/adaptations. It would be moved to the binder, and became part of our rotation of meals.

t It was a process, and it took some time early on, but now my binder is full of healthy, weeknight-friendly, tested and approved recipes. Now, making a weekly plan is very painless and quick. 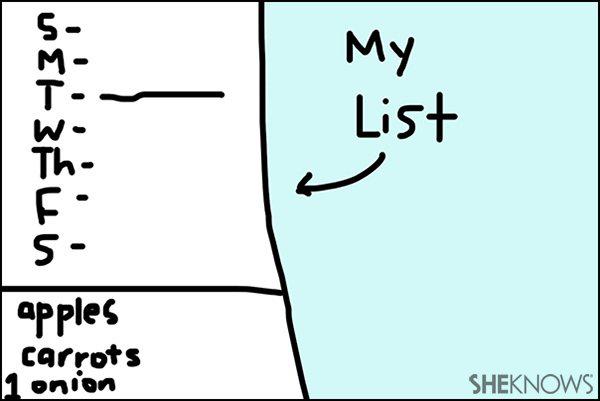 t Every Sunday I write out the days of the week, the meal we’ll be having each night from the binder (making note of nights when we’ll be gone or will have less time and so on) and then below I write the ingredients for each meal. After I’m done I’ll reorganize the shopping list to group like items together to make it easier at the market. That’s it!

t The part that takes the longest now is deciding which (if any) new recipes to try. Some weeks we’re very busy and we don’t try anything new. Other weeks I’m feeling inspired and we’ll try out several new things.

t The reason this worked for me is that I started with a base of recipes I already knew and I added new ones slowly. Interestingly, we almost never make any of the convenience foods that were on our original list anymore. Our eating habits have changed, and we’ve found healthier options we enjoy more.

t The other reason I think it worked for me is that I’ve been very strict about keeping this binder just for “weeknight friendly” recipes. It does not include all of the recipes that I’ve made or would like to make. I still have cookbooks, and I still bookmark recipes online for elaborate meals that would take hours and hours to complete. I love that stuff, but I keep it separate.

t There are a million different ways to menu-plan and this is just one way. No idea if my way will help someone else or not, but if you’ve tried and failed in the past, try another method until you find one that works for you.