This unique parenting style, the name of which was coined by author and educator Kim John Payne, offers a refreshing view of parenting today. Payne believes it’s all, to put it simply, too much! 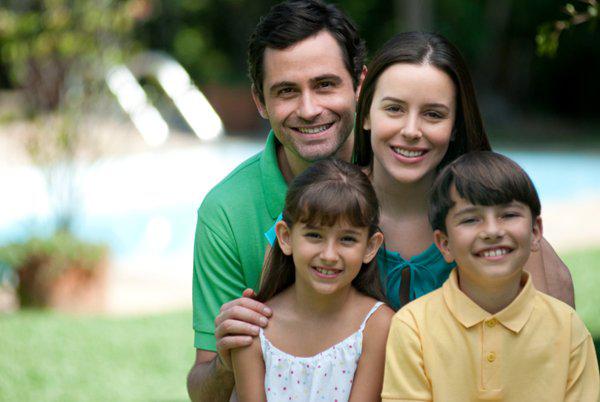 t A few years ago, if you’d asked people what kind of parents they were, you’d probably get responses like “dedicated,” “good” or maybe “a bit of a worrier.” But these days, that same question might have a very different connotation. Unless you’ve been sleeping under a rock or just avoiding the Internet for the past five years (I’m not knocking ya; it’s crazy around here!), then you know there are a variety of different parenting “styles” out there, not just adjectives for describing parenting techniques.

t You’ve probably heard people use the words “helicopter,” “attachment” and “free-range” to describe how we bond with and mold our offspring. (OK, now I feel like we’re talking about chickens.) But you may not have heard of something called “simplicity parenting,” so here I am to tell you about it.

t The model offers a refreshing view of parenting today. I recently spoke with author and educator Kim John Payne who coined the style. When I asked him what parenting is lacking today, he replied with one word. “Space.” To put it simply, he believes that kid’s lives and schedules these days consist of too much, too soon. It is his intention that when it comes to parenting, we all need to slow down and simplify things.

t “We need to remember the gift of boredom,” he says. “Boredom is the precursor to creativity. Now that the average stay in a job in the US is around three years, our kids need now more than ever to be creative and adaptable.” But he insists, Simplicity Parenting “is not about going back in time, it is about raising kids for a future where they will need to be highly innovative and not passive consumers of content.”

t Don’t you agree? I know I do. Though I didn’t realize the technique had a name until recently, of all the parenting styles out there, I feel most drawn to this one. With the push for accelerated early learning in schools that Payne says came more into focus with the No Child Left Behind act, parenting is becoming almost competitive and our kids are feeling the pressure. “When I returned from working in refugee camps in South East Asia,” he explains, “I was struck at the similar stressed looking children here in the west. These kids were from ‘typical’ families yet they looked like war time kids. The same nervousness, fight or flight reactions, over controlling behavior. It led me to feel that we are living in in the undeclared war on childhood.”

t Payne believes that when kids are overscheduled and stressed, everything becomes a struggle and what parents really need to do is tune in and listen to their instincts, rather than accepting this as normal. “One parent commented, ‘Before I dialed it all back and slowed it down, everything was hard. My kids seemed to push back against pretty much everything I said. It’s kind of embarrassing how much better our relationship has become by simplifying our lives.”

t So how can we simply our lives? According to Payne’s model there are four realms for simplifying.

t The first is to address the environment. The objective here is to “declutter,” in the most literal sense. “Decluttering a kid’s toys, books and clothes give a child a feeling of order and space,” Payne says. “The interesting thing about fewer toys is that the kids play better. This is because when there is less stuff, the kids need to get creative. Getting creative triggers the collaborative centers of the brain which allows them to play in a way better way with each other.” He also says kids will appreciate what they have more when there is less because “what is rare is precious.”

t The second realm is about increasing predictability in the child’s daily rhythm and creating time for calm moments and connection.This creates consistency and, again, a sense of calm. The child knows what to expect and can easily assimilate into the flow of his or her day. Personally, I find that this is especially important for children who tend to be a bit more high-energy. Having a pattern to follow makes all the difference. I find the toughest times with my 4-year-old happen when her daily rhythm is somehow disrupted or when she doesn’t have time for chilled-out, calm moments. On days when she has time to herself to decompress or just be quiet, she is far more content and grounded than on days when she doesn’t have that time.

t The third realm, scheduling less, goes hand in hand with the second realm. Many families today feel the need to have their children constantly occupied. Payne feels there is too much “doing” and not enough “being” in today’s world, and these kinds of nonstop schedules breed that kind of detachment. While scheduling kids with activities like sports and lessons is no doubt done with good intentions, letting kids be bored actually makes space for more imagination, self-directed play and much less stress.

t The final (and maybe the most difficult) realm for many modern families is unplugging, which typically refers to unplugging from media and consumerism. Payne says he’s not rampantly anti-screen, he’s just for “relating to the real world.” One of the main problems with today’s excess of screen time is the fact that while children are engaged in the tech world, they are not doing other things like learning social skills, awareness and emotional intelligence. They are also not learning to self-direct and are often overloaded with information that their young minds are not mature enough to process. “It’s important to remember that what a child sees on a screen is someone else’s creativity, not your child’s.” He sites a 2011 study by The Kaiser Family Foundation, which found that kids are watching an average of 7.5 hours of screen a day. “That’s an alarming amount of time to have someone else raising your kid with values that very likely don’t always match yours.”

t If this sounds like a lot of work, the good news is that you can start small and work your way in. Payne believes “the great thing about Simplicity Parenting is that a parent can make a small doable change that will fit naturally in their family.” Sounds good to me! He quotes one parent who said, ‘I was so burnt out on parenting books that always left me with the feeling that I had to do and learn a ton of stuff. This is the only book I know where you don’t have to do anything more, but simply do less. I can do that.”

t For more information, check out the Simplicity Parenting website or buy the book (Amazon, $15).