I recently saw a segment on the Today show discussing the pros and cons of having your child in a Spanish-immersion program. It really intrigued me, because I saw fellow blogger Ana Flores, a Latina and co-founder of SpanglishBaby.com, talk about the rising need for bilingual programs and how parents can deal with the difficulties of infusing this type of program into their overall way of life. 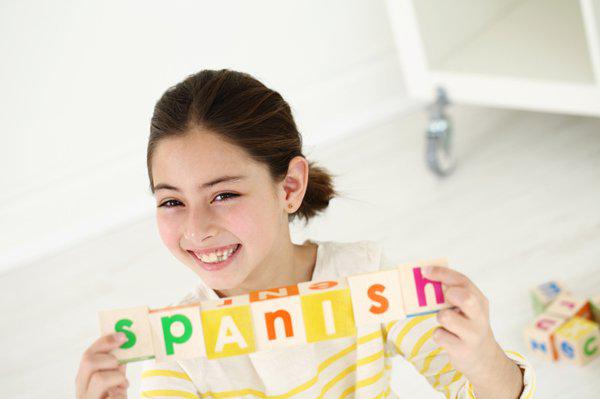 t I’m not Latina, but I am a mom of a kid who is deeply immersed in a Spanish program at his elementary school. There is also a great need for our kids to be able to compete globally, and learning more than one language is a preface to being competitive.

t My son Rudolph attends an elementary school that is the only public school in the state of Georgia to adopt a Spanish-immersion program. Just so you know, these types of programs are few and far between, but there is a growing movement — as seen through an online mission-grants campaign — to bring Spanish-immersion programs to schools across the country. California is vying for votes in the online campaign, and other cities are following suit as well.

t A Spanish-immersion language program can be naturally infused into a school’s elementary curriculum. For instance, for half the day, my son is in a regular English class, and for the other half, he has a Spanish-speaking teacher, and he’s fully immersed in Spanish because the teacher does not speak English at all. My son is forced to learn to understand what the teacher is saying without her translating.

t It’s a great program, and since August, he’s learned to read common Spanish words like those for colors and numbers, and he knows many other Spanish words, although he can’t speak the language just yet. At first, it was challenging for me because I don’t speak Spanish, but I’ve actually been learning along the way, too.

t So how can a non-Spanish-speaking parent navigate and survive the demands of a Spanish-immersion program? In my case, my Spanish is very limited. I was a little apprehensive about my ability to help my son thrive in this type of program, but I quickly realized that there are tons of resources to help me survive and thrive.

t The best way to embrace a Spanish-immersion program is to be a student yourself. Learn Spanish sight words, how to count to at least 20 in Spanish and how to sing the alphabet in Spanish. Learning the basics isn’t as hard for adults as it is for kids, especially with websites like www.spanishlanguagelearner.com. The site is full of resources and was the go-to site for me when my son started his program. You can feel assured that you can still help your child and learn along with him, too.

Be ready for change

t Just know that there is a silent period during which your child will not speak Spanish, although he many understand it. My son is going through this silent period, and while he totally understands what his teacher is saying, he can’t articulate and hold a conversation just yet. Just because your child can’t speak the language doesn’t mean he doesn’t understand it. Don’t get discouraged. It’s just part of his learning process. There is a period during which he won’t articulate, but don’t get frustrated and pull him out of the program. It’s OK. You will see your child blossom in the weeks, months and years ahead when he completes the program. My son will complete the program in fifth grade. This is a long-term commitment that will pay off when your child becomes proficient in the years to come!

t Fill your house with music, books and games in Spanish, play with your child and have fun. Turn your child’s favorite games and activities into Spanish games and activities! Let her lead the way and teach you how to play. That will allow her to reinforce her language skills and practice speaking Spanish. This is a great way for your child to embrace Spanish while fostering a love and appreciation for the language.

t Check your area for dual-language and Spanish-immersion programs, because in the end, your little bilingual learner will soar.