My firstborn walked out the door just a few weeks ago, and while I thought I knew what to expect upon his departure, I soon realized that I never, ever really knew.

How do you know how you’ll feel if you’ve never experienced something? As a mother of four, I thought I knew it all, and that parting from my eldest child would be easy. How wrong I was, however, really caught me off guard. 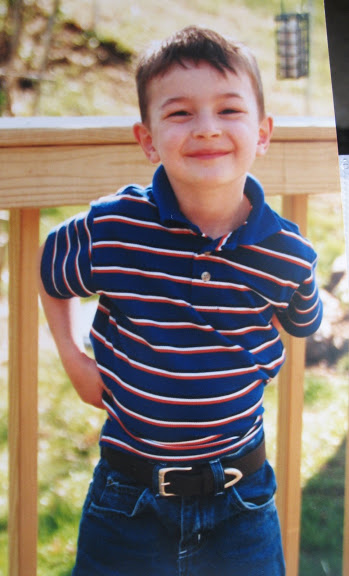 In a frigid operating room in late 1995, the wails of a newborn reached my ears during my one and only surgical birth. I thought I had known what to expect while I was waiting for his arrival, but once he was here, I lacked joy. Instead, the cries rang alien in my 21-year-old ears.

It wasn’t long, however, before my heart embraced this tender little babe and he became my world. He was a roly poly baby, chubby and beautiful, and the happiest little thing I had ever seen. He was charming and joyful and was, quite simply, the light of my life. 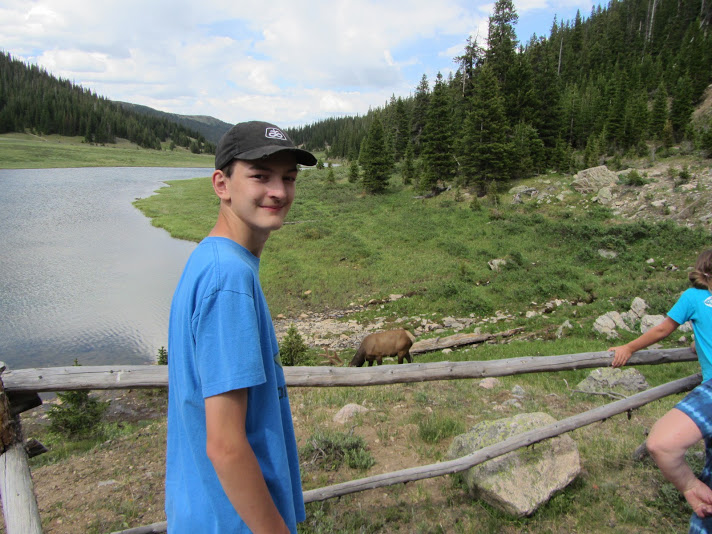 I know that when I was raising him from a sweet baby to a young man, it didn’t seem like it was a rapid journey. Each moment of pride, of stress, of heartache, of happiness… it all seemed to last within its own bubble in time, one that would last forever. Also, his progress through the years was fun. Taking him to kindergarten was exciting, not tear-jerking. Enrolling him in middle school was cool, not sad. High school? Awesome!

And high school was… challenging. A lot of focus went towards keeping him on track so he could graduate. He got a fabulous score on his ACT but his GPA wasn’t great — he’s exceptionally smart, but had trouble keeping up with his written work. So when he started bringing home information on graduation… like, the actual ceremony… it sort of hit me out of nowhere.

“Time of Your Life”

Preparation for graduation was extremely surreal. Ordering the cap and gown and — oh my God — seeing him try them on. Ordering graduation announcements, and then assembling them at the kitchen table with him by my side, adding the little card to each one that had his name emblazoned across it in elegant script.

And then the big day arrived near the end of May. We traveled to the arena that would hold all 330 graduates and their families, and once we entered, the air inside felt strong, charged with emotions and excitement. I managed to stay tear-free through the ceremony, even through the senior choir’s rendition of Green Day’s “Good Riddance (Time of Your Life).” However, that horrible, horrible song caused me great grief in the days that followed as, for some reason, I couldn’t get it and the sentiments involved out of my head.

Seeing him walk across that stage, shake his principal’s hand and watching him grasp his diploma and look up at me with happiness really blew my mind — you can’t ever prepare for that kind of heart-bursting pride. 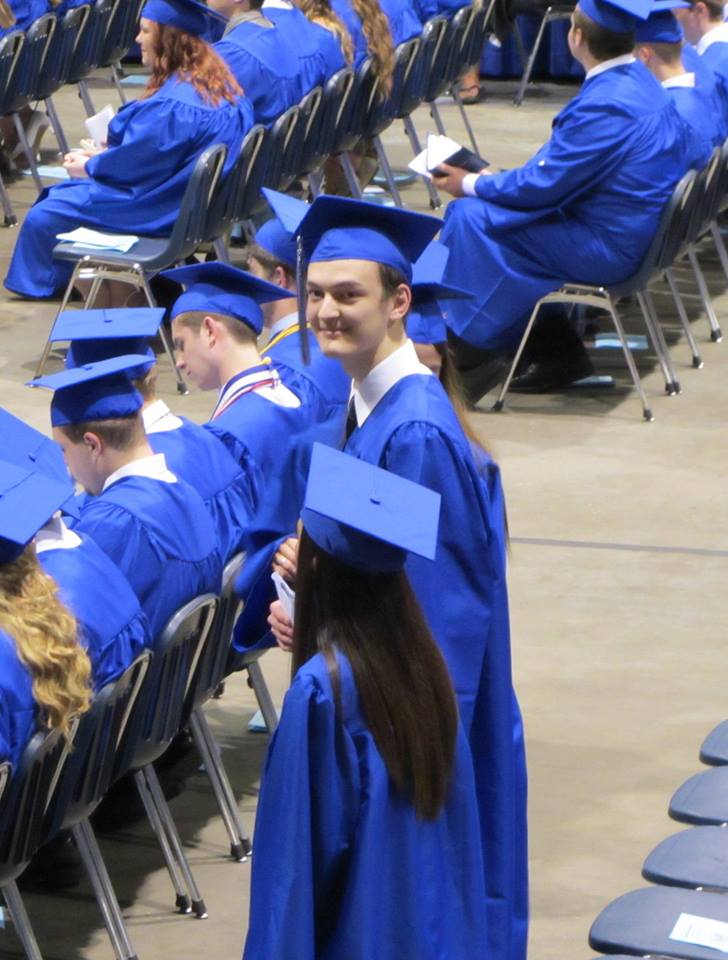 Dagan had lined up a job at Yellowstone National Park for the summer, a job that started just a week after graduation and required 1,000 miles of travel. After a lovely graduation/farewell party the following Saturday, the time had come to make the final preparations. As I walked around our back yard later that evening, I discovered that a baby dove had gotten out of its nest too soon and our dog had killed it. It cast a shadow on the rest of the evening, and as Dad spent a lot of time helping him pack, I looked on with what can only be described as pure dread.

For it had finally sunk in — something that I was sure would be another fun and exciting step in my child’s life was actually taking him far, far away from me. And the feelings that were taking over were surprisingly ugly and raw. After going to bed that night, I spent some time bawling into my pillow… the type of crying that renders you snot-filled and unable to breathe. While these were not the first tears I shed since graduation, they were the most painful.

I slept poorly that night and woke up early, and we all sort of shuffled around until it was time to take him to the bus station. I looked at him, he looked at me, we embraced, and the ugly cry commenced. I don’t think, in the 18 years since his birth, I have ever cried like that. And he walked out the door.

The next two days were extraordinarily difficult because communication was limited and he wound up getting stranded in a Denver bus station for 8 ridiculous hours. I didn’t experience relief until he rolled into Billings, Montana, and didn’t experience true relief until he emailed me from his room at Yellowstone, around 36 hours after he departed. 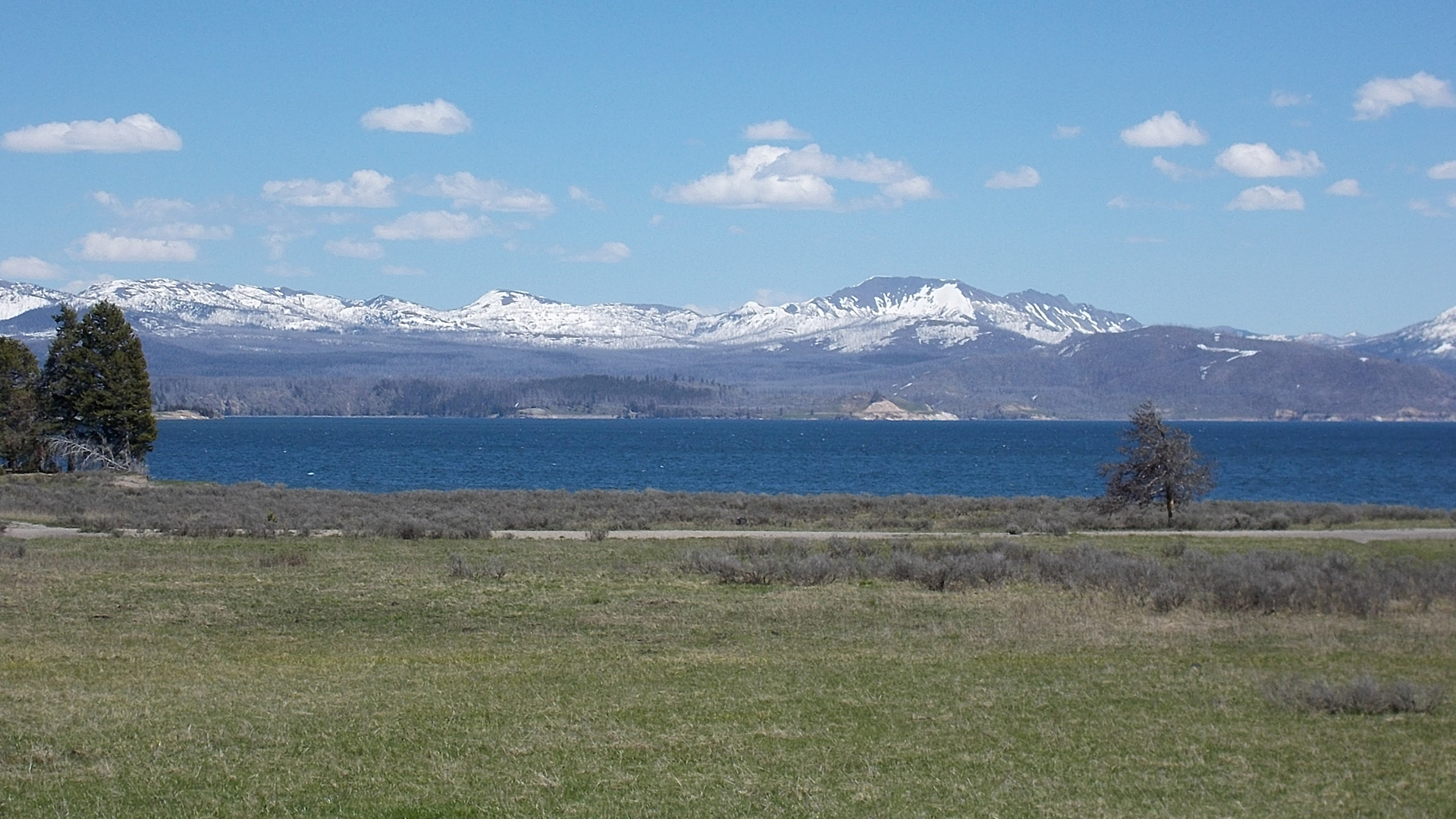 A new life to live

I await his emails like a child on Christmas morning, and when I see his name on the sender’s line, I often exclaim with joy. Now, however, communication is still quite limited and I don’t hear from him nearly as often as I’d like. His emails are generally, “I’m fine. I’m literally busy all the time.” He’s only sent a handful of photos. And most unreal of all, I cannot believe that the little person who lived with me and grew up with me for 18 years doesn’t live here anymore. His room is dark and empty. The clever, funny boy who taught me how to be a mommy… he’s out of sight, all the time.

This is what kids are supposed to do. Grow up, and leave the nest (and hopefully not be eaten by a dog in the process). I already have adjusted in the days that have passed since his departure (meaning, I’m not physically ill from stress any more, and am excited for his adventures again), and I’m happy that he will be home again in just over three months. But I can’t help but survey my other three children, one 15, another 11 and the fourth still a baby at age 4, and wonder, what will it be like as they take flight from my nest, one by one?

I wasn’t prepared for the feelings that would wash over me when I first had a baby. And I was not prepared for how painful his leaving home was going to be. This has really given me a new perspective on parenting, and what saying, “Goodbye” really means. It’s not the end — it’s really a new beginning. But getting there is so, so hard.

Most of all, that beautiful journey from “hello” to “goodbye” is something that I will never, ever regret.

More on growing up

15 mins ago
by Kristi Pahr

45 mins ago
by Kristi Pahr