The female nipple has long been censored, and women are fighting back — for themselves, for their babies and for their children.

The female nipple has been the subject of much scrutiny as of late — and going around topless in public is only part of the controversy. Breastfeeding in public has always been a hot topic, and unfortunately remains something that some feel should be “hidden” or at least covered. But you know what? That’s not a requirement, and thinking that way is oppressive.

You may have seen the #freethenipple hashtag trending on Twitter. The idea behind the movement is that an exposed female nipple is no more inappropriate than an exposed male nipple. Celebrity adherents, most notably Scout Willis, have taken to the streets, demonstrating how going topless in NYC (for example) is legal, but the photos of such activity cannot be posted to social media sites like Instagram or Facebook.

The issue is pervasive in the parenting community as well, with moms being asked to cover up, go to the bathroom or even leave the premises when they breastfeed their child. A short PSA, starring Soko, Rumer Willis and Tyler Jacob Moore has been released titled, “Everybody’s Gotta Eat.” The premise is simple — we’re humans, we’re hungry and we eat. With no shame, with no conflict and with no disgust. These same principles need to be applied to babies and their mothers who need to breastfeed them.

Paala Secor has been personally involved in the #freethenipple campaign since Facebook lifted its ban on exposed nipples in breastfeeding photos, and she tells me that she loves this video. “I really appreciate how simple and straightforward Free the Nipple was about this issue,” she explains. “Humans eat food. Babies have the right to eat as well. Mothers have the right to feed them without harassment.” 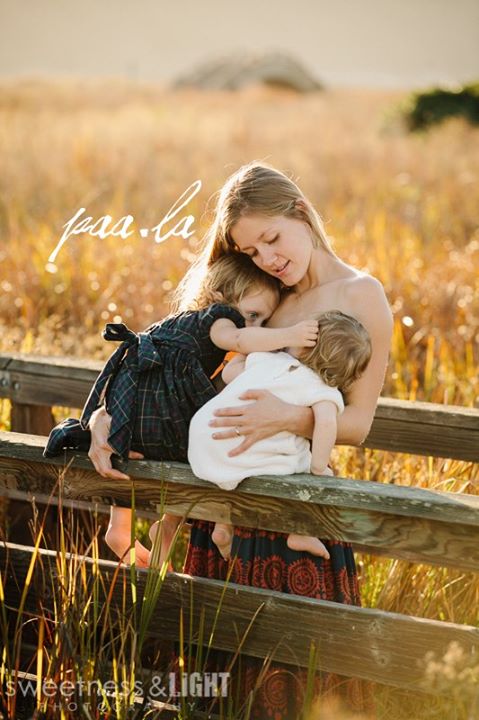 Facebook’s recent policy change prompted Paala to post photos of herself nursing her little boy, skin-to-skin, including an exposed nipple on the non-nursing breast. This has resulted in tons of support as well as criticism and condemnation, and unfortunately internet “trolls” are working overtime to try to get her photos removed and her banned from the site.

However, she says that her participation is not all about her. “It’s about the big picture,” she shares. “It’s about decriminalizing the female body, stopping the shaming and harassment of women for, well, just being women. My mother warned me about what it was like to be a female in a man’s world when I was just a little girl. I was confused at the time but looking back, she was just trying to warn me. I hope I never have to tell my daughters that. I’m working for them.”

15 hrs ago
by Michelle Maffei