Parenthood can make us do crazy things. We suddenly have a gushing fire hose of emotions like love, protectiveness and determination — all for the sake of our children. We become Mommy McGyvers: No booger, bout of barf, fear or phantom can stop us.

Sometimes, that craziness manifests itself in our reactions to a darling cherub’s behavior. On a car ride, Amy’s son decided his sister made the best tee for practicing with his play golf clubs and began hitting her repeatedly with them.

Other times, crazy comes in the form of desperation. Ryan’s daughter was potty training and the family was flying from Guam to San Diego, with a layover in Hawaii. Afraid of automatic toilets (like the ones on an airplane), “the child had not peed for the entire eight-hour flight and we were boarding any minute,” Ryan remembers. “We found a bathroom and I let her sit in the sink and pee! We were all relieved!” Unfortunately for him, he promised her a Ford Mustang in exchange for the sink pee.

Susan H. subscribes to the “necessity is the mother of invention” level of desperation.

“Beginning at the age of 3 years, my son… would proclaim, ‘All done!’ Then he would flop to the floor and lay there. It didn’t matter if we were at the park, the mall, the airport or grocery shopping — down he would go.

“One day when he was around 7 years old he said, ‘All done!’ and flopped to the floor in the dairy section at a Kroger store.

“Frustrated, I flopped to the floor and said I was all done, too.

“Shoppers stopped and stared. He must have been shocked and mortified because he jumped right up and helped me to my feet. He never flopped to the floor again. I should have done this years ago.”

Love your kids: How discipline shows you care >>

Stephanie R. was halfway over the expanse of ocean between Hyannis, Massachusetts, and Nantucket, desperate to get to a daughter going through her first heartbreak, when she remembered a critical point: She was scared to death of flying.

She hadn’t given it a thought at any point between her two-hour drive to the airport and the time it took to get halfway over the ocean. Shockingly, she skipped the ferry and flew back.

“Going home was pea soup,” she remembers of the conditions on the return trip. “Visibility was zero, and we were flying into marshmallow fluff! When we landed, I wanted to kiss the ground [like the Pope does]. A lady behind me said, ‘Was it always like this?’ I mumbled, ‘Don’t know,’ and staggered to my car and home. Yes, I would do anything for all three kids and have!”

And then there’s the I-didn’t-know-I-had-it-in-me courage only a parent has experienced.

Stephanie S. admits she “can’t stand the sight of blood and passes out before a shot or a blood draw.” But when her little boy had open-heart surgery, she smothered her emotions and helped a doctor and nurse pull a drain from her son’s chest. “I figured if he can handle the heart surgery, I can handle the aftermath.”

New parenting guide: Are you a sh*tty mom? >>

Parents know well the guttural instinct to respond to a situation without thought. It may be excruciating, exhausting and flat out disgusting, but we do it because in that moment, acting comes naturally.

Stacey’s testimonial is both touching and traumatic: “I have not slept through the entire night since 1996 people!” Not impressed? See a photo of Stacey and her youngest, Carter. 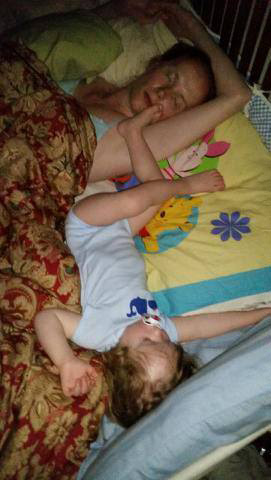 “My youngest spent the entire day in the Ergo, sleeping most of it. When he woke to throw up, I’d just catch it in the hotel towel, wrap it up in an ice bag (stolen from the hotel as well) and throw it away.” 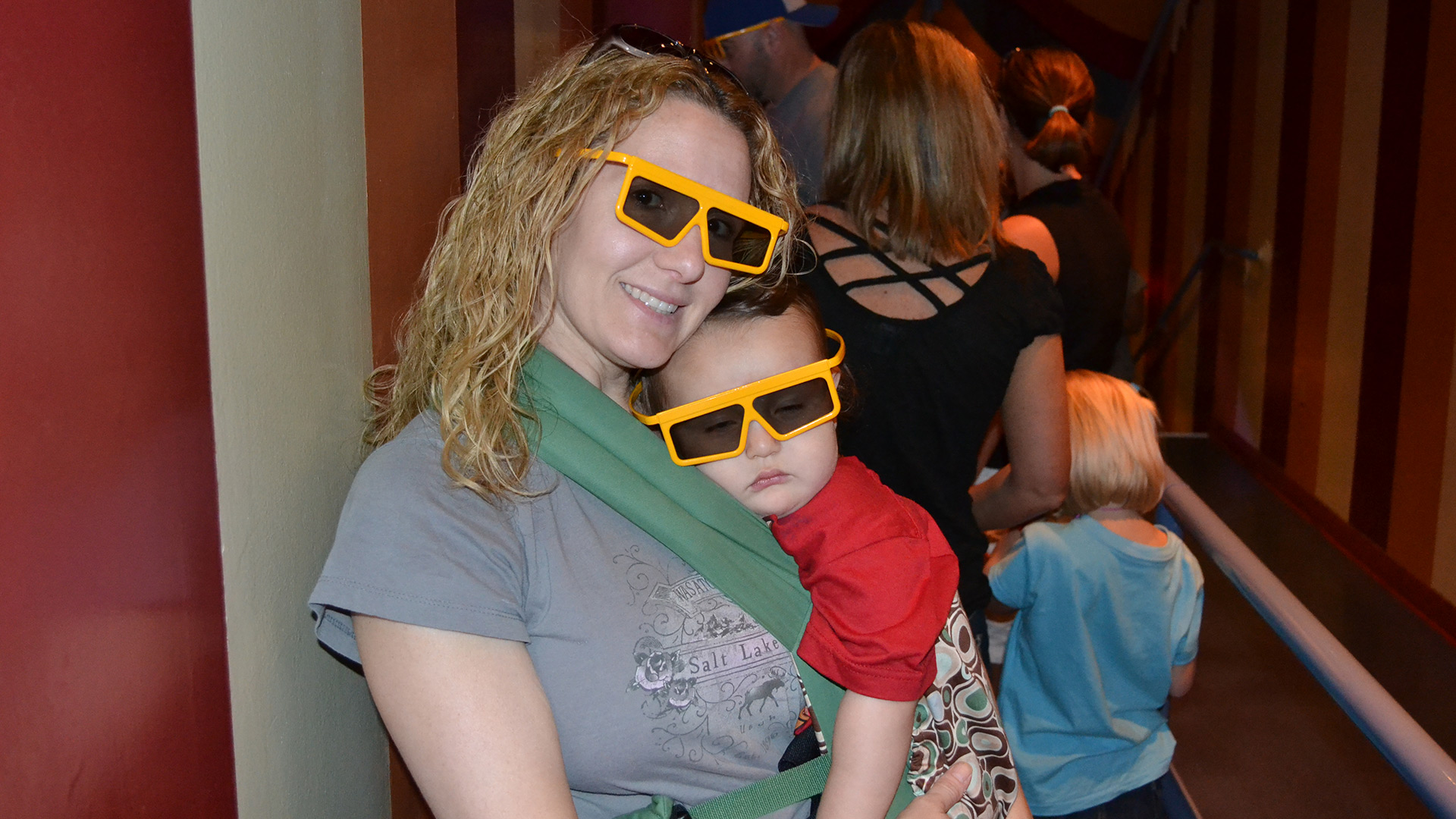 This requires that we revisit Brittany’s mouth sucking of boogers. Why, Brittany? Why? “First time mother,” she says simply. “Not knowing [about using] breast milk to clear out the snot. Sucked it out. Spit it out. Baby could nurse again. [I was] probably sleep deprived, too. Didn’t really think it through. Glad I did it though.”

A round of applause (and please pass the tissues) for this dedicated mom.

What’s the craziest thing you’ve done in the name of parenthood? For your children or because of them? Share in the comments below.