At 28 weeks pregnant, I am starting to feel a little whale-like. I try to exercise, of course, but when it comes right down to it, I am definitely not the pregnant athlete that these women are.

Amy Fraser Tackabury and Sara Cooper are no strangers to exercise and pregnancy; in fact, these super-athletes continued to compete and race — all throughout their pregnancies.

I’ve heard of these supposed women who do all kinds of incredible physical feats during pregnancy (besides growing another human being, of course), but I guess I never actually believed they existed. Until Sara Cooper shared her story with me.

Sara had just finished a sprint triathlon and was beginning to train for her next triathlon when she began experiencing some strange symptoms. “I was actually swimming in the pool at the YMCA for training when I suddenly felt drunk and nauseated,” remembers Sara. “It was awful! I still have a hard time with the smell of chlorine.”

Having just met an impressive weight loss goal of thirty pounds, Sara was determined not to put the weight back on and to continue exercising during her pregnancy. “I knew that being healthy would help make my pregnancy and delivery easier and would be better for my baby,” Sara explains. “I also had a philosophy that pregnancy is not an illness; it’s just a normal part of life. Because I had just gotten involved in the sport, I was so excited and enthusiastic, and it was natural to just continue to enjoy it!” 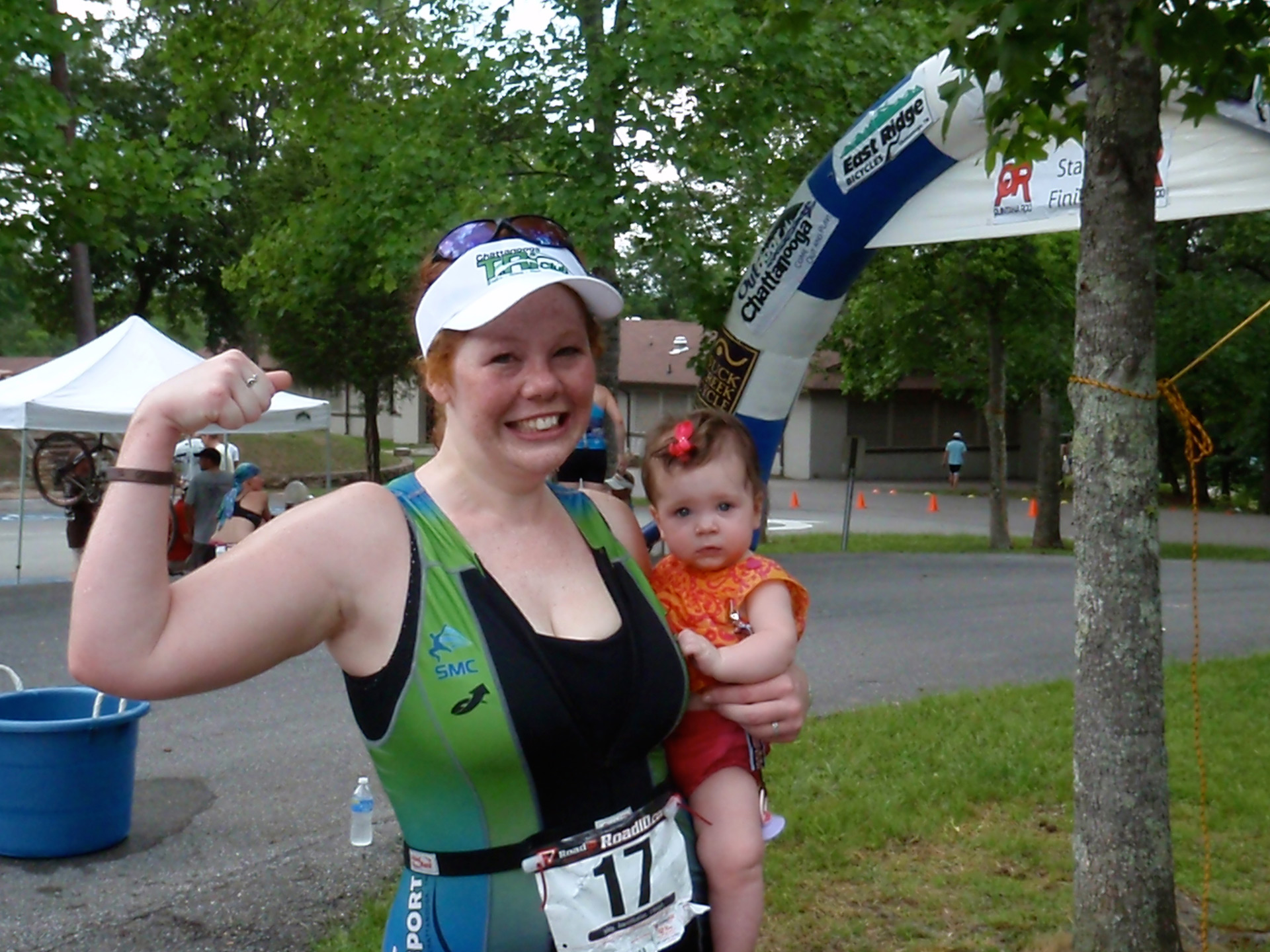 How she did it

With her doctor’s support, Sara enjoyed what she called “a very easy, very comfortable pregnancy,” continuing training alongside her long hours working as a veterinarian. She says her doctor, a runner herself, encouraged her to be aware of her limitations, take breaks as needed and monitor her heart rate. “She stressed hydration, hydration and hydration,” Sara says. Sara also found inspiration from her supportive husband and her own mother, whom she credits for teaching her that “pregnancy isn’t debilitating (in normal situations) and that a woman still functions — she just has a baby taking up some resources.”

With training, support and what sounds like a pretty exceptional attitude, Sara completed not one, but two triathlons while pregnant: the first while she was battling morning sickness at 10 weeks, and the second at 7 months pregnant. The hardest part? “Oh my goodness. The run!” exclaims Sara. “It felt like I had a basketball bouncing on my bladder with each footstep. The bladder makes it hard to reconcile keeping hydrated with the tiny space your bladder has. I had to resign myself to really frequent potty breaks on the run.”

Amy Fraser Tackabury also lays claim to the pregnant racer status. She completed a 5-mile competitive race while 29 weeks pregnant. (Side note: The fact that I am very nearly this gestation is not lost on me!)

“This was my third pregnancy, [so] I knew that my body was capable of so much more,” explains Amy. “I gained over 55 pounds with my first, so this was in part to keep me at my same activity level so as to not gain so much and have an easier time losing weight after the baby.” Amy continued her running when she became pregnant, checking in with her OB-GYN at every appointment, who told her to keep running. “As long as I felt OK [she said to] keep doing what I was doing,” says Amy.

She continued running and training for the race throughout her pregnancy, modifying to a slower pace as needed and using a bellyband for support. “The race went really well,” remembers Amy. “It was a hot August day, but I finished under my intended time and felt wonderful during and after.” 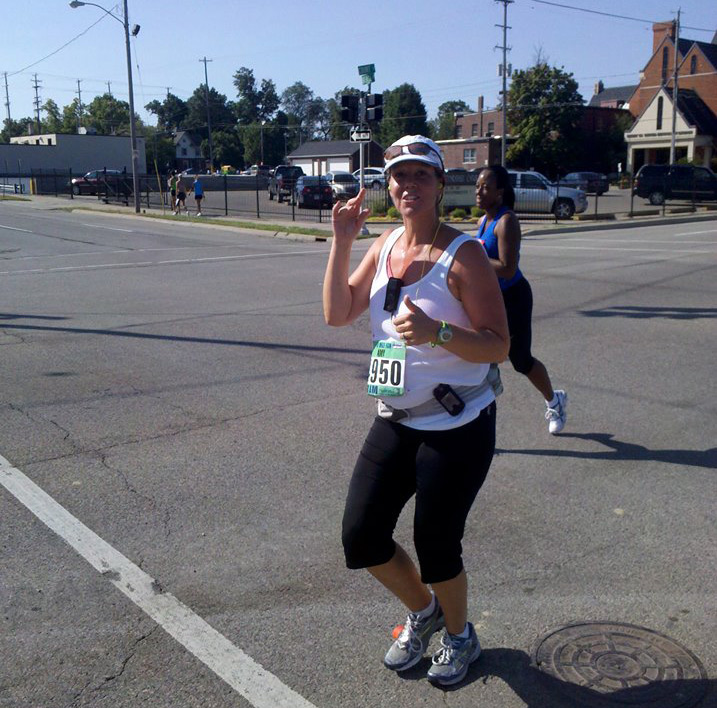 For Amy, running during her pregnancies was more than simply about a physical accomplishment. She attests to how her husband Dan, a family physician, supported her efforts because he knew how much running meant to her. “Dan has always been very supportive of me running during my pregnancies,” she relates. “He was not only looking out for my physical health, but mental and emotional health also. Running covered all of that for me.”

Advice for other pregnant athletes

So what advice do these pregnant athletes have to other mothers who wish to continue exercising and racing during their pregnancies?

“Know your body and adjust your expectations,” says Sara. “Don’t expect to PR races. Just enjoy the experience of being out there, taking your time and knowing that your baby is going to be a triathlete before she is even born! The three most important things are to stay hydrated, take it easy and don’t get overheated. If your balance is off (because your center of gravity is off), be careful on the bike. I switched from my road bike to a regular old comfort/cruising bike for the second and third trimesters,” says Sara.

More on exercising during pregnancy

Simple exercises to stay active during pregnancy
Pregnancy exercise: How much is too much?
Is it safe to ride a bike while pregnant?

20 hrs ago
by Emily Tisch Sussman