An ad campaign produced by college students is stirring up controversy. Why? Because the series of three posters depicts mothers breastfeeding in public restrooms, sitting on toilets. But what is the real issue here? 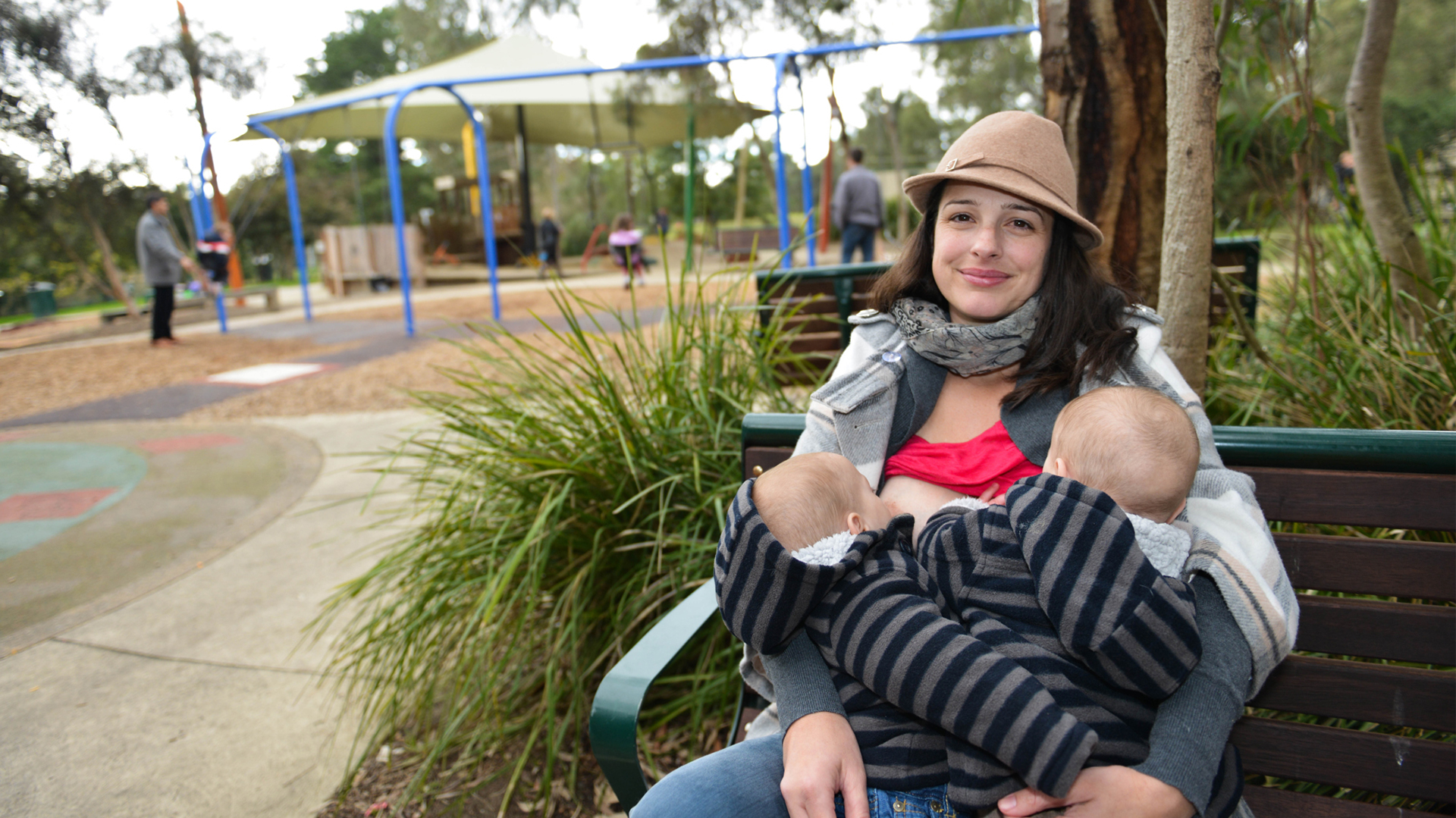 There are laws on the books in many areas that say not only are mothers allowed to nurse their babies wherever they are legally allowed to be, but the act of harassing them (for example, asking them to use a cover or leave the premises) is illegal. This is the subject of a bill that died last year in Texas — a bill a state representative plans to reintroduce next year. So when graphic art students were asked to create an ad campaign that reflected a real-world social issue or project, University of North Texas students Johnathan Wenske and Kris Haro decided to tackle nursing in public. And their striking ad campaign has hit a nerve.

Awareness of breastfeeding in public 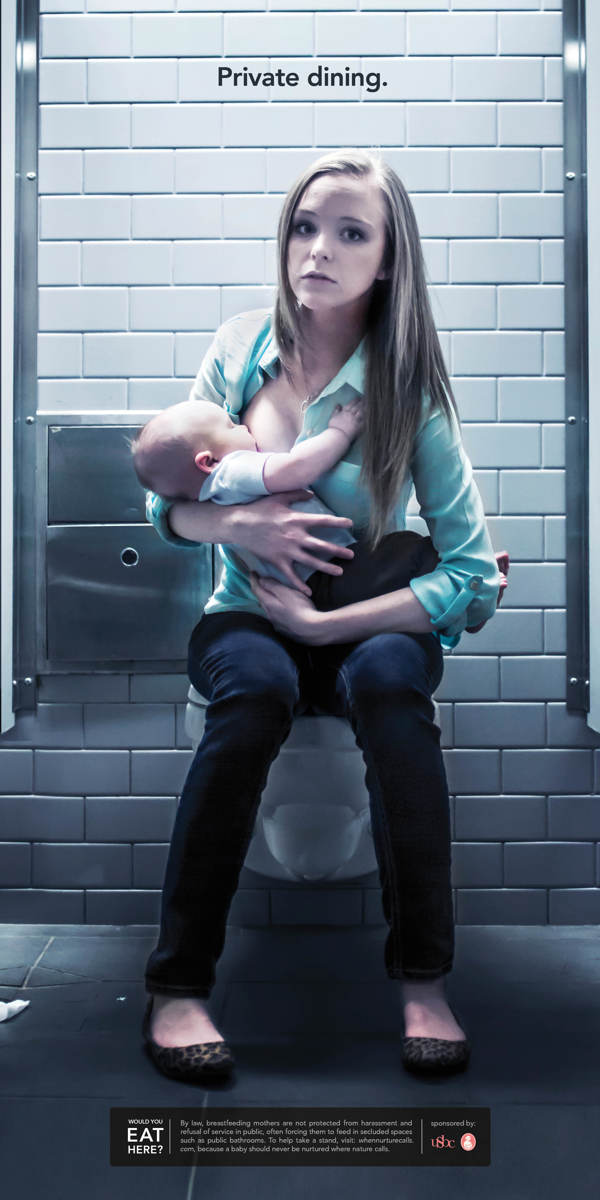 Breastfeeding in public is a polarizing topic. So many people say that breastfeeding is fine, “but” only if certain conditions are met — such as moms must cover themselves if they are nursing in public, or they should only breastfeed in private. However, state laws protect moms from being asked to cover or move (Missouri just recently passed a law making that illegal, in fact), so even if you’re uncomfortable at the sight of a nursing mom, you simply have to look away. It’s that simple.

However, there are many, many folks out there who feel that it’s indecent, disturbing, obscene or should be illegal to breastfeed in public. These are the ones who feel that it’s perfectly acceptable to ask a nursing mother to nurse their babies in a hot car, in a bathroom, on a toilet or “somewhere else” and this is why nursing mothers need to be protected. When a mom is approached by an employee of a business and asked to move or cover up, for example, it can really take her off guard and can be a humiliating experience.

A Texas bill that would have made this sort of harassment of a nursing mother illegal fizzled out last year, but the legislator who introduced it plans to revive it in 2015. These graphic art students decided to tackle the issue head on and it was immediately clear why such a law needs to be in place everywhere.

Breastfeeding in the bathroom

Each poster in their When Nurture Calls campaign depicts a mother nursing her baby while she sits on a toilet in a public restroom. The posters are designed to be affixed to the interior of a stall to raise awareness and make you think while you’re going about your business — would you want to eat where people poop and pee? No. Nobody would. So it’s unfair to expect a baby to eat under such conditions. Unfortunately, when the images were released, a firestorm of public opinion burst forth. A popular blogger posted one of the images on Facebook and it raced around social media, bringing out messages of support as well as vile judgment of the mother’s appearance, her age and her “indecency.”

Breastfeeding in public is a basic human right — a right of the mother to nurture her baby undisturbed, and the right of the baby to be able to eat without restriction. It’s sad what these images have revealed about the general public, but with time and with more moms nursing their kiddos in public, hopefully it will cease to be an issue.

More on nursing in public