The stories are heinous in different ways and the common denominator is heartbreaking — a mother of a teenage boy with autism kills her son and then herself. In a separate incident, videos show paraprofessionals at an elementary school lifting nonverbal students out of chairs, choking them and throwing them to the floor as a form of discipline. Both cases victimize children with special needs. 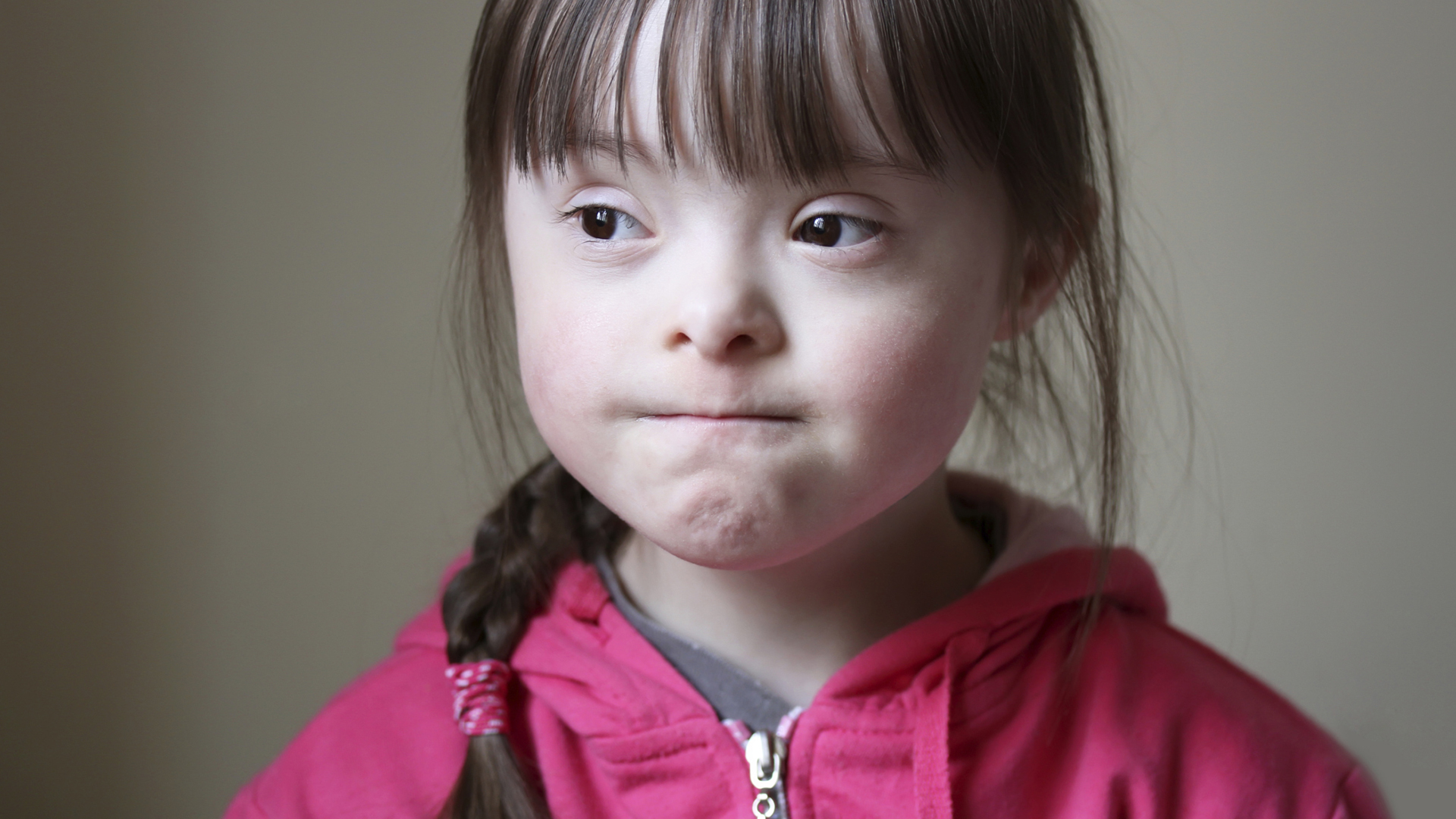 As mom to a nonverbal toddler with Down syndrome, these two stories send my emotions careening in several directions. I ache for the mother who took her son’s and her own lives, even while realizing the dichotomy of feeling sorrow for a murderer and wanting to kill anyone who hurts my child.

Both tragedies send me into a chest-constricting panic at the notion of my son — alone, scared and unable to ask for help or tell anyone what’s happened — being abused by one of the very people who have agreed to protect and care for him, whether a teacher, family member or friend.

What can we do to protect our children?

Social services and programs designed to provide resources and support to families with a child with special needs are underfunded and staffed by underpaid people whose passion stretches beyond their financial capabilities.

Training to teach educators how to work with children with special needs is limited and school resources are chopped on budget blocks every year.

“In a nutshell, our disabled population is viewed as disposable, hence the fact that the government doesn’t invest more in highly-trained caregivers who make a livable wage,” says Flannery, mom to 9-year-old son, Connor (diagnosed with Asperger’s syndrome and severe ADHD) and a 10-year veteran of working in social services. Flannery (a pseudonym) blogs at The Connor Chronicles.

In Massachusetts, the Cape Cod Collaborative has created a program called STAR, in which BCBAs work directly with teachers and therapists to better understand children’s behaviors.

“Behavior is believed to be a student’s communication related to what is happening in their physical or mental state and/or their interpretation of the environment around them,” Cape Cod Collaborative’s website explains.

But what about these children’s homes? How can we protect them in what should be their safe haven? “We need a comprehensive nationwide system of emergency supports,” Flannery adds. “If a parent calls 911, they risk being told that [emergency services] can’t help or, worse, they remove the child with aggression and put them someplace that isn’t appropriate.

“Children with severe behaviors need to be in a placement where they get medical attention and help to stabilize. It doesn’t justify murder, at all. But caregivers can see a deterioration in their mental health when they are sleep deprived and dealing with aggression without breaks or support.”

While some people advocate for cameras in classrooms with nonverbal children, that suggestion also brings us back to the need for more funding.

But installing cameras in those classrooms assumes that only nonverbal children are unable to report abuse. The fact is, we need intercepts at every step of a child’s life to help protect him or her. Pediatricians should monitor for caregiver depression. Children’s therapists should follow their instincts in witnessing how parents are coping. Feel uneasy? Tell someone. Report it.

I realize I’m asking an extra step of people who are strapped for time and overwhelmed by cases or clients. But it really does take a village to help protect our children, and most people will make that extra effort if they feel empowered and supported.

Let’s face it, aides in Atlanta who allegedly abused nonverbal children with disabilities probably need to rot somewhere. But what if — what if — an incident was preceded by an educator working in an overcrowded classroom with little training and no support and confronted by aggressive children?

Let me be perfectly clear. Abuse is unacceptable. Always. Abuse is a crime and should be prosecuted. Always.

But we should also consider it a crime if we fail to investigate what led to the abuse so perhaps we can prevent it from happening again. This loops back to needing more funding and more education. See the cycle here?

“I know through my own work in social services, as well as my own research as a member of the autism community, that there are many families struggling with aggression. For varying reasons. But having an aggressive child isn’t a reason to commit filicide,” Flannery says. “There are a lot of families that live with aggression that don’t commit filicide.

“An interesting study would be one that specifically examined cases in the autism community to determine whether the emotional and physical effects of aggression and sleep deprivation exacerbate an underlying mental health issue, causing someone to make that horrible, fatal choice. If a study was done and it showed a correlation between aggression in the family and a deteriorated mental state, then it would allow people to develop a screening tool to help identify the most at-risk families,” adds Flannery.

When these tragedies unfold, online discourse escalates to name-calling as the same cycle plays out. People ask, “How could she have done that?” People say, “What could we have done to help?” and then all hell breaks loose.

Suddenly someone’s empathy or desire to dig deeper and identify what, exactly, pushed someone over the edge becomes a justification for murder. A term has emerged — murder apologist. It’s tossed around as if masses of people actually support murdering a child. As if, by saying, “Oh my gosh, how could we have helped?” we’re actually saying, “Well, she had no choice.”

Every human always has the choice to do the right thing. The decision to do the right thing (e.g., not kill your child) must have a foundation of support to help prevent a parent from reaching that level of despair. Because I firmly believe many of these acts are preventable.

Murder and lack of services in the same breath?

Shannon Des Roches Rosa blogs at Squidalicious and recently shared her disgust at people who report on murder and a lack of services in the same article. (I assume articles like this one.)

“Lack of services need to be discussed separately,” she wrote. “Of course autistic people need more and better services, and so do their families. But lack of services do[es] not justify murder, and reporters need to stop writing stories that make this lazy, dangerous connection.”

The difference of opinion here is found in the words “justify murder.” I cannot speak for everyone writing on this topic, but again, I emphasize — murder is wrong. Nothing justifies murder.

When murder occurs, we absolutely must investigate the circumstances that led to the murder so we can address them if possible.

In the next paragraph, Rosa writes, “We need to be aware of signs of caregiver fatigue and exhaustion. If parents are nearing the edge, that puts their kids in danger. Please be vigilant if you know a family that is showing signs of stress.”

This is exactly what I’m talking about — it takes a village. How do we help keep parents from going over the edge? In that regard, I believe such services need to be available for all parents. I have a 5-month-old with colic and have seen the edge of sanity and insanity. I didn’t go over, but what stopped me? My moral compass, certainly and unequivocally. But also support. And sleep. A husband who gets it when I say, “Please come home now.”

Jess Wilson blogs at A Diary of a Mom about life with her daughters, one of whom has autism. “Please don’t fall into the trap of blaming the difficulties of raising a disabled child for the horrific and unthinkable decision to murder that child,” she implores. “Yes, services are desperately lacking, and the conversation is necessary, but so is a radical, fundamental change in the rhetoric around disability that encourages dehumanization and leads to apologies for murder and blaming of the victim for their caregivers despicable act because their needs were onerous.

“Filicide is not an act of love. Walking away because you think you might harm your precious child, with whose care you are entrusted, is a far more loving choice.

“We do need to talk about the lack of services. Families need help. But never, ever in the same breath as murder and certainly never as an apology or explanation for killing one’s own child in cold blood,” Wilson adds.

Murder apologist or seeker of truth?

“I think it’s more than a little odd that someone would refer to analysis and critical thinking aimed at preventing more tragedy as being a murder apologist,” Flannery writes on The Conner Chronicles. “What would motivate someone to cast parents as murder apologists, just because they want to understand what’s happening to drive people to commit unspeakable acts?”

The horrible truth is, absolutely no amount of support can prevent some despicable acts.

“If you want me to paint this [topic] with a broad brush, I would do so by saying that we need to work hard to make sure people understand our children are real people who deserve to be treated with respect and compassion,” shares Dan Niblock, who blogs at Down with Oz and whose school-age son has Down syndrome. “But that’s what we do as parents, anyway. I’m not sure that all the ‘end the R word’ campaigns in the world can fix a caretaker who is so evil he abuses children who have special needs.”