Break out the paper towels (or better yet, the hose) because you’re about to get messy. It’ll be worth it — we promise. These activities are ridiculously fun. 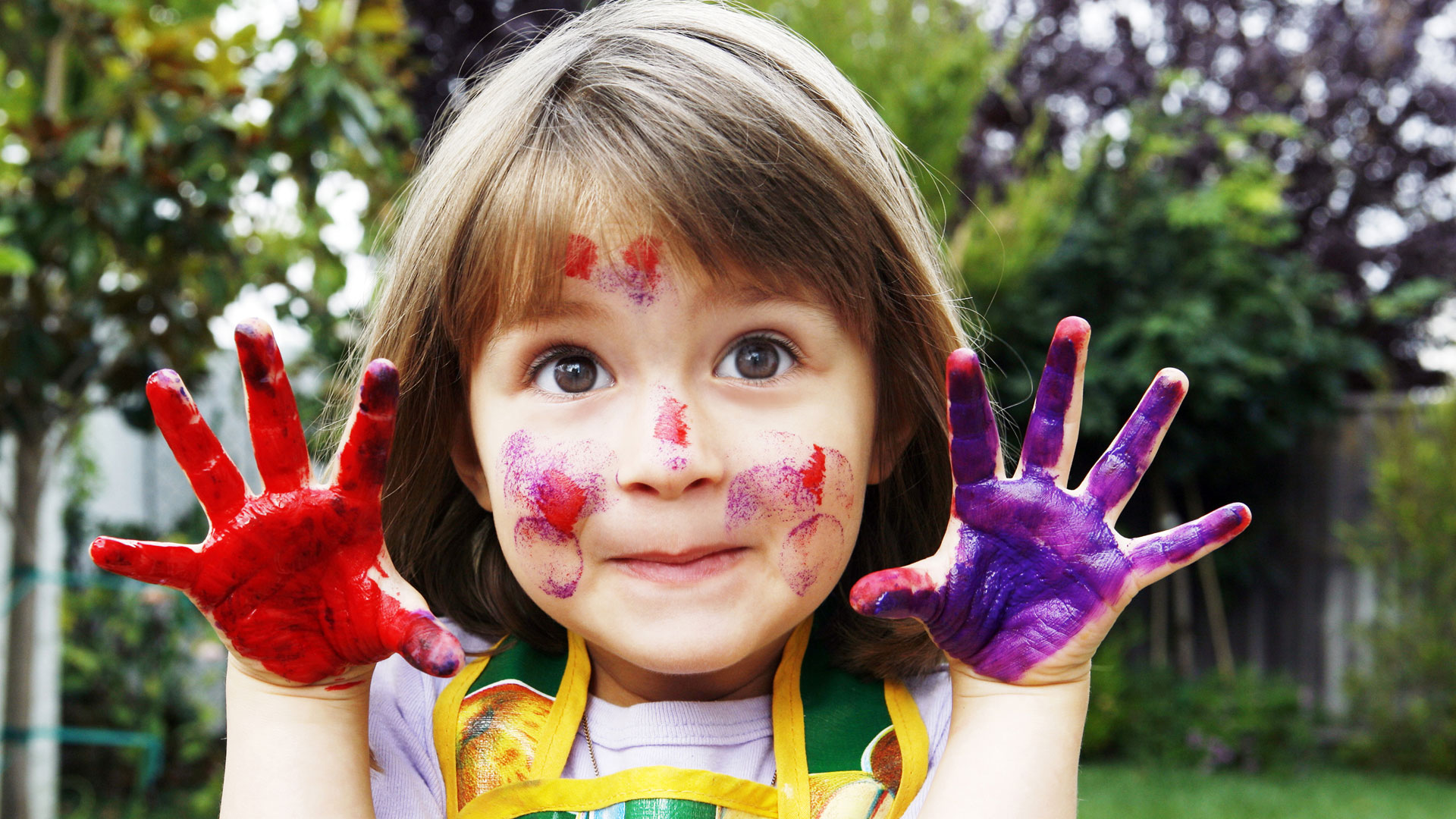 We moms tend to freak out (just a tad) when we see our kids headed for a major mess. Calm down and get over it because these activities are tons of fun. Once you see what a blast they’re having, you won’t care about the mess — at least until it’s time for cleanup.

Fill a pool with shaving cream 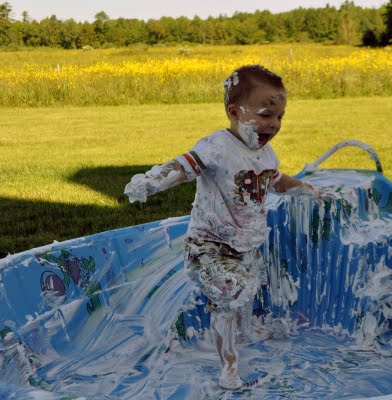 Do you have an extra couple of cans of shaving cream on your hands? If not, run out to the store and buy a few cans of the cheap stuff because this super-fun and super-messy activity from The Little Legers can’t be missed.

Play with your food 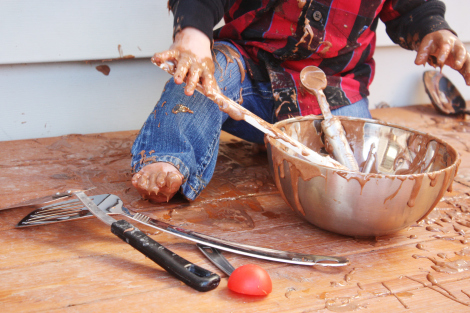 How much time do you spend telling your kids not to play with their food? Imagine how much they would freak out if you made food just for them to play with? That’s exactly what the mama over at My Little Bakers in Training did, and as you can tell, her kids had a blast.

Paint on the windows 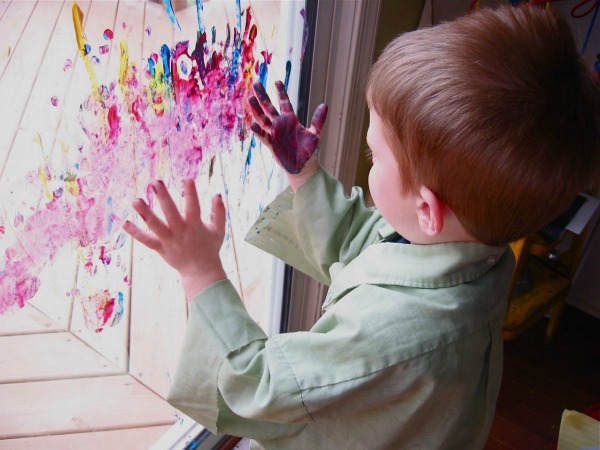 Painting on paper is so yesterday. Instead, let them paint on the windows like the blogger over at Likely Classroom did. We know, it sounds like a horrifying mess, but she promises it cleans up with soap and water.

Play in the mud 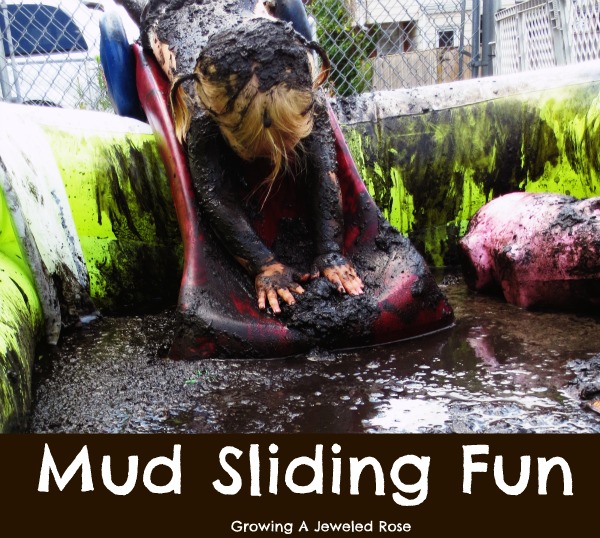 Those rainy days are such a temptation for little ones. Just this once, say “yes” instead of “no.” The blogger at Growing A Jeweled Rose took it a little further, building a mud wonderland in her backyard. Head over to her blog to see what we’re talking about.

Build a volcano… in the bathtub 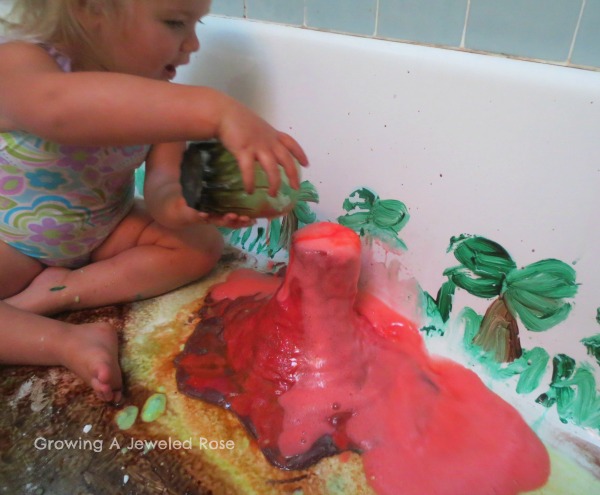 We’ve all built those exploding volcanoes a time or two, so we know from experience they’re a giant mess. The blogger at Growing A Jeweled Rose doesn’t do anything halfway, though. She built a volcano, complete with painted scenery, in her bathtub. And then she let her daughter get in there, too. How fun is that? At least the cleanup for this one had to be a little easier, considering it was contained in the tub. 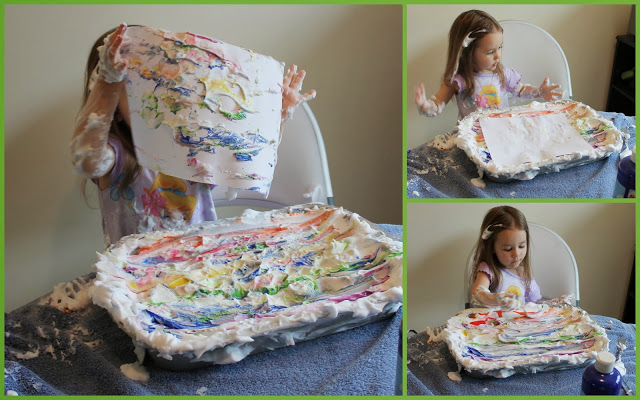 Shaving cream is good for a lot of messy projects, and Thrift Nifty Mommy used it for some arts and crafts. Looks like her daughter had a great time mixing up the shaving cream and paint, as well as transferring it over to a piece of paper.

Play with toys in Jell-O 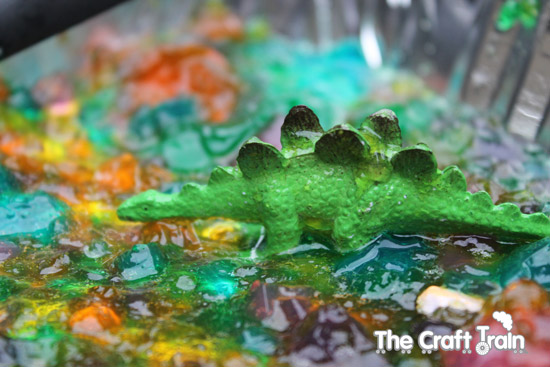 The mom over at The Craft Train really knows how to make a mess. She let her kids mix different colors of Jell-O, and then use the mess as a setting for their toy dinosaurs. As moms, we know it’s probably a big, sticky mess, but it also looks like a really fun activity. 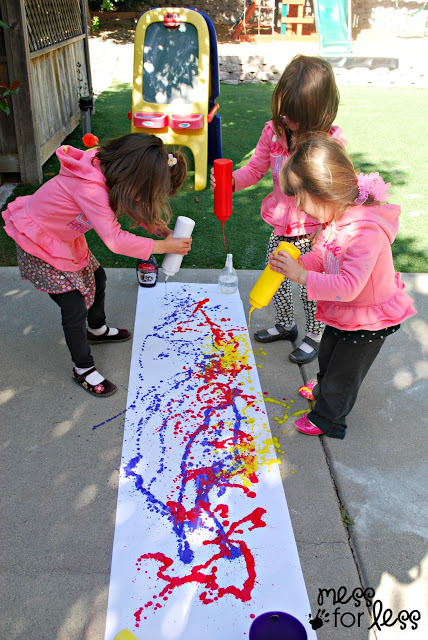 Painting with kids is messy enough, but add in squirt bottles and bad aim, and you’ve got a recipe for disaster. It sure looks like the kids from Mess for Less are having a great time, though.

Jump in a puddle 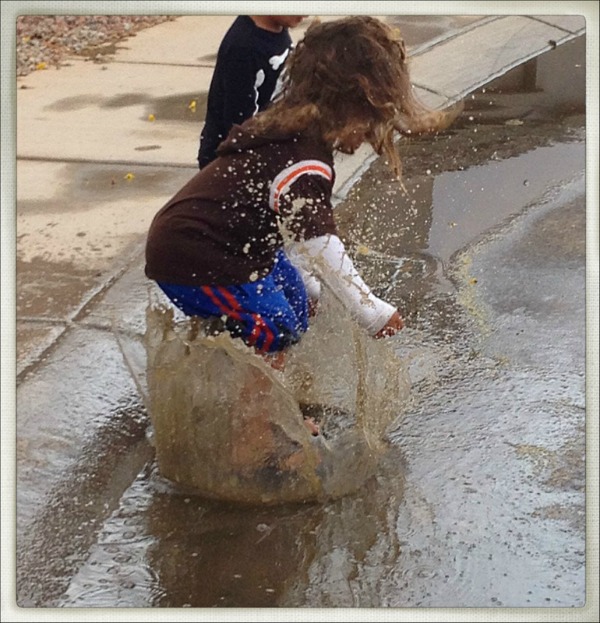 You don’t always need a big setup for your kids to have fun and get dirty. The next time you’re out on a rainy day and you see a big puddle, tell your kids to go for it. The blogger over at Fit Kids Clubhouse did, and it doesn’t look like she regrets it.

31 mins ago
by Lauren Wellbank

56 mins ago
by Sabrina Rojas Weiss

Outdoor Play Yards That You Can Bring Everywhere