Debra Messing took time from her busy schedule of filming her new pilot, The Mysteries of Laura, to chat with us about everything from raising her son Roman in the public eye to dealing with pesky allergies and even her favorite hair care products to make those famous red tresses shine. 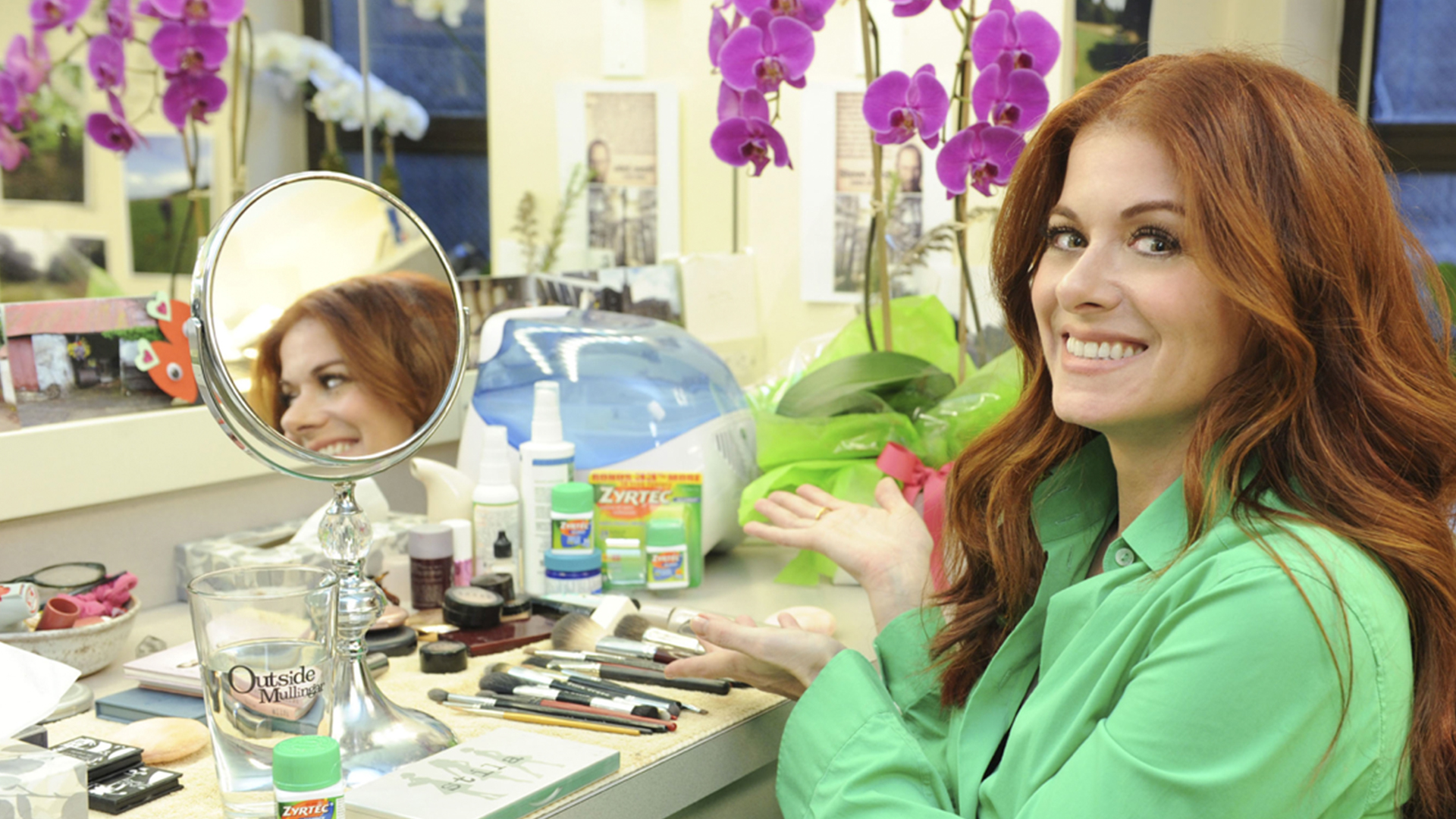 Debra Messing first won our hearts as Grace Adler in Will & Grace (I’m pretty sure I have seen every episode… twice), and she then continued with her roles in TV shows like The Starter Wife and Smash. Having won multiple awards, including an Emmy and a SAG Award, it is no surprise that Messing continues to have a full plate.

She is currently filming her new pilot, The Mysteries of Laura, and she will be headed to Broadway this fall to star in Outside Mullinger, all while she raises her son, 10-year-old Roman, in New York City.

Messing is like many busy working moms — trying to balance a career with parenthood. The 45-year-old actress and her ex-husband, writer Daniel Zelman, divorced in 2012 after a 10 year marriage — however, they are happily co-parenting their son Roman.

After her divorce, Messing made the big move to New York from California to star in the show Smash — and the Brooklyn native said she does miss a few things about the west coast. “The thing I miss most about living on the west coast is the constant warm weather. It’s just easier to raise a child when you’re not contending with sleet, snow and rain,” she says.

Regardless of which coast you are on, Messing says she has learned to handle raising Roman in the public eye — thanks to a few celebrity mom friends.

“I do have some friends who are celebrities and have children. I think the things that drew me to these women as friends are the things that I admire in them as mothers as well, which is that they value balance and authenticity,” Messing says. “I look to them when I need reminding that we can only do our best every day and that bringing up a respectful, kind-hearted and curious child is our most important goal.”

Like many kids, Messing says that Roman has tried acting, however he is more interested in sports right now — and she is totally fine with that.

“He did have the acting bug when he was younger. He loved doing all the plays at his school when we lived in Los Angeles. He’s become more and more interested in sports and I’m fine with that,” she reveals. “I want him to try anything and everything that interests him. In an ideal world, he would not become an actor. I would want for him a more stable, consistent work experience and constant rejection is not easy — but at the end of the day, it all comes down to him being happy. If acting becomes his passion, then I will support that.”

The actress says that her favorite way to bond with her son is to do things like read, laugh, see plays, play board games and swim. “Pretty much just spend time together,” she says.

During allergy season, Messing says one of her top ways to keep her face camera-ready is to keep allergy medicine on hand.

“Well, now that I’ve found Zyrtec, that’s the first thing I reach for in the morning to feel better when I’m suffering from allergies,” she says. “In fact, there was a time when I never thought I’d be able to perform on Broadway because the theaters are dusty and old and can set my allergies off. But now, I know when I take it, I’m covered for 24 hours, which is especially important when you work the kind of hours that something like a pilot requires. Then to look better, it’s a matter of making sure that makeup brushes are clean, keeping some saline drops handy in case my eyes get dry or irritated and using some really good concealer to cover up any redness.”

Next up — her amazing hair. It is not only the perfect color, but has shine and volume. In fact, I told her it needed its own Instagram account. Luckily for us, Messing shared the deets on her favorite hair products.

So there you have it. (You’re welcome). 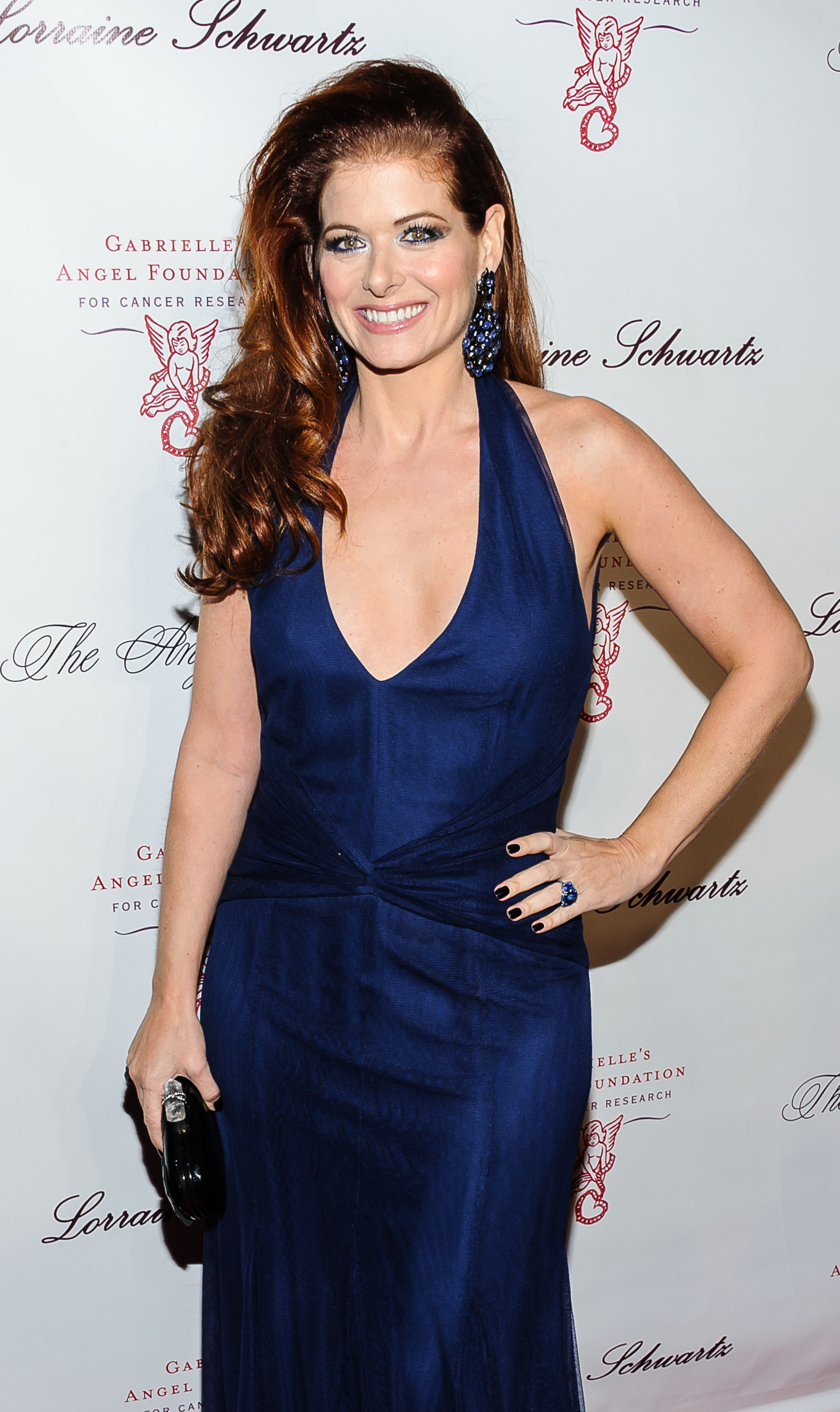 Messing has played so many great roles, including Grace Adler from Will & Grace and Julia Houston from Smash, in addition to her new pilot for NBC called The Mysteries of Laura. Which character is most like “the real Debra?”

“Probably Julia in Smash,” says Messing. “I’m dedicated to my work and passionate about Broadway and a very proud and involved mom trying to do my best to balance it all.”

Messing says she was instantly drawn to her role of homicide detective (and mother of twins) Laura in The Mysteries of Laura, which also stars Josh Lucas as her ex-husband.

“The script and the character surprised me. I loved that she was celebrated for her intellect and wit rather than her physical strength on the job,” she says. “In her attempt to get it all done, she becomes resourceful in a way that I admire and am tickled by.”

“I am constantly amazed by whatever fact they post. I look forward to it. I also love photography so it’s great having an outlet to share some of my experiences especially those associated with my work at PSI,” she says.

When asked who Messing would want to play her in a movie about her life, there seemed to be no question.