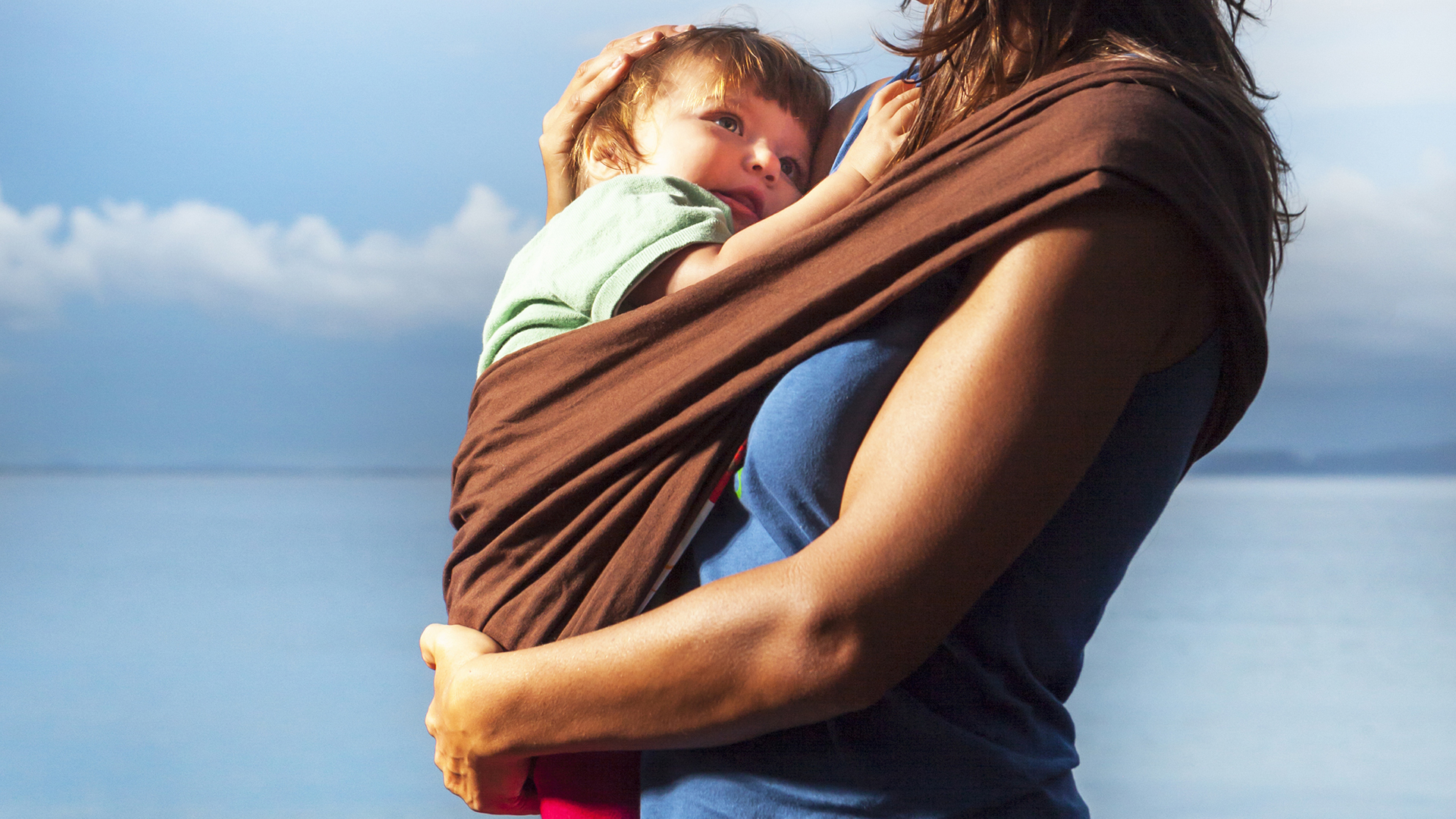 Seeing a mom wearing her baby in a wrap on the cover of a national magazine is exciting — mainstream media coverage of something that not every mom knows about is really encouraging. However, the mom on the cover of the May issue of American Baby, while she is babywearing, she’s doing it all wrong. It’s not only uncomfortable for both the mother and baby, but it’s dangerous too.

What’s wrong with this picture?

There are many different styles of baby carriers — some are simple, others have a learning curve. This particular photograph shows a mother wearing a wrap, which is a long piece of material that she wraps around herself and her baby. In this case, it looks to be a stretchy sort of a wrap, similar to a Moby Wrap (Moby Wrap, $45) or a Boba Wrap (Boba, $38). The issues that I see right away are that the wrap is not tight enough and the baby isn’t positioned high enough. Your baby should be up on your chest (or high up on your back if you’re doing a back carry), and most importantly, not dangling from you. This woman has to have an arm on the baby to keep him from plunging out, and it’s got to be a horrible strain on her back and shoulders.

Ashley is a mom of four and is an experienced babywearer, and told me that she follows the TICKS method to ensure that her baby is safe — this means the baby is:

So, while it’s encouraging to see babywearing on a magazine cover, it’s worrisome that this particular cover made it through the editorial process showing a mom wearing her baby in a wrong and potentially dangerous way. This message is spreading throughout the internet with moms everywhere posting the correct way to wear a baby with a wrap like this, but what about moms who just get the magazine in the mail and haven’t seen why this babywearing method is wrong? 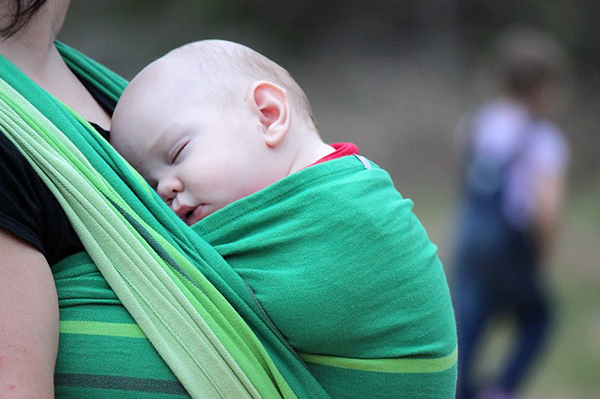 American Baby has responded in a public manner on Facebook, and better yet, they have a plan in place to rectify the misleading image in a future issue.

“Thank you for your messages about our May cover. We love that American Baby has such well-informed fans, and we regret that the infant pictured wasn’t wrapped properly. We’re studying up on the technique now and will use what we learn to plan a story on baby-wearing safety in an upcoming issue. Please keep reading — and commenting on — AB!

Sincerely,
The Editors of American Baby” 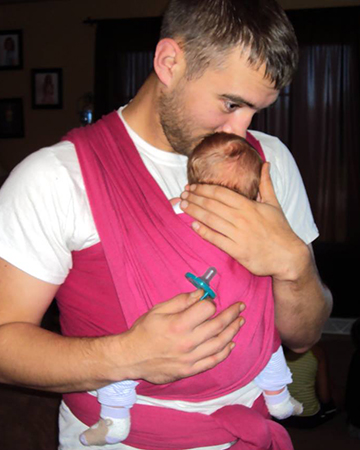 Jamie Grayson, famously known as The Baby Guy (TheBabyGuyNYC on Facebook), is the master of all things baby — baby gear in particular. He spotted this unfortunate depiction of babywearing (which is where I first saw the magazine cover) and while he noted how wrong it was, he did applaud the magazine for working to make it right. “I think the editors of American Baby have a giant opportunity to correct this bad,” he shares. “By addressing it on Facebook and owning up to the mistake, they’ve already shown initiative — which is more than I can say for some media outlets who aren’t proactive about problems.”

I definitely look forward to seeing the future article about proper babywearing techniques, and even though it was wrong on a massive scale, it’s neat that mainstream magazines are covering babywearing. Done right, it’s an amazing way to care for your baby, meeting his needs and yours as well, and allowing you to go about your day at the same time. Being close to a parent is important, and it’s nice to see that more people are recognizing that.

International Babywearing Week: Moms wearing their babies
When it’s OK to lie to your pediatrician
Helping your adopted child bond to you

It’s Okay to Grieve Kobe: How to Help Your Kids Cope With the Death of a Celeb They Love