Our nation is forever grateful for the service and sacrifice of those who have served our country in times of war. Pay tribute to our war heroes with a military baby name in their honor. 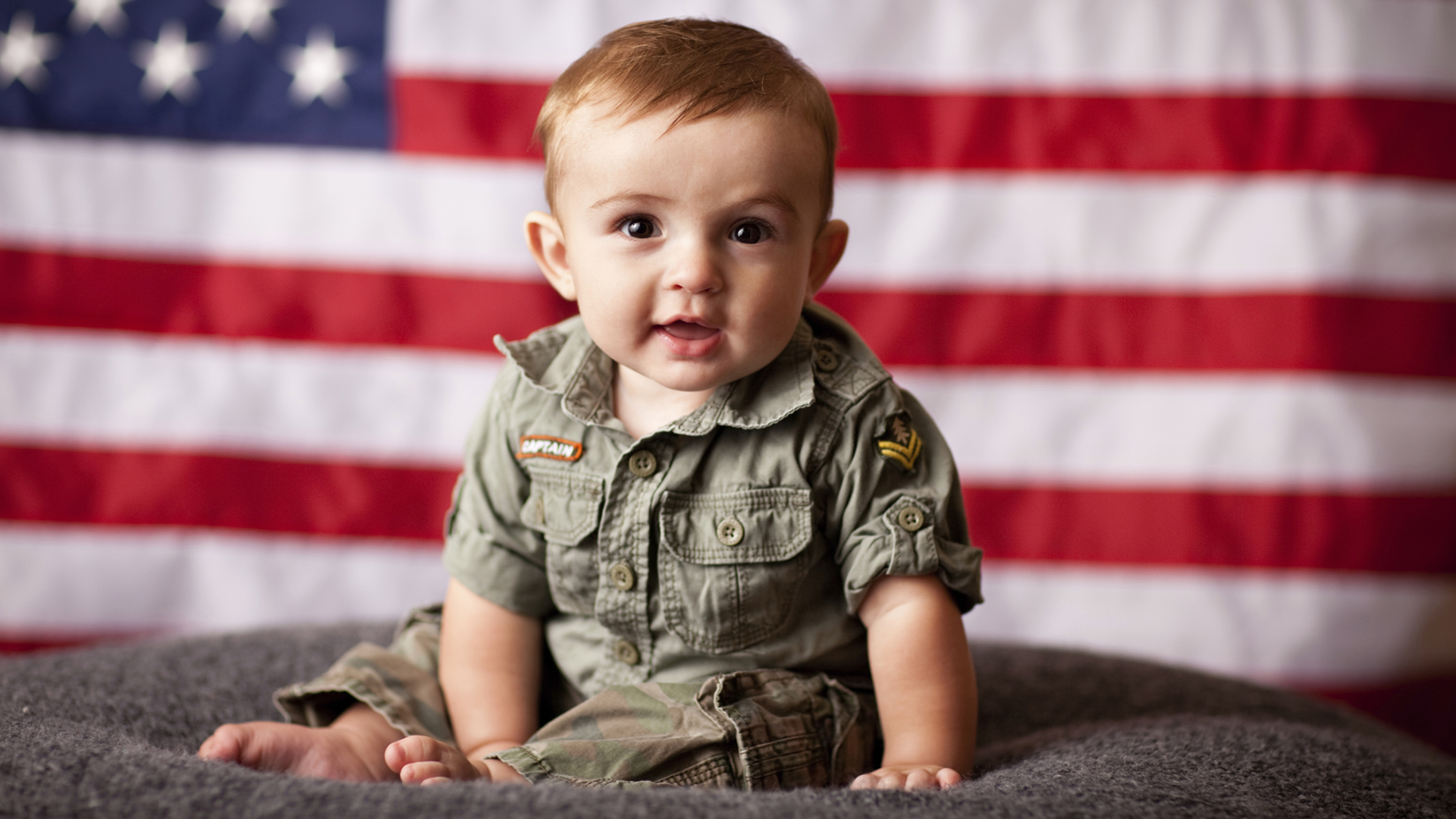 What better way to show your patriotism than by giving your son a name inspired by the heroes of the Revolutionary War?

George: Gen. George Washington was the Commander in Chief of the American and French forces. Washington also led Virginia troops during the French and Indian War.

Nathanael: Gen. Nathanael Greene was a key figure in the Siege of Boston, and he defended the South from the British. Gen. Washington trusted Greene implicitly.

The highly-controversial war resulted in heavy American casualties and tremendous monetary costs, but it also shined a light on these memorable veterans.

Philip: Capt. Philip Kearny lost an arm in the Battle of Churubusco and his life in the Civil War’s Battle of Chantilly.

Owen: Owen Thomas Edgar, the last surviving veteran of the war, died in 1929 at age 98.

The War Between the States was a bloody battle that left more than 600,000 soldiers dead.

George: Capt. George Custer, a Union Army Cavalry hero during the Civil War, was killed at age 36 in the Plains Indian War.

Robert: After serving in the Mexican-American War, Gen. Robert E. Lee commanded the Confederate forces in the Civil War.

More than 9 million of the 70 million soldiers who fought in WWI were killed.

As a result of the Holocaust and the use of nuclear weapons in combat, as many as 85 million fatalities are blamed on WWII, the deadliest conflict in human history. Both the first and last names of the war’s heroes provide plenty of baby-naming inspiration.

Audie: During WWII, Maj. Audie Murphy became the most decorated soldier in U.S. military history. The prestigious Medal of Honor was just one of his 37 medals.

Douglas: Gen. Douglas MacArthur led the Allied Forces in the South Pacific and oversaw the Japanese surrender to end the war.

Henry: Henry Arnold, commanding general of the U.S. Army Air Forces, was one of the first military pilots in the world and the only person to hold a five-star rank in two U.S. military services.

Jon: Gen. Jon “Skinny” Wainwright, a recipient of the Medal of Honor, commanded the Allied Forces in the Philippines.

Mark: Gen. Mark Clark, recipient of the Distinguished Service Cross, was best known for Operation Torch and the successful U.S. entry into Rome.

Marshall: Gen. George Marshall was the U.S. Army chief of staff and chief military adviser to President Franklin Roosevelt. The five-star general received the Nobel Peace Prize for the Marshall Plan in 1953.

Matthew: Gen. Matthew Ridgway commanded the Airborne during Operation Overlord and was instrumental in planning the Army’s airborne drops into Italy and on D-Day.

Maxwell: Gen. Maxwell Taylor commanded the 101st Airborne Division and later served as chief of staff of the U.S. Army, chairman of the Joint Chiefs of Staff and commanding general of the Eighth United States Army.

The United Nations supported South Korea in its war against communist North Korea, which was supported by China and the Soviet Union. The U.S. provided 88 percent of the international soldiers who aided South Korean forces.

Alexander: Gen. Alexander Haig served in both the Korean and Vietnam Wars. The four-star general was the recipient of the Distinguished Service Cross, the Silver Star and the Purple Heart.

Kim: Col. Young-Oak Kim was the first Asian-American to command a combat battalion for the U.S. military.

John: Capt. John McCain is a decorated pilot who was captured by the North Vietnamese and held prisoner from 1967 to 1973.

William: Gen. William Westmoreland commanded U.S. military operations in Vietnam before serving as U.S. Army chief of staff from 1968 to 1972.

Operation Desert Storm combined the coalition forces of 34 nations, led by the U.S., against Iraq in response to the invasion of Kuwait. Another war would follow just 12 years later.

Colin: Gen. Colin Powell, a professional soldier for 35 years, served in both the Vietnam and Korean Wars before serving as the chairman of the Joint Chiefs of Staff during the Gulf War.

Norman: Gen. Norman Schwarzkopf was the commander in chief of U.S. forces during Operation Desert Storm.

Should crazy baby names be against the law?
Baby names ending in X
Space travel baby names that are out of this world