Lisa Simonsen is tough. At 42, unmarried but wanting to be a mom, she went through IVF to conceive her son, Carter. Months into her pregnancy, she learned he had Down syndrome — then promptly dove into research and a new, welcoming community. April 14 was Carter’s due date, but he arrived prematurely at 23 weeks and lived only 10 days. The world he introduced to Lisa will last her lifetime. 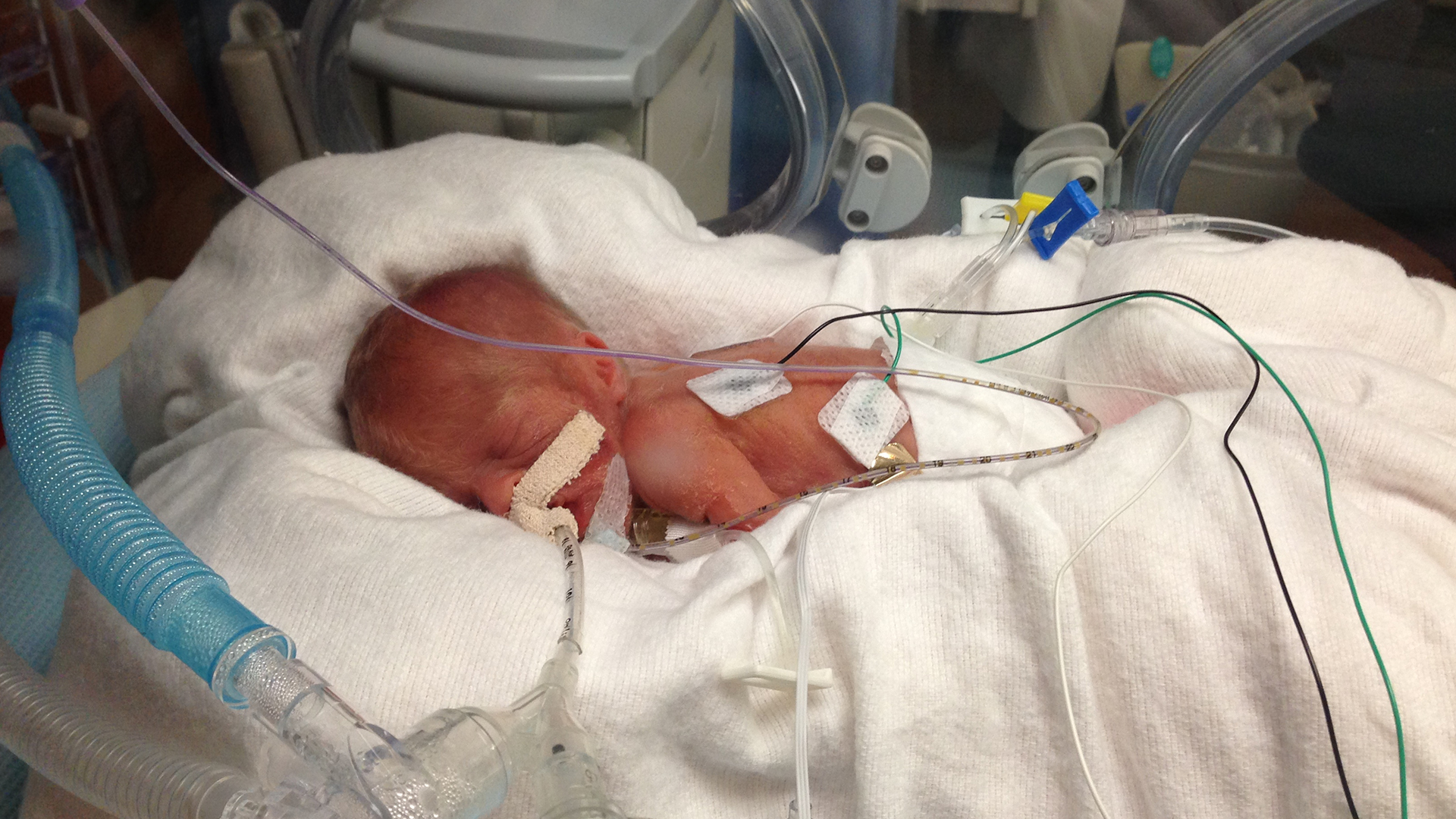 Simonsen remembers walking out of Pottery Barn Kids, where she had just bought cute sheets for her unborn son, Carter, and becoming swept up in the throngs of holiday shoppers.

But someone caught her eye.

Amid the chaos, a girl about 12 years old sat with her parents, absorbed in her phone just like most girls her age. Except this girl was different; she had Down syndrome.

Simonsen couldn’t recall seeing anyone in Charlotte, N.C., with Down syndrome. She stopped and watched the young girl and her family for just a moment. Something compelled her to take in this beautiful, so-close-to-typical family. She didn’t really understand why.

Several weeks later, she learned Carter might have Down syndrome.

“The doctor matter-of-factly told me that he saw ‘a significant issue’ just seconds after he started viewing the [ultrasound] screen of my still squirmy Carter,” Simonsen remembers.

“Before I knew it, a genetic counselor was in the room and I was told it looked like [Carter] had a heart defect and that I would need to see a pediatric cardiologist ASAP.”

Prenatal and diagnostic testing: What to know before you test >>

“Too late for an abortion”

Simonsen knew very little about Down syndrome and didn’t understand that a heart condition could indicate the genetic condition called Trisomy 21. She certainly wasn’t prepared to discuss abortion moments later.

“The doctor immediately asked me about abortion and said it was too late in our state for me to have one but I could go out of state,” Simonsen shares. North Carolina law prohibits abortions after 20 weeks’ gestation.

“I was confused,” Simonsen says. “Why was he talking about abortion? How could he be so cold? Was the heart defect not fixable? He said that he suspected Carter had Down syndrome because of the birth defects and a couple of short bone measurements.”

For Simonsen, abortion simply wasn’t an option. She had declined genetic testing earlier in her pregnancy because “I knew there was always a possibility of my child having a genetic condition,” she explains. “I felt that I would love my child regardless of any issue that might come up.”

Not one to sit idly by and wait for life to unfold, Simonsen chose to have an amniocentesis, which can provide a definitive diagnosis. “I wanted to be prepared and understand any obstacles Carter and I would be facing,” she explains.

15 hrs ago
by Emilia Mense Caby