We have rounded up photos of the coolest, craziest and most outrageous celebrity moms with tattoos. Find out the meaning behind the tattoos of Megan Fox, Angelina Jolie, Nicole Richie and more. You may also be surprised to learn that celebrities like Reese Witherspoon and Victoria Beckham have tattoos as well. Check out the entire photo gallery and share your favorite (or least favorite) celebrity ink. 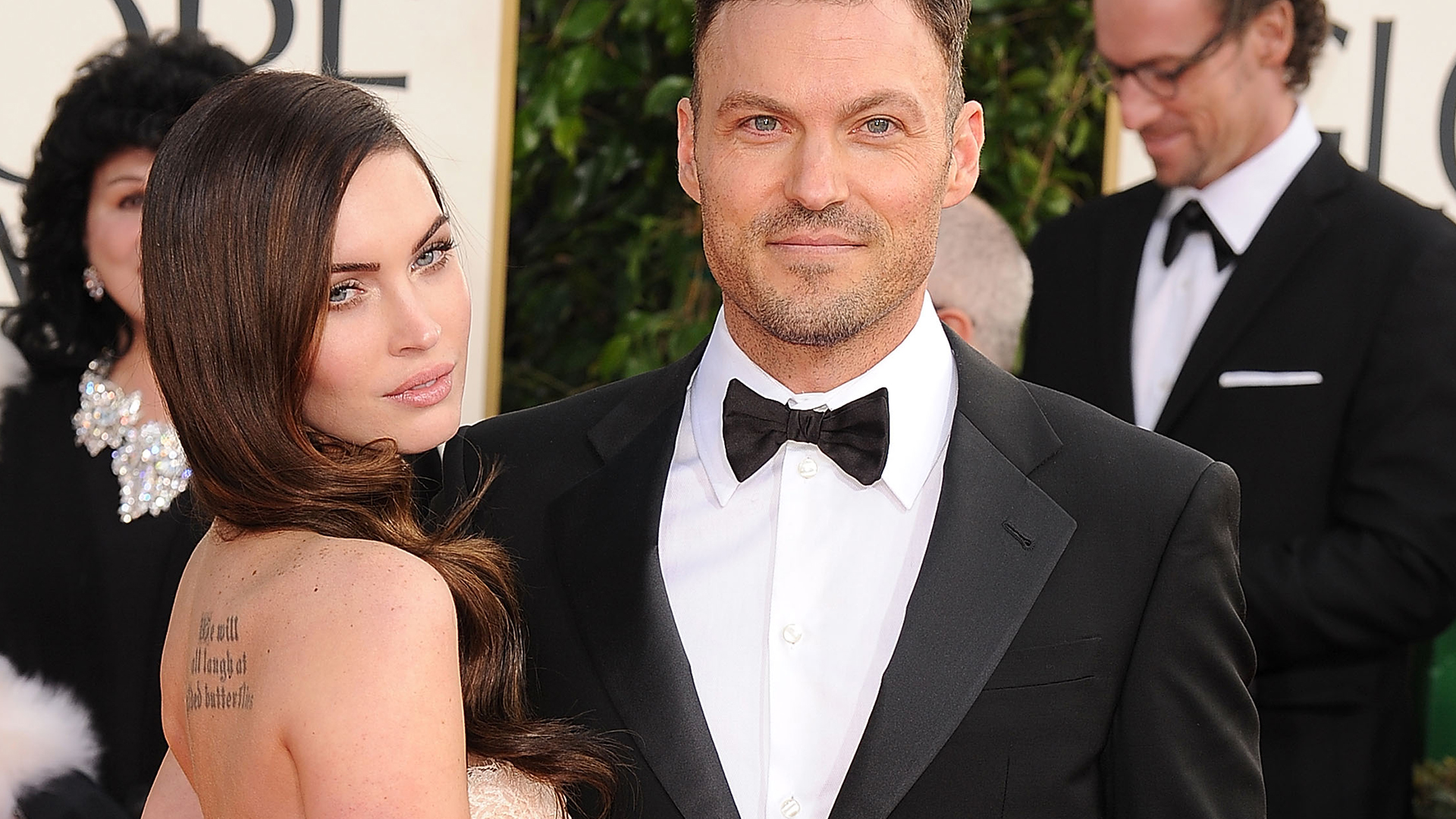 Celebrity mom Megan Fox has multiple tattoos, including this large one on her ribcage, which she shared a photo of on her Facebook page with the quote, “Every time I get a new tattoo it’s like a little f-you to anyone who told me not to.”

Fox, who has two children (Noah and Bodhi) with her husband Brian Austin Green, has eight tattoos, including this one down her left ribcage that is a poem that Fox herself wrote that says, “There once was a little girl who never knew love until a boy broke her HEART.”

In addition, she has a tattoo on her right shoulder blade of a Shakespeare quote that reads, “We will all laugh at gilded butterflies.” 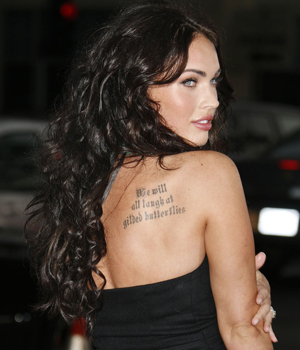 Fox also has a tattoo of Marilyn Monroe on her right forearm that she got when she was just 18 years old. The actress is currently undergoing laser surgery to have it removed, so it is much more faded now. She explained she was removing it because she felt it brought “negative energy.” 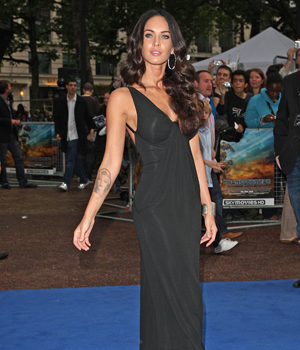 Fox also has a tattoo on her right ankle of a crescent moon and star, which she said is a tribute to a book her father used to read her as a child. 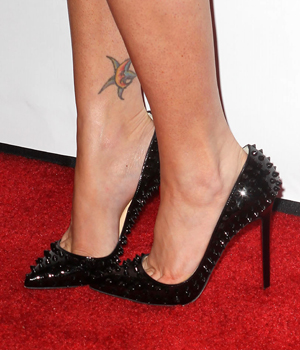 In addition, Fox has husband Brian’s name tattooed on her lower right hip area, a tribal wave tattoo on her left wrist, a Chinese symbol meaning “strength” on the back of her neck and a tattoo on her right ribcage that says, “And those who were seen dancing were thought to be insane by those who could not hear the music.” This last ribcage tattoo is a tribute to actor Mickey Rourke, with whom she worked with in 2010, and is a quote from German philosopher Friedrich Nietzsche.