When we imply that mothers don’t understand technology, we hurt not only moms but also our daughters. 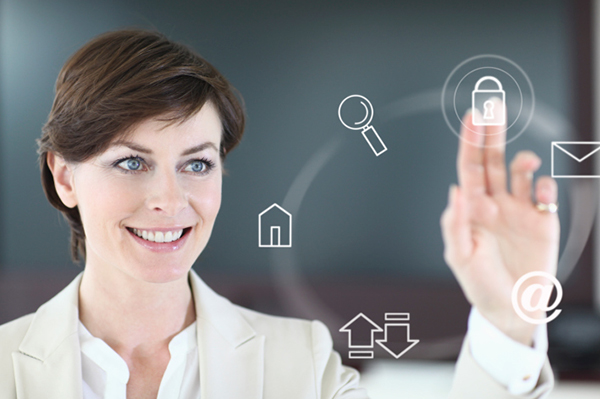 A recent New York Times infographic that took on the task of explaining bitcoin to the uninitiated used a familiar and offensive tactic. When talking to people who don’t understand the digital currency, imagine you’re educating your mom.

Mothers have long been the butt of this particular joke. Apparently, moms are all clueless idiots, wandering around the digital universe in their high-waisted jeans wondering what all the fuss is about. On The Next Web, author Drew Olanoff thanks Apple for “explaining what the ‘cloud’ is to my mom.” He writes that when it comes to technology, “if my mom can’t figure something out it’s not worth spending a lot of time checking out or using.”

While he does go on to say that his mother is pretty tech-savvy, it’s just another way to use “mom” as an insulting shorthand for “stupid.”

Moms embrace technology earlier than most

Our culture is saturated with technology, and moms tend to be early adopters. The 2013 Social Mom Report from BabyCenter shows that moms lead use of social media and technology, and that 81 percent of mothers own a laptop, as opposed to 75 percent of the general population. Other data points from that study include

Heck, my own mom was one of the first on the block to embrace the internet way back in 1995 when you had to dial in. She spent hours in chat rooms. I know this firsthand, since when my car broke down one evening I had to ask the operator to break into the telephone line for me — because my mom was online.

Baby need a new pair of shoes? Mine that bitcoin, Mama

The New York Times recently moved its Motherlode blog to the U.S. section front of its digital edition in recognition that mothers are a major consumer of online media, making it all the more disappointing that they chose to publish a graphic that was nothing short of condescending.

Perhaps if they’d done a little more research they would have stumbled across a fascinating piece on the National Journal profiling the women who are enthusiastically embracing Bitcoin. Titled “Meet the Bitcoin Mommy Bloggers,” the story profiles female bloggers who are breaking into the male-dominated world of virtual currency.

Writer Catherine Hollander profiles several mom bloggers who write passionately about bitcoin, each for their own unique reasons. Pua Pyland writes The Bitcoin Wife, and she and her husband have been bitcoin enthusiasts since 2011. They both left their jobs in 2012 to devote their time exclusively to “mining” bitcoin. Sprinkled in among parenting tips and lifestyle posts, you’ll find information like giving kids their allowance using the virtual currency and other references to the phenomenon. Her tagline is, “All things fresh and fabulous in the bitcoin world.” Elizabeth Goss is a Minnesota-based blogger who runs the website Bit Baste, where she sells recipes in exchange for the currency.

And we wonder why girls don’t love science

The pervasive attitude that women — and specifically mothers — are slow to understand technology trickles down to our kids, reinforcing the stereotype that the only engineering girls are interested in comes in the domestic form. Then we wonder why the STEM fields are dominated by men.

We can do our best at home and at school to engage our daughters in science and technology, but until the tech media (and mainstream media, for that matter) catch on, we’re fighting a losing battle. I’m not giving up, though. Next week, maybe I’ll pay my kid virtual currency for vacuuming the stairs.

More on tech and moms