What would the world look like if instead of tearing down other mothers, we supported them? Where instead of judging their choices and blasting their parenting, we offered love and support? 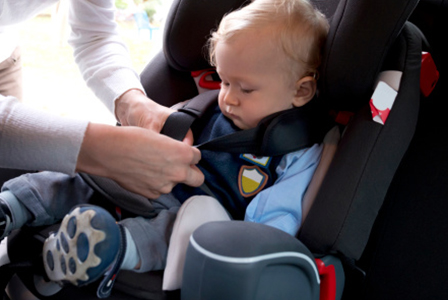 As it just so happens, we may be witnessing that world today.

Shanesha Taylor is a 35-year-old mother of two from Scottsdale, Arizona, who did the unthinkable: She locked her 2-year-old and 6-month-old sons in her SUV for over an hour, the keys still in the ignition, the vehicle not running, while the temperature clocked well over 100 degrees.

But instead of being horrified and demanding Taylor turn in her parenting license for good (oh, wait, that doesn’t exist, does it?) support and empathy for the mother is pouring in. It turns out, there’s a little more to the story than first meets the eye.

For one, Taylor, currently on food stamps and unable to afford a babysitter, left her children in the car so she could go to a job interview. For another? She and her children were homeless.

And while many would expect the choices that Taylor made to lead to public outcry, the reaction has been much different. Instead of sentiments berating the mother or ripping apart her obviously desperate choice, there has been an outpouring of support and lamentation for the fact that any mother could be forced into such a hopeless situation.

One young woman even took the support a step further — 24-year-old Amanda Bishop of New Jersey started a fund-raising page on the popular YouCaring website for the mother. At the time of this writing, the page for Taylor had raised a staggering $98,000.

“There are some of us that feel that Shanesha was in an unfortunate situation that sadly an economy like ours is putting many single mothers in a position to make terrible mistakes like this,” writes Bishop on the fundraising page. “This fund-raiser was set up in an effort to help Shanesha and her situation.”

And one look at the tears streaming down Taylor’s face in her mug shot and it’s plain to see that this truly is a mother who made a mistake. Now the question will become: does she deserve a second chance?