Instead of being hailed as a role model dad for taking paternity leave, professional baseball player Daniel Murphy got blasted for letting down his team. Because of course he did. 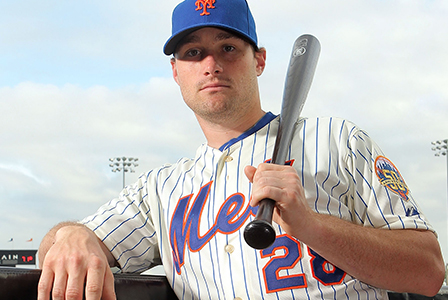 Photo credit: Marc Serota/Getty Images Sport/Getty Images
Instead of being hailed as a role model dad for taking paternity leave, professional baseball player Daniel Murphy got blasted for letting down his team. Because of course he did.

Although many men have the full legal right to take as much as 12 weeks of paternity leave (unpaid, of course), it’s considered “unmanly” to take more than a few days off. Most fathers take less than a week off, and 16 percent of men feel like they are unable to take any time off.

And nowhere is that stigma more evident than in the outright ignorance displayed in the recent remarks made by New York sports radio hosts Craig Carton and Boomer Esiason, who blasted Mets baseball player Daniel Murphy for taking paternity leave after the birth of his child.

“It’s one thing to miss a day for the birth of the child,” says radio host Carton. “But to me… assuming the birth went well, assuming your wife is fine, assuming the baby is fine, 24 hours, you stay there, baby’s good, you have a good support system for the mom and the baby, you get your a** back to your team and you play baseball.”

Ah, yes, the classic 24-hour visit with your wife and baby. Because everyone knows it’s incredibly easy to pop a kid out and be back to normal within 24 hours. (And births totally always take less than 24 hours, right?)

According to these two gentlemen, the fact that the Mets second baseman made the choice to miss not one, but two baseball games to spend some time with his wife and first child (I know, right? The horror) after the baby was born, was totally unacceptable to his fellow man. And, it gets even better.

What good is dad anyways?

“There’s nothing you can do anyway,” he goes on. “You’re not breastfeeding the kid!”

The other host, who looks uncomfortable at first, puts out a feeble defense of the player, citing his legal right to take some time off, but then says, “Quite frankly, I would have said C-section before the season starts, I need to be there.”

There are so many things wrong with what these two guys said that I almost don’t even know where to start. If you’re not the one breastfeeding, your wife should just suck it up and get on with things, right? Not like she needs any help with that, nor could you actually want to be home with your family. Oh, and while you’re at it, let’s demand your wife get major surgery and put her life at extra risk, prolonging her recovery (which, by the way, you won’t be helping with, because you’re an important man) with a C-section, all to meet your schedule. Makes sense to me!

The fact that these two men honestly think that the world of baseball — may I remind them that it’s a game?? — is more important than welcoming a new life is not even the tip of the iceberg when it comes to how their comments shed light on our beliefs as a culture about motherhood.

Instead, they are both clearly representing the belief that babies and business simply don’t mix.

We want the messy business of babies and birth and recovery to be tucked away neatly, hidden away from the “real” world of professionals. We want women to “bounce back” and display postpartum bodies that don’t show any sign of carrying another human being around for nine months. We want women to cooperate with inadequate maternity leave policies, and while we’re at it, why don’t we go back to the days of men waiting outside in the daddy room for the baby news?

The fact of the matter is that babies aren’t just a part of a woman’s world or even just a mother’s world. Babies — and the hard work that comes along with them — are a part of life, period, and all partners, businesses, corporations, Major League Baseball employees and ignorant sports-talk show hosts need to respect.

23 hrs ago
by Marshall Bright