At just 25 years old, May Wilde knew she was running out of time. After struggling through pregnancy while addicted to heroin, she fell back into habits that had plagued her nearly half her life 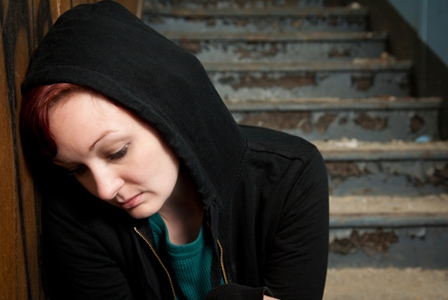 By the time her son was 6 months old, Wilde was back to her $200 a day heroin habit. Find out how she broke the chain of addiction and became a healthy part of her child’s life.

Three years into a serious intravenous heroin addiction, May Wilde learned that she was pregnant. She waited for maternal instinct to kick in, but the knowledge of the new life inside of her wasn’t enough to escape the devastating pull of addiction. Could she save her child — and herself?

“I could give a rather existential reason for why I became a heroin addict, but the simple answer is I liked doing drugs and I lacked the fear of authority,” says Wilde. By 23, she was juggling a modeling job in the adult industry, a production assistant position at her father’s real estate firm and her secret life as a junkie. She spent every morning shooting up in the bathroom, unable to function without that first hit. “Your life is a constant hustle, trying to keep your addiction hidden from the real world, while at the same time trying to get more money or more drugs,” she says.

Wilde, a rape survivor, began using drugs as an escape. Soon it became an addiction she could not escape from. She learned that she was pregnant at the end of 2010. “It didn’t matter how much I willed my maternal instinct to take over and help me to quit on my own, I couldn’t put it down,” she says. “Just because you’re now a mother doesn’t mean you’re no longer an addict.” After slipping up and using heroin early in her pregnancy, Wilde entered a support program for pregnant women with drug addictions. Along with a dozen other women, she entered the hospital once a week for a drug test, a group meeting and to get medication to help her safely detox from heroin. “Most of us in there were first-time mothers,” says Wilde. “There was definitely a sense of true support in those rooms, from the other girls to the nurses, doctors and caseworkers.”

After giving birth to a healthy baby boy, Wilde continued on medication that helped her fight the physical and psychological symptoms of heroin withdrawal. When her son was 6 months old, she suffered a relapse after trying to taper off her medication use. For nearly a year, she was back to her old intravenous heroin habit. “I once judged women who used while pregnant or with their children,” says Wilde. “But now that I have walked those miles, I am overwhelmed with compassion for those mothers. The amount of shame brought on by being an addicted mother is practically a death sentence in itself.”

Rising up from rock bottom

Wilde’s family confronted her with an ultimatum — she would enter treatment for heroin addiction, or she would lose her son. Not only was her habit putting her son at risk, it was putting her husband’s newfound sobriety at risk. “I knew in my heart that this was truly my last chance to get clean,” she says. She spent the next month hospitalized through the initial detox phase, before being transferred to a women’s residential facility about three hours from her home. “My parents and husband would bring my son down or take me home almost every weekend of my entire 100-day stay,” says Wilde. Despite the difficulty of being away from her family, Wilde found relief and peace and began to practice meditation. She experienced a sense of soul-deep healing. “It gave me the honest ability to look inward to start to heal the root of my addiction.”

Discover 8 signs your husband is an addict >>

Recovering one day at a time

Wilde now lives with her son and husband. She’s been clean for almost a year and a half. She and her husband both work full time. To support those who are still suffering, Wilde writes about her experiences and speaks at the hospital where she received treatment while pregnant. “I am so thankful that I was able to start my journey of soul recovery while my son was still very young,” says Wilde. “I try to be an example for him, showing him that we have the power to make healthy choices and be a contributing member of the community. He isn’t going to ever remember his mother or father as addicts, or see the pain I’ve gone through. He gets to see his mother as a whole being.”

More on addiction and recovery

Running from your family’s past
Could your child’s lack of sleep lead to drug addiction?
Volunteering decreases substance abuse in teens