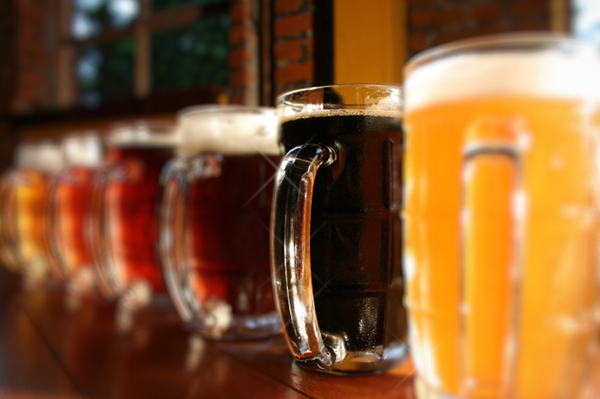 You know you shouldn’t drink and drive, but should you drink and nurse your baby? A waitress in Arkansas thought that Tasha Adams, who was sitting in a restaurant drinking a beer and nursing her 6-month-old baby, was breaking the law — and the police agreed and carted her off to jail. The charges have since been dropped, and the waitress who called the police has been fired. However, the controversy rages on.

You shouldn’t drink alcohol while you’re pregnant, but consumption while breastfeeding is a different story. A couple of months ago, I spoke with Dr. Thomas Hale who is an expert on medication and other substances and how it crosses into breast milk, and he agrees that in small amounts, alcohol is fine.

He’s not alone. “There should be no concern over a mother consuming a few alcoholic drinks while breastfeeding,” shares Rachelle, the owner of the breastfeeding advocacy page, Unlatched. “The general rule of thumb is, ‘Sober enough to drive means you are sober enough to breastfeed.’ There is more concern over alcohol’s effects on a mother’s ability to safely parent than there is over the small percentage of alcohol that enters her breast milk.”

A Canadian mom of two not only feels the same way, but has practiced it too. “I’ve sat in a pub on St. Patrick’s Day with four other mothers and we nursed our babies while enjoying a green beer,” she remembers. Another mom agrees with her. “I’ve totally had a drink while nursing, before nursing, after nursing my babe,” she tells us. “Not a big deal based on the ability to think critically, analyze and understand science and then evaluate all the pro/cons based on my personal situation.”

There is a concern if you drink to excess of course, and you also have to weigh other factors, like how old your baby is (usually older babies nurse less). The waitress in the Adams case assumed that she had been drinking several drinks and then nursed her little one, but the prosecutor realized that there wasn’t enough evidence and dropped the charges.

Bottom line? A drink or two should be fine. If you’re going to dedicate a year or more to nursing your little one, enjoying a beer shouldn’t be prohibited.