Kids go through some pretty embarrassing phases. Look on the bright side. The habits that seem horrifying now will be hilarious in a few years.

Related story 5 Reasons the Mighty Express Christmas Special Is the Greatest, According to a 4-Year-Old 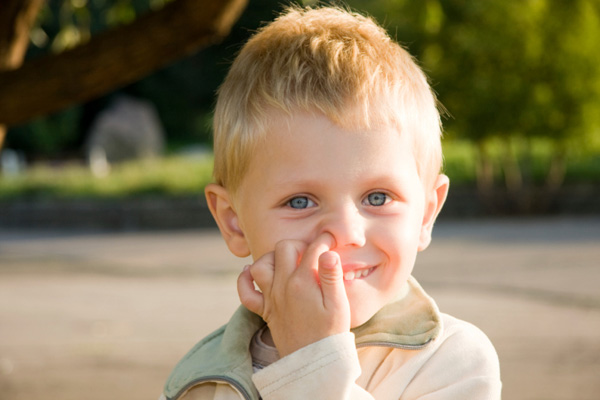 Yes, the booby-honking phase is real. And it isn’t always limited to Mom’s boobs. If you have a honker, warn Grandma and alert your friends. Those booby-grabbing hands can strike at any time. This is one habit you’ll want to “nip” in the bud by explaining the importance of respecting other people’s bodies, no matter how irresistible they may be.

If your child adopts the habit of grabbing her crotch with gusto, you are not alone. As long as it’s not pain or itchiness causing the hand-to-groin attraction, you have nothing to worry about. Crotch-grabbing is typically a short-lived phase and should soon pass. And if it doesn’t, well, maybe your kid is going to be the next Michael Jackson!

Apparently the allure of a poo-filled diaper is too hard to resist for some toddlers. Yes, kid, you made that doodie. It’s warm and smooshy and fun to smear on the walls. It also smells disgusting, and Mommy doesn’t want to spend her afternoon scrubbing poop. How about we get you some clay to play with instead?

Your garden-variety nose picking isn’t so bad. Even adults sneak a pick and flick every now and then. It’s the examining and eating of the prize pick that turns our stomachs. However, when it comes to bad habits, you have to “pick” your battles, and this isn’t one of them. Kids usually outgrow the habit on their own (or when their peers tease them enough to make them stop).

The naked phase is one of the most embarrassing but also the most common. There’s nothing wrong with a little pre-bath “nakie dance,” but when the strip tease migrates to playgroups or preschool, it can become a bit of a concern. Try not to give a big reaction (easier said than done — seriously, how badly do you want to giggle and pinch that cute little tush?) or your little streaker will strip down even more often just to get attention.

The pee-pee in public phase

Most kids are going to take a whiz outside at some point in their young lives. Just hope it’s in your own backyard and not at a friend’s house or in the parking lot of the Piggly Wiggly. Some parents are OK with the kids jumping out of the pool and peeing in the rocks. Just be aware that other parents may not share your free spirit, so teach the little guy not to drop trou at the end-of-the-year pool party.

Nobody can rock the princess/superhero look like a sassy 5-year-old. Getting dressed when you’re a preschooler is F-U-N. But what if your child insists on wearing their unusual getups out of the house? We say go for it. Let your little people assert their independence, despite the odd looks you may get from strangers.

Toddler tantrums getting you down? Boredom or hunger may be the cause. Keep your bag stocked with small crafts or toys and plenty of low-sugar, high-protein snacks to avoid a meltdown in the making.

9 hrs ago
by Sarah Showfety