If you’re a single mom in Virginia, you may be legally turned away by a genetic counselor — and you can’t sue for discrimination. Yes, it’s still 2014. What gives? 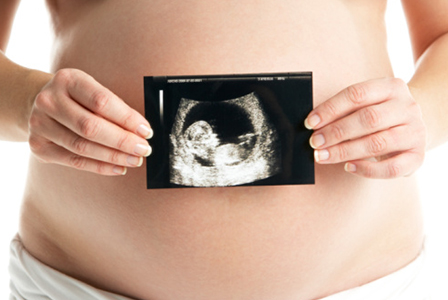 Virginia has snuck in legislation that allows genetic counselors to refuse service to those who are in conflict with their religious beliefs — such as unwed moms. Also, test results can be withheld if a medical professional suspects the pregnant woman will seek abortion based on the results. And guess what? It passed. It’s now a law.

Both Kansas and Arizona have recently been in the national spotlight, and not in a positive way. In both states, legislation was passed which allowed businesses to refuse to serve people based on their religious preferences — essentially, they would have been able to discriminate against the LGBT population, or anyone else who didn’t live their lives according to their religion.

Fortunately, in both cases, the governors in those states vetoed the bill, but Virginia has managed to get a new law that legalizes discrimination signed by their democratic governor, Terry McAuliffe.

Now, if you’re a single mom or a member of the LGBT community in Virginia (or of any other population that can be objected to on religious grounds), then they can say, “No thanks,” and point you in a different direction. And just as scary, if they suspect you might choose to end a pregnancy based on test results, they can keep that information from you (although they are not allowed to lie if directly asked). How is this OK?

While the nation was focused on Kansas and Arizona and the sweeping laws they tried to pass, Virginia legislators sponsored two bills that saw little debate and quietly became law. Where was the outcry over this? How could something that goes against human decency be passed with so little debate?

Genetic counselors are medical professionals who guide hopeful parents through pregnancy planning, helping them determine the chances of genetic disorders and ordering prenatal tests to check for fetal abnormalities. As medical professionals, they have a position in our community to uphold their training and use it to help people — and they should not be allowed to pick and choose not only who they help, but what information they share.

To add to your mind-boggle, the law also shields genetic counselors from discrimination lawsuits, even in cases where physical harm results from their actions.

So, if your prenatal test results indicate your fetus has a fatal abnormality, the genetic counselor can elect to not share that information to let you make the choice yourself. It can just be a big surprise on delivery day. Doesn’t that sound grand? And if you’re a single woman or in a lesbian relationship, this medical professional can decide to not work with you at all. A transgendered man? Same deal.

This law’s passage indicates that instead of going forward as a nation and treating everyone as an equal adult, we are sliding backwards. Although the bills in Kansas and Arizona lost steam, that doesn’t mean that similar bills aren’t waiting to be introduced there, or in other states. The last time I looked, the U.S. was not a theocracy. Those who serve the public should not be allowed to use their religion to decide who they will deal with or what information they choose to share — end of story.