Parenting these days takes more than just the basics. Many parents are taking boy vs. girl distinctions and turning them upside down — and trying to raise their children gender-neutral. 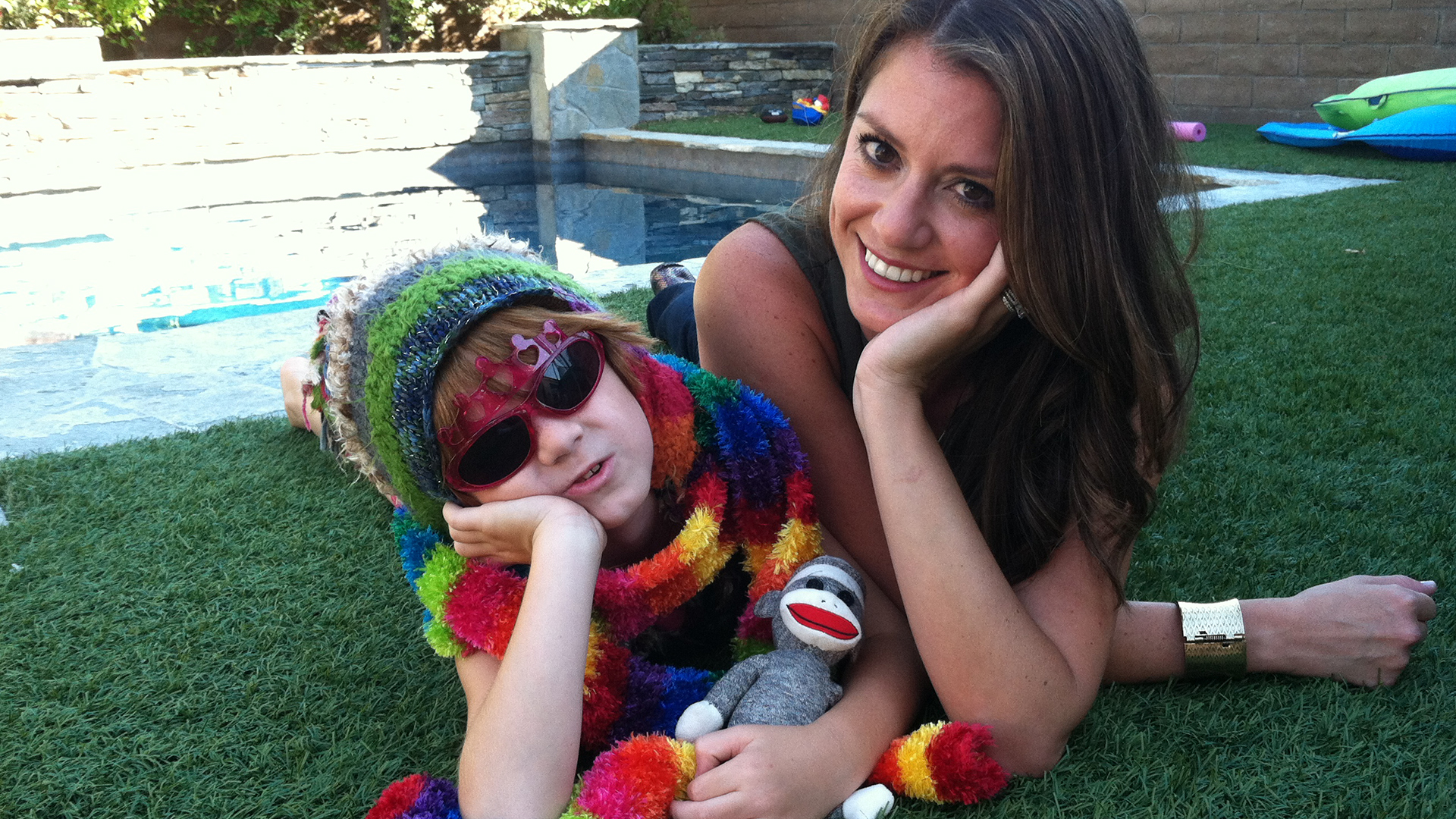 Boys love trucks and trains, right? And what little girl wouldn’t love to spend an afternoon dressing up as a princess and playing with dolls? These are the stereotypical boy vs. girl distinctions that persist, even in a modern society that places a value on equality. But aside from the whole “everyone is equal” debate, is it even possible to raise children in a gender-neutral manner?

How much of gender differences come from genetics, and how much come from how we raise our kids? From the moment of birth, our actions and words impart certain expectations and assumptions about our baby girl or boy. He’s strong, smart and energetic while she is dainty, soft and cuddly. Unraveling the mysteries of gender differences has fascinated scientists for years — and there is much we still don’t understand about how gender affects our choices. Do you buy the trucks for your son because you think that’s what he should play with, or because that’s what he truly loves?

Kelley J. Wolfe, Ph.D., shares her thoughts on gender and kids. “As a parent and clinical sexologist, I think we should make all kinds of toys available to children and allow them to discover their own gender preferences and gender expression,” she says. “Gender is an important part of our identity and children should be encouraged to express gender in the way that enhances their self-esteem and identity.”

Nancy Zwiers is CEO of Funosophy, Inc., a leading brand-building consulting and invention firm in the youth entertainment and toy industries. With over 20 years in the kids, toy and entertainment space, Zwiers is broadly acknowledged as one of the world’s leading experts on girls. “Play is an inner biological drive that transcends time and culture,” Zwiers says. “Beginning at about 2-1/2 to 3 years, boys and girls diverge in their play and begin playing out inner empowerment fantasies that are very gender-stereotypical. Most boys focus on physical empowerment fantasies of strength, size, speed, and skill and aspire to be characters that exhibit hyper-masculine traits — think superheroes,” she says. “Most girls play out empowerment fantasies involving emotional connection or cultivating beauty. Most girls aspire to be characters who are hyper-feminine — think princesses or Barbie,” she adds. Obviously there will also be kids who gravitate towards “typical” play of the opposite sex, especially if they have an opposite-sex sibling at home.

As kids get a bit older, their play tends to take on a different look. “Between the ages of 3 and 7 — when imaginative play reigns — gender differences are at their greatest,” shares Zwiers. “After age 7, both genders become more moderate. Children need to understand and categorize the world in black and white, before they develop the brain connections that allow them to develop a more nuanced understanding. Concrete categories like ‘boy’ and ‘girl’ help them make sense of the world at this age,” she adds.

Just let them be

So what about little boys who gravitate towards stuffed animals for pretend play? Or the little girl who can’t get enough of Thomas the Tank Engine? “Where we get into trouble as a society is when we try to force certain gender stereotypes onto children or teach them narrow gender roles,” says Wolfe. A perfect example of this is the recent incident in the news about a young boy who was told he couldn’t carry his My Little Pony backpack to school, as it set him up for being bullied.

Zwiers feels that we as adults may have good intentions, but we aren’t letting kids figure out play and gender on their own. “Well-meaning adults often attempt to shape children’s play behavior in line with their adult values and this is a problem,” she says. “I am a strong advocate for honoring the way children naturally want to play, whether it is gender stereotypical or gender atypical. Instead of trying to shape children’s play, we adults should focus our efforts on achieving gender equality in our culture — schools, media, and the workplace,” she adds.

What works for this family 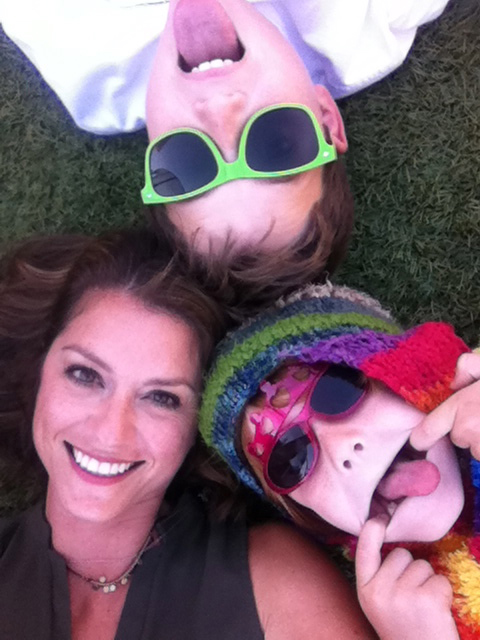 Lori Duron, blogger and author of the book Raising My Rainbow, shares about her son, and the choices her family has made to create a nurturing environment for him. “C.J. discovered a Barbie at age 2-1/2 and, since then, has only wanted to play with toys marketed to girls,” she shares. “Shortly after his third birthday, he started dressing like a girl around the house.”

While she and her husband never fought against his feminine gender expression, Duron remembers that at times it did make them uncomfortable — and that they may not have been as supportive as they should have been. “When he was 3 we realized that we weren’t parenting fairly. We supported and celebrated his brother’s passions and likes because his brother has always liked ‘boy things.’ We weren’t supporting and celebrating C.J.’s passions and likes in the same way and that wasn’t fair, nor was it the way we wanted to parent,” she remembers. “We also realized that we were worried about what other people would think or say if they saw our son wearing a skirt or playing with a doll. We didn’t want to parent that way, worrying more about what other people thought than how our son felt,” Duron adds. “Our job was to make our son comfortable, not strangers.”

It’s about freedom of gender expression

We asked Duron what successful strategies they use for avoiding gender labels at home. “Nothing is ‘for girls’ or ‘for boys.’ That’s such a shock to some people, but to us it’s so simple and logical now,” she says. “Colors are light’s reflection in the eye, toys are pieces of plastic and clothes just fabric. In our house, light, plastic and fabric are for everyone.” She feels that this strategy has opened up the world to both of her boys because they no longer have to choose the toys and games that should appeal to boys only — and have twice as many options.

With parenting choices come challenges, and we asked Duron what challenges she and her husband have faced. “One big challenge is having to deal with people who have closed minds and closed hearts, who feel like it’s OK to be rude to our son, our family, because of his gender expression,” she shares. “Another challenge is working with his school and district to inform them about and help them abide by our state’s safe schools laws and the Department of Education’s Title IX that protect both of our sons because of C.J.’s gender identity and expression,” she adds.

Shouldn’t our kids just be happy?

Katie Hurley, LCSW, feels that the debate shouldn’t be so much about gender, but more about inner peace. “Parents have been bombarded with information about raising gender-neutral kids in the past few years,” she says. “Yes, toys have evolved over time and some changes are better than others. But the truth is that with all this debating and dissecting to get to the bottom of the great mystery of how to raise gender-neutral kids, we’re forgetting two very important things — how to raise kind and happy kids. If we want to raise individuals, we have to stop telling them what to play and who to be,” she adds. “You might not like princesses, but does that mean that your 3-year-old daughter can’t explore them in her imagination? Raise the kids you have and place a high value on kindness and happiness. The rest will fall into place.”

More on nurturing your kids