Give your baby a famous name in honor of one of these 2014 Academy Award winners. 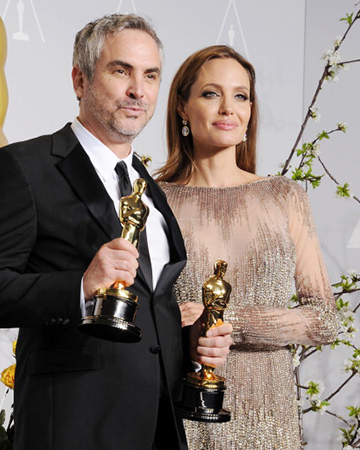 Maybe you should consider choosing a famous name for your baby in honor of one of these 2014 winners from the 86th Academy Awards.

Best Visual Effects: No one was surprised that the $100 million film earned this award for Tim Webber, Chris Lawrence, Dave Shirk and Neil Corbould.

Best Makeup and Hairstyling: Kudos to Adruitha Lee and Robin Mathews who snagged this award with a meager $250 budget.

The year’s top film is based on the 1853 memoir and slave narrative by Solomon Northup, a free African-American man who was kidnapped and sold into slavery for 12 years. Northup is poignantly portrayed by actor Chiwetel Ejiofor.

Best Supporting Actress: Talented newcomer Lupita Nyong’o impressed on the red carpet as well as in the film.

This adorable Disney animated film is loosely based on The Snow Queen by Hans Christian Andersen. Princess Anna (featuring the voice of Kristen Bell) sets off on a journey with mountain man Kristoff (Jonathan Groff), Sven (his pet reindeer) and a comical snowman named Olaf (Josh Gad) to convince Elsa the Snow Queen to release them from the grip of an eternal winter.

Woody Allen wrote and directed this comedy-drama about Jasmine, a rich Manhattan socialite who finds herself alone, impoverished and homeless.

Joaquin Phoenix, Amy Adams, Rooney Mara and Olivia Wilde star in this film about a man who enters a relationship with an intelligent computer operating system (voiced by Scarlett Johansson). The film was nominated for five Academy Awards.

Best Original Screenplay: While John Ridley and Steve McQueen were fighting over the screenplay credit for 12 Years a Slave, Spike Jonze sneaked in to steal the prize for his screenwriting debut.

3 hrs ago
by Bonnie Gibbs Vengrow

6 hrs ago
by Eugenia Miranda Richman

14 hrs ago
by Angela Johnson