Marijuana is gaining legal ground in many states, both as a medical treatment as well as for recreational use in a few areas. If you partake, though, are you putting your kids in harm’s way? 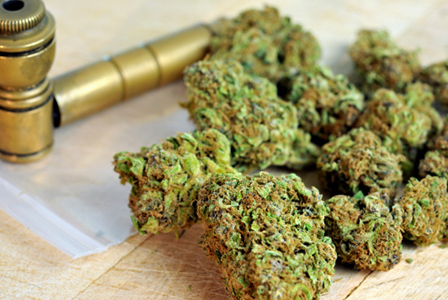 Marijuana use, while it appears to be gaining a legal foothold in the U.S., remains a highly-stigmatized drug. It remains illegal according to federal law. However, certain states are allowing for its use if prescribed by a physician, and two states — Colorado and Washington — allow its purchase for recreational use. But will the sight of a mom using a vaporizer or smoking a joint ever be as accepted as a mom with a glass of wine? Or does marijuana use paint the wrong image?

Cannabis use is not only beneficial in certain medical cases, but these moms find that there are benefits for the casual user as well. Now, keep in mind that not everyone reacts the same way when they use a substance, and that what may be relaxing for some may be frightening for others. But some moms report that unwinding with cannabis is ideal for their situation.

“Smoking helps me focus, it helps curb the anxiety, and it helps me deal with the mundane chores that I have to do on a daily basis without beating my head against a wall,” explains a mom of two. “As far as a better parent, I don’t know. I think in a way, yes, because when I’m not as anxious I can relax and have fun with my kids more.”

Another mom has similar feelings. “I don’t use often, or to the point where I can’t do anything — just a little bit helps keep me grounded, I think,” she explains. “It sharpens my senses and I feel better mentally the day after.”

However, there are legal challenges to using cannabis, as you are probably aware. The laws are currently against recreational use in 48 states and the threat of punishment holds sway over many to not use it in the first place. Children have been taken away from families where illegal drugs have been found, and that’s not a risk to take lightly. “I do worry about getting busted, but I know that I have no criminal history, I don’t flaunt my use and I don’t buy a ton at a time — so I could only get charged with the minimum,” explains the mom of two quoted above. “I also think that within a few years it will be legalized, and that people are becoming a lot more educated about it.”

In the meantime, moms keep their usage in the closet, because not doing so means that they are putting themselves and their families at risk. Even mothers in states where cannabis purchase and use is legal are hesitant to admit to using it due to the massive stigma the drug carries.

But are moms who use cannabis bad parents or putting their kids in harm’s way? The moms we talked to felt that just like with alcohol, cannabis use in moderation — when you’re not driving and when you have a sober adult with you (and you’re not exposing them to secondhand smoke) — is no more dangerous than drinking a glass of wine. “In fact,” says Sheila, mom of three, “I feel more confident in my decision to use marijuana than I would drinking alcohol.”

Marijuana carries with it an amazing black cloud that may or may not go away, even if it’s eventually legalized, and that complicates the judgment of many when considering if a parent using it is detrimental to children. Public perception may be shifting, though, as more research is done and more parents open up on whether they use or not. What do you think?

Using marijuana during pregnancy
“Pot for tots” controversy: Should some kids get medicinal marijuana?
Fifth-grader suspended for pointing a finger gun