Jess Wilson didn’t plan to become a beacon of hope for other parents of a child with autism. But her unfiltered blog, Diary of a Mom, has nurtured a community where support for each other is as important as embracing the nuances of life with autism. In Wilson’s words, “Like = I get it.” 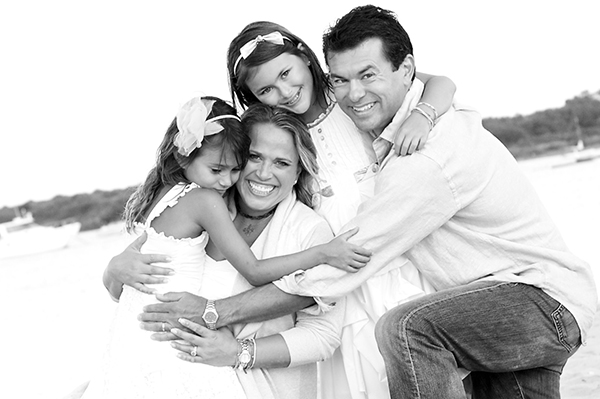 Today, I have a husband, three children and a life-changing interest in chromosomes, intellectual disabilities and autism spectrum disorders. It’s life changing because every day I tap into these worlds, whether through other parents, other children or online. Lots of online, because that world lets me peruse, stalk and occasionally, share my inner thoughts with an outside voice.

That’s how I “met” Jess Wilson, who blogs at A Diary of a Mom and has a Facebook following exceeding 50,000 likes. She has two daughters, whose names for public purposes are Brooke and Katie. Brooke is autistic (a term Jess prefers, with an explanation that helped me understand why some people take issue with people-first language). Her husband’s stage name is Luau, which instantly makes him cool, in my opinion.

Wilson writes with raw observation and self-deprecation. “I think what sets me apart [from other writers] is my eagerness to laugh at myself,” Wilson shares. “I’m absurd. I act like an ass and I find it funny. That, and the fact that I like learning with my readers, even if it means saying… ‘You’re right, and I apologize for presenting it that way. I really appreciate you showing it to me from a different perspective.’ I do that a lot.”

She also has a way of gingerly reminding readers and Facebook participants to be respectful. To consider others’ ideas, opinions and life challenges. Her writing doesn’t seek to fire people up in a controversial way but rather to educate through glimpses into real life with an autistic child.

In her words, “I write a blog about my journey as a mom, with a heavy focus on autism, respect and human dignity.”

Tossed into rocky seas with their daughter’s autism diagnosis, Wilson says her and her husband’s approaches varied a ton but ultimately delivered them to the same place of action and hope. “I’m a speedboat,” Wilson explains. “Once I make a decision, I make a hard turn and speed toward the new destination. [Luau] is an ocean liner. It takes him far longer to change direction. Once he does, however, it’s full steam ahead. It’s the perfect metaphor for our separate paths to acceptance of the diagnosis.”

Wilson acknowledges her foray into advocacy began when she started her blog in 2008. But she looks at her advocacy from several perspectives — public speaking, community involvement and perseverance.

What do you wish more people understood about autism?

Diary of a Mom:

“I guest-lectured in college courses from an early education class at a local teaching college to a neuroscience course at MIT. I spoke at Harvard’s Graduate School of Education, participated in interdepartmental meetings at the White House and sat down with a presidential advisor to talk about what I believe to be our community’s most pressing needs,” Wilson says.

“But those entries in my [resumé] don’t make me any more an advocate than the fact that I’ve spoken to the parents of my daughter’s classmates on back-to-school night or pled our case before our town school board when vital special education services were at risk.

“I am no more an advocate because I have held a microphone than I am because I’ve held my head high in the worst of times to encourage my girl to do the same.”

While Wilson’s voice appeals to many, occasionally a reader or Facebook page lurker takes issue with her representing the entire autism community. She’s quick to point out that’s not her goal.

“Over the years, I have come to see the folly in attempting to represent the entirety of the autism community in one fell swoop — a vast and diverse group with needs so disparate as to sometimes be contradictory,” Wilson says.

“That said, I am very careful to make it clear that I do not speak for anyone else. My perspective is certainly informed by hundreds upon hundreds of conversations with autistic people as well as parents, caregivers, teachers, doctors, etc. But in the end, it’s still just my perspective based upon life with my child.”