You already know to avoid exposure to chemicals like lead and arsenic during pregnancy and when your kids are little. But researchers have released a new list of chemicals that can harm your kids. 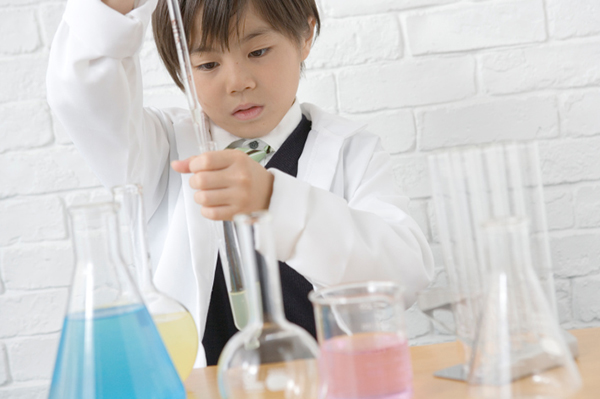 According to new research, the number of dangerous chemicals that are considered toxic to kids’ developing brains has doubled in the past seven years. Two researchers, Dr. Philip Landrigan at Mount Sinai School of Medicine in New York and Dr. Philippe Grandjean from Harvard School of Public Health in Boston, released their latest findings in The Lancet Neurology journal recently and are calling for a “global prevention strategy” to prevent children from developing neurodevelopmental disabilities due to these industrial chemicals.

According to Dr. Landrigan and Dr. Grandjean’s research, which dates back more than 30 years, brain development disorders affect 10 to 15 percent of all births, and “prevalence rates of autism spectrum disorder and attention-deficit hyperactivity disorder seem to be increasing worldwide.” These chemicals are believed to be to blame for children’s low IQ scores as well. The research also notes that behavioral problems — such as shortened attention span, increased risk of ADHD, emotional issues, less impulse control and dyslexia — can also be attributed to these chemicals.

The lowdown on lead poisoning: Safety tips for parents >>

The first six chemicals listed are those that the doctors previously identified in their 2006 study and the latter six are the latest that they’ve added to the list of brain-draining toxic chemicals.

Lead is most commonly found in paint that remains in older buildings and homes built in the U.S. before 1978.

Pregnant women have been advised by the FDA to avoid certain fish, such as swordfish, tilefish, king mackerel and shark that contain this chemical.

Though no longer used in the U.S., “old fluorescent lighting fixtures and old electrical devices and appliances, such as television sets and refrigerators, may contain PCBs if they were made before PCB use was stopped,” according to the Agency for Toxic Substances and Disease Registry.

This manufactured chemical is widely used at the dry cleaners and in paint and spot removers, water repellents, brake and wood cleaners, glues and suede protectors, according to the New York Department of Health.

Frighteningly, arsenic can end up in things we ingest such as water and rice.

This chemical insecticide is used in U.S. agriculture.

Ethanol is found in alcohol, which pregnant and nursing mothers already know to limit or avoid.

Use of this pesticide was banned in 1972 in the U.S. because of damage to wildlife, but it is still used in some countries.

Instead of feeding baby fluoridated “nursing water,” the CDC recommends that mothers breastfeed their babies.

This chemical can be found in drinking water and baby’s soy formula.

This chemical shows up in nail polishes and products found in your local nail salon, so be cautious of too many mani/pedis during pregnancy and always paint your nails and toes in a well-ventilated area.

These flame-retardant chemicals are added to a wide range of consumer products to make them difficult to burn.

The doctors added in their report that, “Many of these chemicals are widely used and disseminated extensively in the global environment. Of the newly-identified neurodevelopmental toxicants, pesticides constitute the largest group, as was already the case in 2006.”

Pregnant women and young children are at greatest risk, with the “biggest window of vulnerability occur[ing] in utero, during infancy and early childhood.”

The researchers hope to “control the pandemic of developmental neurotoxicity, [by proposing] a coordinated international strategy.” The foundation for the strategy is mandatory assessment for evidence for neurotoxicity as well as federal regulations and intervention of these chemicals on the market.

Barbie’s Newest Doll Is the ‘First Lady of the World,’ Eleanor Roosevelt

Growth Charts for Kids That Are Cute & Removable

18 hrs ago
by Isobella Jade